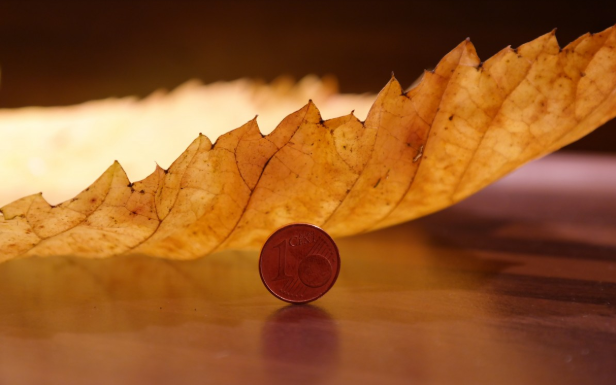 Have you ever heard about Peter Thiel? If you are into entrepreneurship, this is a good guy to follow. He co-founded PayPal and the Founders Fund (that backed Bitcoin to the tune of 10-20 million last year). He’s been a crucial element in enabling many ventures to take off, some of them are now big players. He was, for instance, one of the first Facebook investors.

Back then his stake was half a million dollars (10.2%) and right now Facebook is worth over five hundred billion. Just imagine that! These savvy business decisions are the reason why Mr. Thiel is now worth 2.5 billion.

Mr. Thiel has been regarded as a world leader and authority because of his business philosophy. It comes from a man who has actually walked the walk, not just talked the talk. Among his most famous ideas is the idea of competitive advantage.

It’s about how companies can enter an industry and give previously established powerhouses a run for their money. Take the internet search engines industry, for instance. Google is king, for sure.

Microsoft has spent tens of billions in Bing trying to make a dent in Google’s armor and it’s been both expensive and useless.

Google still retains about seventy-five percent of the world’s market while Bing usually gets users from Windows’ default settings in new PCs. Why is it that nobody has been able to compete with Google really? There are billions to be made by achieving that.

Because everybody else has lacked competitive advantage so far.

Mr. Thiel’s book, Zero to One, posits that new companies can enter markets in two ways. One way is just to avoid all competition by going for a new industry thus establishing themselves as a category of one (which was what Google was, for the most part, at the time it came online).

But there’s another way. They can go into an established industry with established players (and beat them) as long as they have a product that offers a tenfold advantage.

Now, tenfold doesn’t sound particularly subtle or elegant, so it doesn’t fit well into economic theories or MBA courses, but it offers a standard that’s easy to understand and assimilate.

It just means that if you are the new kid in town and your product is not ten times as better as that of the companies who were in the field before you, then customers won’t have much incentive to prefer your product over theirs.

Markets are arguably efficient enough to notice a product that’s even only ten to fifty percent better (this remains a controversial idea). The point here is that a product that ahead of the competition (even by just a smidge) will attract users and their money.

But real-life consumers do not have “perfect” information, and they don’t take “perfect” decisions either. Who really tries both Comcast and At&t for a full month before choosing which one is best?

People tend to feel safe with the products and services they already know, and they like to stick with them. Making them change their mind needs for them to see an overpowering advantage in switching.

Mr. Thiel illustrates his point in the book using solar energy as an example. So far it’s failed to bloom as most economists thought it would by this decade.

Besides that, no company has been able to stand out from all the others as a better or cheaper option than all the rest. As a result, people keep relying on electricity produced by power plants and gas.

Mr. Justin Sun, Tron CEO and founder, studied entrepreneurship under Alibaba‘s Jack Ma and is well aware of the ideas presented by Mr. Thiel’s book and he’s taken them all into account in building and leading the Tron Foundation.

Tron is indeed a category of one, for a start. It is a blockchain, it is a crypto coin, but their mission and scope are much wider than Bitcoin, Ripple, or any other cryptocurrency. Tron aims to use the blockchain technology to decentralize the web at full.

In particular, they want to empower content creators so they can monetize all their content without any big corporation taking away from them even the smallest chunk. Tron is not about taking fiat currencies or the banking system head-on (as Bitcoin is), but about making the web more democratic.

It’s not so much a threat for Bitcoin as it is a fantastic project worth investing in and keeping in sight. That is Tron’s tenfold advantage. So Tron is tackling the cryptocurrency world by being both a category of one organization AND having a competitive advantage. That doesn’t happen very often.

Amazon will adopt Ripple (XRP) this year. Here are three reasons why