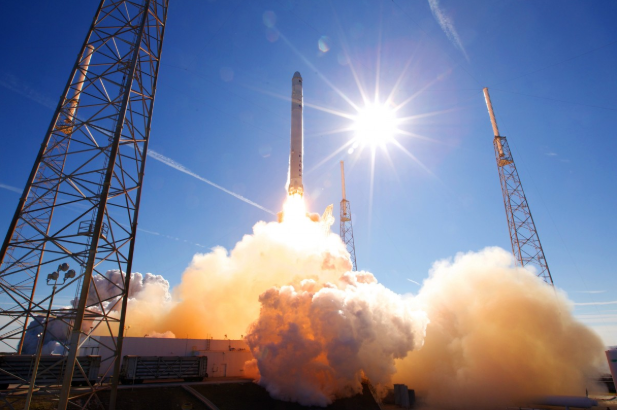 As Tron’s new Main Net launch gets closer and closer, Tron’s TRX has been at the forefront of a rally in the cryptocurrency exchanges, increasing in value more than twice since this March when it was at its lowest.

Let’s be careful, this incredible rise and the excitement that’s surrounding Tron in particular and cryptos, in general, owes something to just the usual speculation that goes on in every market, that’s just Economics 101. That being said, it’s also true that Tron has managed to create interest and expectations at a higher rate than most other currencies in the industry.

Mr. Justing Sun (Tron’s founder and leader) communicates openly with the Tron community and TRX investors frequently, so he’s been able to build huge rapport and loyalty between the organization, users, and investors.

This is exemplified most recently by the successful launch of the Test Net, just this March, which was a trial platform for the Main Net and worked so well that allowed the foundation to move the actual Main Net launch. It was initially scheduled to happen in June, but the success the trial has given confidence to users and developers to make it happen earlier, in May.

Because of the coin’s performance and Mr. Sun’s skillful PR, Tron’s TRX has achieved the esteem and recognition from the crypto-world community in general. They have also managed to establish regular relationships with investors and enthusiasts in which all parties concerned want TRX to succeed.

But not everybody appreciates Mr. Sun’s transparency all that much. Some detractors and skeptics have accused him of just using Twiter and PR to create hype and rise TRX’s value artificially. Yet, the fact remains that Mr. Sun has shown excellent skills and leadership and he’s found a way to put those skills to work and make TRX a considerable success ultimately.

Maybe we shouldn’t expect anything less from a graduate of Jack Ma’s University, a former collaborator, and long-time protegé. It’s even rumored Mr. Jack Ma could get involved with Tron because of the close personal relationship he has with Mr. Sun. Tron’s founder has been delivering on every promise lately, so it’s hard to understand how that could be called “just hype”.

And now he’s taking advantage of the great news and success Tron has had over the last few months to bolster a new marketing strategy that’s more nuanced. This new approach clearest example is Tron Foundation’s Project Genesis, which features a two billion dollars payout targeted towards developers, so Tron’s development is guaranteed through incentives and rewards.

Incentives: You reap what you sow

Tron’s current transition process is one that will change the foundation and the coin for good. For most of last year and this year’s beginning, it was price speculation that made it grow, at least in part. By January, TRX’s growth rate was at 15000%.

That remains their all-time high which made it one of the biggest winners by the 2017’s end. But Mr. Justin Sun and Tron Foundation have learned that leaving speculation alone to account for the coin’s momentum is not a good long-term goal, as the drop it experienced in March showed only too clearly.

That March’s experience taught the Tron team to proceed to support their coin in more nuanced ways than Twitter posts and grabbing headlines. It will be all about incentives that can increase the interest and development that will turn Tron into an industry leader.

The reward pool for Project Genesis is just huge. It targets core developers for the Main Net platform and the incentives it’s offering them are massive. They will spend two billion dollars on incentives that will reward several ongoing projects relevant to ensure the coin’s technology further development.

The primary goal is to gather support for TRX application development once the Main Net is already launched. The incentive program includes several attractive features such as a bounty program that will reward the Main Net system debugging efforts, a loan project (which already came up with a 100k loan last week) to encourage TRX innovation, and some other, smaller, monetary compensations for community members that help with Tron’s name development.

Tron’s Main Net and new technology will not be just aimed at supporting a cryptocurrency, but it will be a full application development platform aiming to be the world’s most versatile platform based on the blockchain. This means that it’s not enough for the Main Net to go online, there must be apps available so that its advantages become clear to a wider user pool.

And that’s what all those incentives are meant to achieve. The features promised for the Main Net are already quite impressive, of course. No fees, a scalation capability that could manage more than ten thousand transactions per second, the ability to create new currencies based on this blockchain.

So if you’re at all familiar with the crypto world, you’ll notice that this kind of thing is already available through Ethereum and the ERC-20 blockchain, except Tron, is aiming much higher in terms of versatility and performance.

Tron has already achieved the industry-leading powerhouse status. Maybe the price won’t soar too dramatically over the next few weeks but what you have to keep in mind is this: Tron is going for long-term growth and exponential rates of adoption. And they might just get it right.

Here is why Ripple XRP is mostly misunderstood