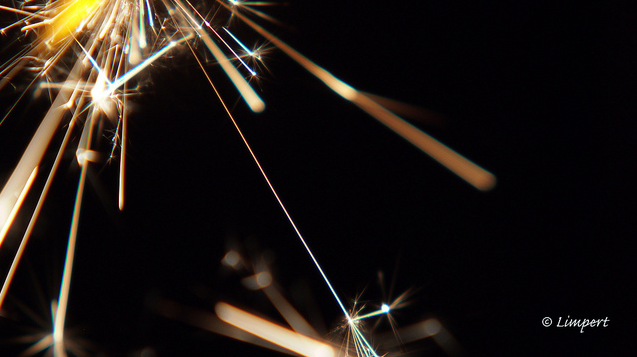 Tron will leave Ethereum’s blockchain technology (ERC20) behind as this month ends and will become entirely independent. Then their tokens will also migrate on June 25th once Tron’s Main Net is thoroughly tested. At that point, Tron’s TRX won’t rely on ERC-20 at all.

Tron’s CEO and founder, Mr. Justin Sun, started a countdown regarding the event. It’s been embraced by the crypto community and has brought Tron new attention, partners and listings the world over. So far, more than ten global exchanges have declared to support Tron’s migration (Binance included).

Tron’s team has made a point of keeping their community updated by creating a newsletter that they published recently, and no one else but Justin Sun himself authorized that.

The letter detailed all about the new upgrade process and the launch’s schedule. It even included previously unavailable information about a virtual machine that will come online six days before the net release. 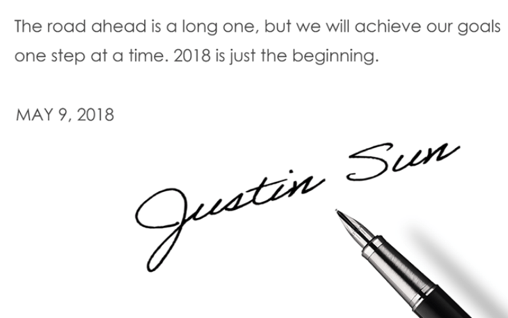 The letter authorized by Mr. Sun!

Mr. Sun announced that TronVM v.0.1 is going to be released on May 25th, and he stated how excited he and the whole team are about this (they are not alone, the entire crypto-world is excited!). The new virtual machine will allow the old Tron dapps built for Ethereum initially, to work on the new Main Net without problems.

There are adapters that developers can make use of to migrate their apps smoothly from Ethereum to Tron. The VM is a run-time environment capable of creating smart contracts and carrying out transactions using Tron’s new blockchain. A reward program was also announced for developers who move from Ethereum network to Tron.

On the last weekend, May 12th, Tron tweeted regarding the update by posting:

TronVM v.0.1 will be launched on May 25. This version will be fully compatible with the Ethereum VM. All Ethereum developers will be able to use an adapter to migrate seamlessly from Ethereum dApp projects to #TRON . We will offer a reward program, stay tuned!

The whole Tron team is hoping for a seamless, hassle-free adaptation period in which tokenization will get unrestricted support from everybody. The exchanges that carry Tron have been very clear that users will face no inconvenience at all during the migration. Every transaction will be automatic, done by the exchanges and the Tron team, so there is just no looking back at this point.

This is a reward for TRON holders. Don't you get It? It will help significantly with the price.

Excellent! Go ahead for the bright future of #TRX

Another Twitter user who goes by the name Cryptoape, tweeted:

When we have huge amount of dApps we burn alot of coins ????

Tron your moving the world in to a new direction

If I was Ethereum, this tweet would make me seriously uncomfortable. Go #TRX #TRON

These developments have helped Tron and its market performance for sure. It’s just been going through the roof. The number of Tron’s TRX holders went above a million which is nothing to laugh at.

The market hasn’t been so optimistic as it’s given TRX a $0.073 value after their highest $0.08. Tron’s has lost 10.4% over the last seven days, but Tron remains the tenth best coin and chances are it will go up again. Consequently, I must say that Tron more likely will throw more surprises on our way even before its Mainnet launch – as this crypto apparently loves surprises.

The already granted future of Tron (TRX) and Ripple (XRP)

Bitcoin Cash Struggles Against Resistance Ahead of Block Size Increase