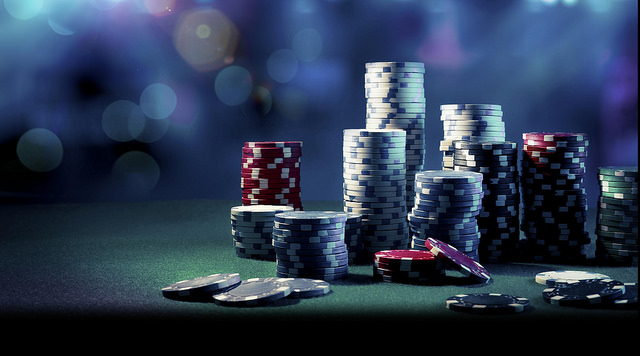 The cryptocurrency market seems to be going down one more time, but actually, that’s something not that worrying considering the fact that cryptos always find a way to go up again. The behavior of the virtual coin industry is always fluctuant, a point of which many take advantage of and play some great cards while there is an opportunity available.

That can be especially the current panorama in the industry. While many are worried about what’s the fate of the cryptos leading the charts, others are thinking strategically and are taking a close look at the best tokens to put their bets on. If that’s your case, then you don’t need to worry that much, following we will recommend you the best 3 cryptocurrencies to exploit while the market is being a little shaky. Let’s take a look!

The TRX token has been a lot under the spotlight lately, and nothing is more accurate than that. This is definitely a coin to watch, it managed in just a couple of months to triple its price from the $0.03 against the USD to the number of $0.09 the unit, and that’s not even the highest value reached by the coin.

Besides, the CEO of the company, Justin Sun, has been working tirelessly building up a robust platform, as well as solid partnerships with some of the most relevant financial companies. Like this, it has managed to create a network highly scalable and secure.

The company is about to launch its Mainnet at the end of the month, and this change promises great possibilities such as migrating from Ethereum protocols. As the company unlinks from Ethereum, it is expected to gain value in the next days. The current price of the token is $0.070 per unit, but the experts forecast the value of the coin reaching the $2 or even more in less than five years. The same way, Justin Sun himself has said he expects the token becomes a top 5 crypto shortly.

The EOS token is moving fast in the crypto market; in fact, it recently took the well-valuated position of the 5th place in the top 5 chart of cryptocurrencies. Ever since the coin was launched in the market, it has shown an astonishing behavior, a fact that started with the deployment of an airdrop that slingshotted the token to the value of $5.5 against the US dollar.

Just like Tron, EOS will launch its mainnet very soon, having the launch of the update on June 2, the day on which the ICO will be finally closed. The current price of the coin is $13.2 per unit, with a +4% increase in the last 24 hours. However, it is expected that the currency starts a bullish movement right after the launch of the mainnet.

Finishing the list, we have Litecoin (LTC), a token that despite being currently suffering a dip still has so much to promise to its users. Recently it was announced that the coin would be added to the lists of the exchange platform Gemini, one of the most critical exchanges at the moment.

In addition, the platform for free transactions, Abra, showed its support to the coin not so long ago, a fact that would grant the token with an appearance on the Abra net. Currently, the coin is valued at a price of $138, and it has decreased in value by 0.88% in the last 24 hours, occupying the 6th number in the charts right after EOS.

Even though the coin shows some bearish movements in the last days, experts forecast it may be hitting the moon with a rise in the coming months. And not just LTC, each of the coin featured in this article is expected to hit the moon soon now – so current market-fall is a good chance for strategic crypto investors, it’s the high time for investors to bet on these!