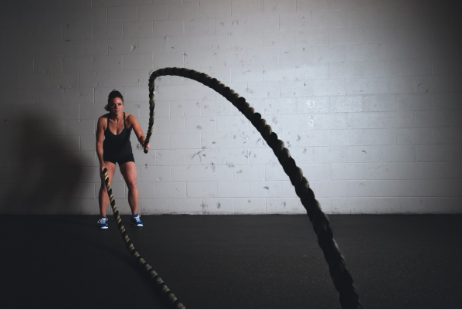 Ripple’s XRP was last year’s most profitable cryptocurrency by a long shot. No other digital asset came even close. It reached an incredible $3.00 peak last January only two weeks after surpassing the $1.00 mark.

That didn’t happen in isolation; the whole cryptocurrency market went up big time in January. Just in case you didn’t notice it was in January when Bitcoin exploded, which didn’t happen in a vacuum either. The whole market erupted at the time. And then, there was an adjustment, just as it was bound to happen.

Ripple felt that adjustment as well and it went down. As I write this XRP is valued at $0.60, which is a far cry from the $3.00 it reached last January. While this could seem like a big hit for Ripple, you’d be wrong to think it was a setback.

The whole market went down after January, and it only started to go green again in April but, even within that context, Ripple’s XRP remained one of the best performing coins in the world. And it still is.

So how is Ripple managing to keep ahead of the pack when things go down for everybody?

Well, there are several reasons. It’s liquid, it’s reliable, and there’s a massive supply in the market. That helps with stability. Also, it’s listed in more exchanges than any other cryptocurrency (yes, that includes both Bitcoin and Ethereum).

It’s supported by Ripple’s many platforms that cater to the financial industry, so through Ripple’s solutions, XRP is compatible with debit and credit cards and can be traded directly in thirty-four different currencies. As things stand, no other alt-coin can rival Ripple in terms of liquidity. That’s one reason.

And then there are the numerous partnerships Ripple has been able to secure.

Keep in mind that Ripple designed its technology and its cryptocurrency to be a means to carry out international transactions.

No, Ripple doesn’t really want only the Amazon or Alibaba to start accepting XRP payments, not at all. What Ripple aimed for from the very beginning was to create a cryptocurrency that banks, remittance services, and other financial institutions could use to settle transactions across borders.

The thing is: they’re actually doing it. During the last Consensus conference (a crypto event organized and sponsored by CoinDesk), Ripple’s Chief Cryptographer made a live demo of an international transaction (100 USD transferred from the US to Mexico) that was completely settled, receipt and all, in two minutes only and at a ridiculous cost (about 1/10,000 of a cent).

If you’re not impressed yet, it’s because you’ve never tried an international transfer. Those things usually take a lot of red tapes, they are very error-prone, and they’re never settled in fewer than three days.

Ripple’s tech results are so impressive that they’ve persuaded seventy-four of the world’s biggest banks to join the Ripplenet, and use it to carry out all their international transactions. This creates demand for XRP because all the transfer fees must be paid in XRP.

Among Ripple’s current biggest partners are Banco Santander (substantial global presence all through the world, and it’s thought to be the best bank in the world in current times), Oman’s BankDhofar, Japan’s SBI holdings and Western Union among other giants.

Ripple’s XRP is a crypto coin that is already making itself useful in the real world, and some of the world’s biggest banks are creating demand for it as they do business.

That’s why, despite market fluctuations, Ripple is still going strong (potential wise on the whole) in the crypto world, and even though it is currently in the red alongside the whole market, the coin will more likely bounce back to green-bag shortly (quicker than the big guns).

Bitcoin (BTC) Technical Analysis – Under Pressure And Seeking Some Relief

Watch out! The Tron (TRX) big bull is charging this way!