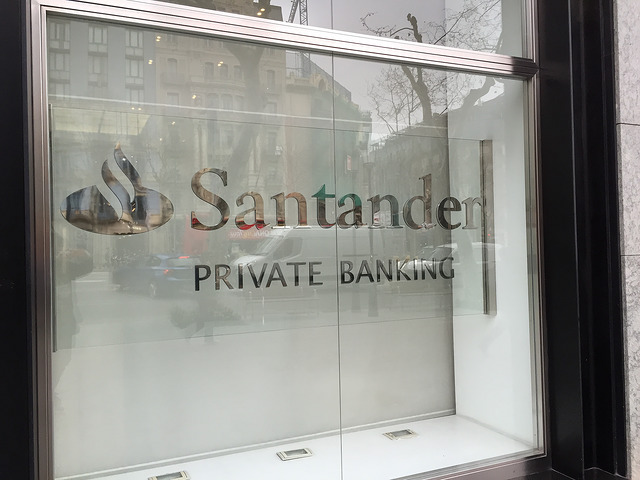 Ripple is one of the most talked about currencies these days, which is no wonder at all since Ripple is one of the most real-life integrated cryptos currently present in the market. In addition to this case, Ripple has been tested by numerous banks, banking institutions, and financial services, where these parties have taken over testing of XRP and xRapid for fast transactions on global levels. Although these institutions state that they have no interest in XRP as a cryptocurrency, this case is not preventing Ripple in acquiring new prospective partnerships that could sky-rocket this currency and its technology.

Ripple Partners up with Santander Bank

Two days ago, on April 12th, Ripple has announced its partnership with Santander Bank, which significantly pushed its value up in the market, resulting in the price of 0.5$ per one XRP unit, which is the highest price this currency had in weeks.

It was immediately obvious from that point on, that Ripple would be able to benefit greatly from this newly acquired partnership. Santander bank is actually one of the biggest banks in Europe, so its appreciation of XRP technology definitely adds more value to Ripple.

During the announcement of the newly acquired, and a pretty important partnership, Brad Garlinghouse stated that Ripple is further planning on realizing the idea of the Internet of Value. Apparently, Santander bank should be able to aid Ripple in this amazing venture that could revolutionize the world of cryptos.

Mentioning the word “crypto”, Brad Garlinghouse, Ripple’s own CEO stated that Ripple is not a cryptocurrency in reality, as it is also stated in the whitepaper of XRP. Garlinghouse added that this “currency” as we are all calling it, is actually a digital asset as it cannot be currency by any means if you can’t go to Starbucks and use it for paying for your coffee.

Thinking about the way blockchain technology works, we can’t miss on noticing that it works similarly to how the Internet was working as it first appeared. The Internet served the purpose of transferring and exchanging data, but at the time it first appeared it was deeply unorganized and unregulated, which reminds us of the way blockchain platforms are operating now.

The only difference is that blockchain actually has the ability to exchange real value. There came the idea of the Internet of Value that Ripple described as Web 2.0 in its official whitepaper.

On the occasion of Ripple partnering up with Santander Bank a couple of days ago, the executive chairman of this European bank, Ana Botin, stated that blockchain-based protocols for making payments are far faster, more efficient and more cost-effective while being safe and secure at the same time. The technology would allow Santander banks users to make transactions that would be available for the receiver on the same day when the initial transaction was made, which is the experience expected from a bank like Santander.

The chairman further added that they are planning on implementing this technology onto more than several markets already by the beginning of summer, which is pretty soon at this point.

IoV or the Internet of Value has the idea of creating a blockchain-based environment that would be able to transfer value from and to anywhere in the world just like any type of information can be transferred from one side of the globe to the other with the use of the Internet.

Ripple is planning on creating such environment and it seems that this company is getting closer to making the Internet of Value into realization with each partnership they acquire, especially with the fact that they are now being used by MoneyGram and more than several other financial services and banking institutions.

The main objective the XRP has is to lower the costs of transactions while making transactions a lot cheaper and easier to process with a minimal percentage of errors and bugs present in the system. In addition, to enable everyone to exchange any type of value via their system, Ripple is also aiming at cutting the time needed for processing transactions that are being sent globally. So, with Ripple’s technology, payments can be available and processed within seconds instead of 3 to 5 days, which is an amazing progress.

Santander bank seems to be sharing this idea with Ripple, so this bank launched an application called One Pay FX, partnered up with Ripple. This application is available in UK, Brazil, Spain, and Poland and should soon become available in more countries.

This app is powered by Ripple’s xCurrent and it enables users in the named countries to send their transactions globally with only using their phone. All transactions made via One Pay FX will become available for the receiver at the same day on which transaction has been made instead of waiting for 3 to 5 days which was previously the case.

Although XRP was doing pretty fine with the announcement of their partnership with Santander bank, which is one of the biggest banks in Europe, it seems that this digital asset is dropping once again as the majority of currencies are falling in the price as well.

After the most recent change in the market, Ripple started to trade in the red while losing -7.39% against the dollar. In addition to this case, XRP is also trading down against BTC for a bit over -6%.

With the latest change, Ripple can be purchased at the price of 0.63$, which is still far from its all-time high of 3.33$ as recorded at the beginning of January 2018.

Is TokenPay Partnering with Verge (XVG) a Real Deal?