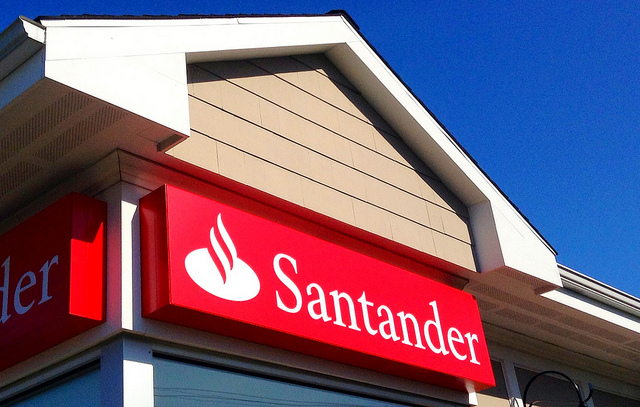 Major financial institution Santander recently announced that they have partnered with Ripple to provide international bank transfers. Despite arriving on the scene fairly recently, compared with other altcoins, Ripple has proven itself to be a cryptocurrency dynamo. Their meteoric rise to relevancy began late last year and resulted in a slew of major partnerships, including Santander. Santander itself is a global banking group with branches across Europe, North and South America. While Ripple established itself as the payment protocol of choice for progressive banks, this is the first full-scale release.

Santander’s UK CEO jubilantly announced their upcoming app at the International Fintech conference in London. The app would help facilitate cross-border payments in a matter of hours rather than a matter of days. Unsurprisingly, they chose Ripple to help facilitate this functionality. The app will initially serve four markets; the UK, Spain, Portugal, and Brazil.

They further expanded on the trial program they ran in 2016. Staff assigned to test the protocol reported their transfers taking less than a day. This is particularly impressive when you take into account the average transfer time on legacy banking networks. These outdated financial back-end networks can take days to process a cross-border payment, sometimes up to a week. Unlike traditional transfers, that require intermediaries as they travel internationally, RippleNet is processed entirely internally. As such, costs are significantly lower than comparable current networks.

Adoption at this level is advantageous for Santander but also establishes a precedent. Other financial institutions will have to provide comparable speeds or risk irrelevancy.

Ripple’s product suite includes three separate modules, of which Santander chose xCurrent. The xCurrent network grew out of the original RippleNet platform. Compared with xVia and xRapid, xCurrent is more focused on international transfers and thus is the perfect fit for Santander’s new app. Along with the expected advantages of a distributed ledger for currency transactions, xCurrent offers in-network messaging. This messaging is critical for end-to-end confirmations that are necessary for cross-border payments.

xCurrent also includes the Ripple produced rulebook – an attempt to set an inter-bank standard for network platforms. Legacy networks often communicate poorly with one another. Although these issues were long ago solved in the consumer computing industry, they persist in financial institutions. Standardization through Ripple’s rulebook would help alleviate these problems.

Also beneficial is RippleNet’s internal fiat exchange, a feature available on several of Ripple’s products. Using their XRP cryptocurrency as a medium, RippleNet can rapidly transfer one currency to another. Even currencies that do not have a traditional trading pair can use XRP as a bridge currency. The fiat sold by the initial user remains within RippleNet in a liquidity pool until it is needed on the other side of a transaction.

This is the first forward facing cross-border payment solution to use Ripple’s products. It is not, however, the only major partnership working towards blockchain integration. Western Union announced that they commenced a trial operation with Ripple’s xRapid product. The xRapid network focuses on the liquidity solutions offered through RippleNet. Ripple has also made inroads into the Asian markets with LianLian and SBI Holdings in China and Japan, respectively.

Ripple proved itself as a blockchain powerhouse, seizing the number three spot by market cap. Over the course of the past few years, Ripple’s partnerships made them stand out in a field of struggling altcoins. The future is bright for Ripple’s payment protocol, and early adopters still stand to capitalize on this fact.

Verge (XVG) is Asking for Donations to Unfold a Mystery Partnership