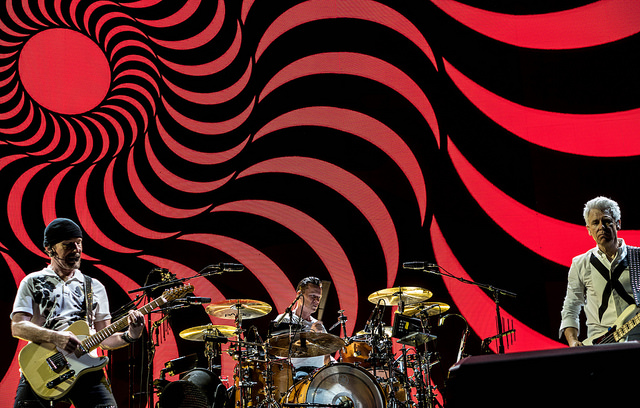 The music industry has a long history of extracting every last cent from musicians, before leaving them high and dry at the drop of a hat. The record label stereotype is greedy and even blood-sucking, entirely out for themselves despite their existence to promote and support promising musicians. New blockchain start-up Potentiam is looking to change that. Their vision is to leverage the power of the blockchain to seize control and put it back in the hands of the artist.

Founded by the same group that brought us the music discovery platform Britznbeats, Potentiam is still in early alpha. Despite this, they attracted a test user base of over 5,000 artists – all eager to get started. Starting with music creation through decentralized applications, the platform goes all the way through licensing to public performance and venue booking.

Potentiam’s ambitious roadmap involves supporting their artists at every level of music creation and distribution. To this end, they intend to create a series of modules that will replace every aspect of a traditional record label – starting with their digital production studio. Hosted as a decentralized application on their blockchain, the digital studio offers a robust suite of tools to musicians. All aspects of music recording and editing are available, as well as various operations for collaboration.

Once the music is complete, the program adds it to the catalog management system. Copyright is partitioned out to the collaborating artists, and all pieces within the catalog become available for sampling. If another user samples an artist’s song, the original artist receives a prompt for licensing rights. They can then accept or refuse on their own terms. After establishing their catalog, the artist can then use a full suite of modules to get their music out to new fans.

The Potentiam distribution modules offer an entire array of options for generating income. The traditional pathway is through their digital distribution module. It serves as a gateway into traditional media services like iTunes and Spotify. It gives the musician the tools that they need to upload their music to these services. Revenue generated through these services routes directly back via smart contract and deposits into the musician’s account using the Potentiam cryptocurrency.

Should someone want to make physical media copies of the music, the physical distribution module provides that option. Manufacturers can license a user’s music for print on a CD or vinyl to create their own mixes. Often overlooked as a source of revenue, the sync licensing module opens the entire catalog up to those looking for background music and soundtracks. Through this module, users can grant licenses for advertising and secondary media. The public performance module creates a market for event and radio music. Finally, the booking agent module is a portal for venues looking to hire live bands.

Potentiam reached their ICO soft cap fairly quickly – generating almost three times that amount in the time since. However, they have decided to extend the ICO program for an additional month to get closer to their projected hard cap. Given the low price of Ethereum in the current market, this gives new investors a golden opportunity to purchase Potentiam. The development team, heavily invested in blockchain technology, pegged their PTM tokens to Ethereum. This means that PTM is at a significant discount for as long as Ethereum’s price remains suppressed.

While everyone complained about the predatory practices of the music industry, Potentiam came up with a plan to curtail them. Their development team has set an aggressive timetable and delivered on their promises. Their artist base is already measured in the thousands, and that is just for the initial alpha test phase. The Britznbeats team brings experience within the industry and a history of discovering promising musical talent. All indicators suggest that Potentiam will succeed in their endeavors, offering investors a chance to get in on a big project early.

Potentiam’s extended ICO will end on April 23rd, and tokens can be purchased directly on their website at http://www.potentiam.io