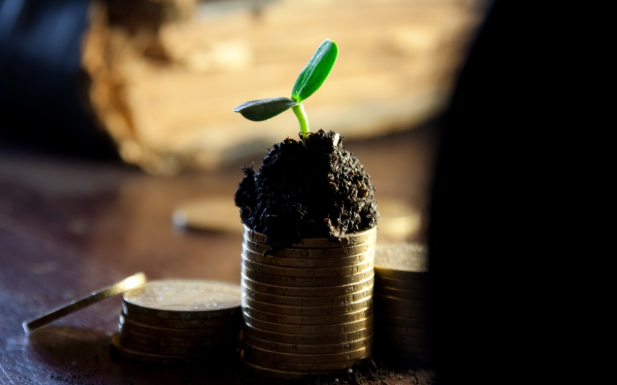 The social trading and investing network, eToro, carried out a survey in order to understand investor engagement levels in cryptocurrencies. This survey includes findings of proportions of investors’ trades and they also endeavored to find out which was the most profitable coin over the last year.

The survey includes the data from March 2017 to February 2018. This is the period that includes Bitcoin’s boom so it’s particularly significant, besides the fact that it covers a full year.

Ripple’s XRP turned out to be the most traded coin by users of all age groups with Bitcoin (BTC) and Ethereum (ETH) close behind. This is probably due to the high price both BTC and ETH have achieved. It kind of scares investors away. Bitcoin, in particular, has lost some popularity in the 24-54 demographic.

After those three, the ranking goes like this (in descending order): Litecoin (LTC), Bitcoin Cash (BCH), Ethereum Classic (ETC) and Dash (DASH). It seems that the fact that they’re forks from very popular coins keeps them in the game.

From the coins that were surveyed, Stellar (XLM) and Neo (NEO) at eight and ninth place, respectively.

The survey also found that from all current investors, only seven percent are actual experts in the field, and the same amount of people, eleven percent, have some kind of intermediate experience. This means that most investors, around eighty percent, are newcomers to the crypto trading world.

Most investors work in a job that’s related to computers and IT in some way. Other minor groups are those who trade crypto full time, then salesmen, students, and people from the financial services industry.

Some minority traders are retired citizens, work in real estate or come from the arts. Other groups include tourism, architecture, healthcare, and education.

The gender disparity is huge in the trade. Only 8.5% of investors are females which leaves the market to a 91.5% male population. But the ladies prefer Ripple (XRP), to the tune of 2%. They don’t like Neo that much (below 1%) and Ethereum Classic seems to be the manly choice at around 1%.

Ripple is ahead of the pack comfortably in terms of profitability with a 2% margin and a total 8% of average profitability. Indeed, XRP had a fabulous run over the year, starting at $0.0005 at the survey’s beginning and at $1.16 when it finished (the crypto is down to $0.60 again now as I write this article, though). That’s a gargantuan 23100% growth rate.

Ethereum came second, it grew by 7353%, from $15 to $1118 in that time period, which while still impressive, it’s a far cry from XRP’s performance during the survey’s time-slot.

So, to wrap things up, it was a very good year for all the main players. Even those that didn’t do so well, did great. But there’s a lesson to be learned from the survey. Bitcoin, being the coin that started it all, and the most expensive one is the cryptocurrency that usually gets all the attention from non-specialized media.

Now that it’s expected to reach ten thousand dollars per token in price soon again, it’s supposed to be all the rage, right? Wrong. Ripple, Ethereum, and Litecoin were considerably more profitable and, on top of that Ripple (XRP) remains very cheap. So it pays off to pay more attention to the numbers than to the hype.

VeChain (VET) Gets another Listing: Live Trading Begins on Zebpay