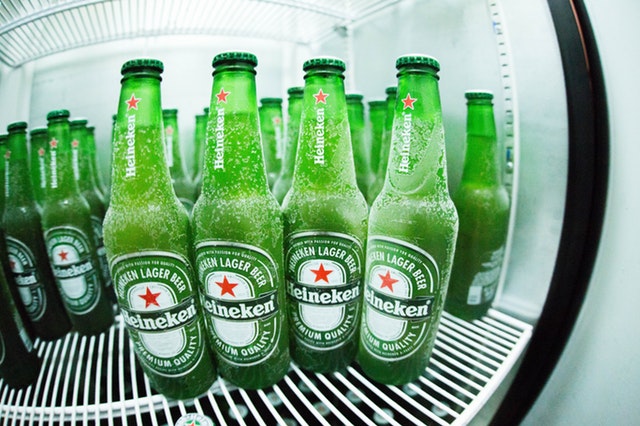 Civic (CVC) has just become another crypto to get its vending machine, and although not the first digital asset to achieve this, Civic has found its purpose in real life. We all remember that IOTA got its own crypto charging station for electric vehicles, which is based in the Netherlands, with the plan to expand to other countries as well. With this achievement, IOTA has become the first crypto to have its own vending machine, however, Civic followed up soon afterward after partnering up with Anheuser-Busch InBev.

Civic Gets a Beer Vending Machine

Weeks ago we were able to witness IOTA becoming the first currency to get its own charging station for electric vehicles that is driven by IOTA’s network Tangle, that way making IOTA the first crypto to get its own vending machine.

However, IOTA is not the only crypto with this title, as Civic just joined it as a product of the recently sealed partnership with Anheuser-Busch InBev.

Thanks to this partnership, Civic has got its own beer vending machine that is operating on CVC units.

Moreover, Civic has stepped up its game by enabling a feature that allows the vending machine to recognize the age of the user by using blockchain-based information, that way preventing a minor to use the vending machine and buy alcohol illegally while using Civic.

This is pretty important for Civic as well as for regulatory purposes of blockchain-based assets, as although Civic allows transparency, safety and anonymity with transactions, it shows that it doesn’t support lawbreaking, so the feature of age recognition is a pretty neat addition to the system of this vending machine.

At the same time, with this move, Civic showed that this digital asset owns the technology needed for mass adoption and applied blockchain technology for real-life purposes, also demonstrating the functionality of blockchain-based technology.

The vending machine was presented at the Consensus 2018 that was held during the last week and the announcement about the beer vending machine running on crypto came out around May 13th.

At the Consensus, investors could go ahead and try the beer vending machine. The team behind CVC claims that the vending machine could be easily modified to respond to Bitcoin and other digital assets as well.

How Is Civic doing at the Current Moment?

The market is once again adopting a sluggish trend so we can see the majority of currencies going down with the market trend while trading in the red.

CVC is not an exception, so we can see it dropping against the dollar as well.

During the course of the last 60 days, CVC has shown a positive move in the market as we can see it rising up by 22% against the dollar in the period of the last two months.

However, the period that followed afterward didn’t do so well to Civic so we can see CVC dropping against the dollar in the period of the last 30 days while trading in the red by -13%.

Likewise, we can see it dropping on its weekly charts, including the chart during the last 14 days where CVC is seen dropping against the dollar by -24%.

Following the latest change in the market and with the majority of the currencies going down in the red, Civic is also dropping at the end of May 21st and the beginning of May 22nd.

After the most recent change in its value, CVC has gone down by 4.69% against the dollar, while it also going down against ETH and BTC.

During the last 24 hours, CVC has dropped against BTC by over 3% while trading in the red against ETH by over 1%.

Civic can now be traded at the price of 0.322$ per one unit, which is still far from its record price of around 1.33$ per one CVC as set back in January.