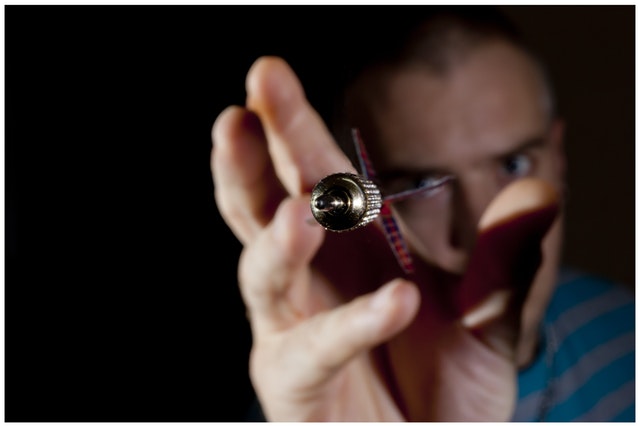 VeChain (VET) has made a quite a move once it signed a partnership with Bright Foods, that way being welcomed to being used for real-life purposes. However, we can now see it thriving as VeChain Foundation has announced a couple of days ago that they are welcoming the first ICO ever to be launched on VeChain Thor, which is VET’s own main net. The fact that VeChain Thor has enabled hosting chains for different ICOs, we can expect to see VET sky-rocketing in the following months.

VeChain Announces Plair: Thor to Have the First ICO Launched

A couple of days ago, on May 18th, VeChain Foundation has announced on their official Twitter page that they are going to have the first ICO ever to be launched in their platform, VeChain Thor.

The project is named Plair and VeChain was happy to share this news via an official post on Medium.

Although we can see a great portion of currencies going down with today’s market trend, which means that the majority of currencies are being traded in the red, VeChain has a lot to look forward to.

To address their latest achievement of preparing Thor for new ICOs, they have announced that they are going to launch Plair on their platform, at the same time supporting and advising the Plair start-up.

The VeChain Foundation has also gone forward with sharing a teaser for the Plair project, that way presenting Plair to all interested investors.

That is how the public was able to find out that Plair is aiming at changing the digital life of gamers, and it is planning on doing so by creating a blockchain-based ecosystem for gamers.

Initially, this ecosystem would allow gamers to get rewards for participating and contributing to the Plair community.

Plair Foundation’s CEO, Patrick Tang, has stated on this occasion that they are glad that VeChain Foundation accepted their ICO as they have made sure that VEN makes up for a high profile partner with the ability to provide professional advice and the technology needed for their start-up to function the way they imagined it.

Tang further added that they are looking forward to creating an ecosystem for gamers with the help of VeChain.

Moreover, Plair is planned on representing a blockchain-based eSports, with creating an ecosystem that will allow all gamers to communicate, play games, participate in different conversation threads, talk about games, watch game plays and more.

It is also planned to build different tools for a better user-end experience, so all Plair gamers would have a chance to cross-platform AI matchmaking, communication tools, gaming tools and more.

One of the milestones set by the Plair Foundation is creating a cloud computing platform for gamers with decentralized streaming and user-friendly content management, which should become available in the future as the network is being developed further.

The Plair foundation has also promised to raise at least 80% of their token sale in VET tokens. VET tokens are also planned to be used for the operational and developmental process of the project.

Further, in their announcement, VeChain Foundation stated that they have officially sealed their partnership with Plair Foundation within the VeChain Incubator.

The private sale of Plair units will start on May 25th, and you can follow up with the updates on this event by following up with VeChain Foundation on Twitter.

After a couple of days of having the majority of currencies trading in the green, we can again see a great portion of top coins and tokens going down in the red once again.

VeChain makes up for no exception in this matter, so we can also see VET going down in the red on May 21st.

During the period of the last 60 days, VET has made it with going up against the dollar by 18%, while it went up by 17% in the course of the last 30 days.

However, despite trading in the green on 60-day and 30-day charts, we can see VeChain going down against the dollar during the period of the last two weeks as it dropped by -13% against this fiat currency.

VET also mostly traded in the red against the dollar in the period of the last 7 days, so we can see it going down -9.4% on its weekly chart.

Following the latest change in the market in the last 24 hours, VET has dropped by -2.16% against the dollar, while it is also going down against BTC by -1.89%.

However, we can see it barely going up against ETH at this moment while trading in the green against this crypto for a minor rise of 0.39%.

After the most recent change in the market, VET can be traded at the price of 4.38$ per one unit.

Ripple has 55 billion XRPs in escrow. Could that be linked to xRapid?

Swingby is the “warp-speed” protocol for inter-blockchain swaps. It allows all DeFi users to move assets between blockchains without a trusted party.

Today, Swingby announces its first mainnet network will be released on the 28th of December; it will bridge native Bitcoins onto Ethereum via Wrapped BTC (WBTC).

The initial bridge will enable the most liquid digital asset in the world (Bitcoin), currently valued at a $300 billion market cap, to be moved onto the Ethereum network to tap its $10b DeFi ecosystem.

“This launch will be pivotal to Swingby. After December 28th, Swingby will have a fully operational Chaos-Mainnet network which will be generating a tremendous amount of value to the world of DeFi and bringing in a large number of new users” – Yusaku Senga, CEO

Why is this big news for DeFi?

On December 28th, Swingby will be launching its first Chaos-Mainnet bridge, allowing users to easily move their bitcoins into WBTC on Ethereum without the need for a trusted party. Similarly, the bridge can be used in the opposite direction allowing WBTC-ERC20 tokens to be moved back into native BTCs.

What’s so special about it?