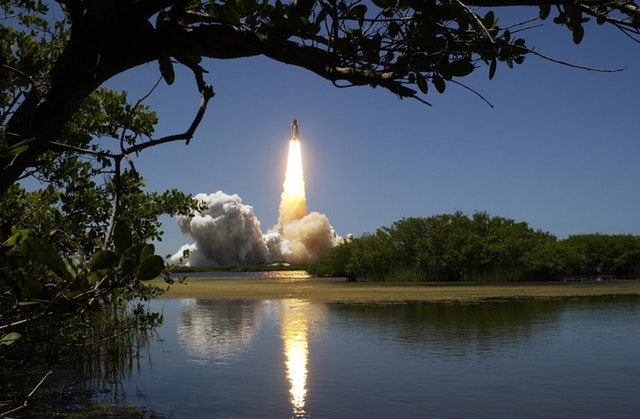 VeChain (VET), which is rapidly growing to become one of the most lucrative cryptocurrencies, has managed to find a permanent place in the crypto community for quality services, including financial services, smart contracts, and supply management, etc. Traders who are updated with the latest developments on the blockchain are likely to be aware of VeChain’s rebranding to VeChainThor (VET). The digital platform, which announced the testing of VeChainThor on Twitter, has released its updated whitepaper and development plans. With MainNet launch scheduled on May 25, the blockchain is all set to start a new chapter.

Operational since 2015, Vechain (VET) has evolved to become a leading digital platform for financial services, supply chain management, and smart contracts. As an ERC20 token powered by Ethereum network, it has a stable follower-base in the crypto community. The blockchain project, which is rapidly growing to become one of the promising investment options, is gearing up with some exciting updates to make a fresh comeback in the market.

Apart from VeChain’s (VET) rebranding to VeChainThor, this rising altcoin has announced some important updates, including the launch of the whitepaper and the much hyped-up MainNet launch.  Regarding the whitepaper release, VeChain Foundation reported, “Unveiling our ‘Development Plan and Whitepaper’ with an updated governance structure, economic model, and new use cases. This piece will gradually be updated throughout its existence to reflect the goals and growth of the VeChainThor Blockchain.”

As per the latest whitepaper launched by the developing team, VeChainThor Blockchain can be regarded as ‘the next generation of public blockchains’, which focuses on an improved governance and economic model, as well as advanced regulation and compliance abilities. As a promising non-profit digital platform, the blockchain strives to develop a trust-free and distributed ecosystem, providing users with high-end financial services which include seamless information flow and lightning fast value transfers.

VeChain Has Started the Public Testing of the MainNet

The rebranding of VeChain marks an important milestone for the currency, wherein it will enter into a new phase in the industry. The announcement which has been made official on Twitter has attracted positive responses from the investors. The development team has already initiated making plans to ensure the rebranding proceedings are efficiently executed. As per the latest updates, the upgraded blockchain has been tested in-house and is prepared for public testing.  Speaking of the public testing, the VeChain observed, “The public beta test is approaching! During this test, we will officially make our code base public. Additionally, we will be looking to bring on 100 community testers for our public alpha to work alongside esteemed cybersecurity organizations.”

After the announcement of VeChain’s rebranding, which has invigorated fresh interest in the platform, the VeChain team is waiting for the most anticipated project of the blockchain, the Mainnet Launch. Talks of the VeChain’s MainNet launch has been going on for some time now. Finally, the VeChain Main Net is ready for the public testing. The MainNet which is now undergoing public testing would be officially launched on June 30.

The developments on the VET network, which have become the talking point for many investors, are not the only thing to watch out for. As for the VeChain investors, the news of partnerships can be a driving factor. According to the sources, VeChain Foundation has officially signed on two new partnership projects, with Bright Foods to regulate the company’s management system with blockchain technology.

As an internationally reputed company operating in more than 93 subsidiary firms in China and other countries, the company boasts an annual income of Y160 Billion. The tie-up suggests that VeChain would integrate its upgraded VeChainThor Blockchain into Bright Food’s supply chain and management system.

Considering the depressing state of the crypto market, which has seen some disastrous performances from top performing currencies, VeChain’s response hasn’t been terrible so far. In fact, it is doing a decent job in the bearish market.  VEN has witnessed appreciable growth in the past few weeks, while other currencies were faltering.

The popularity of VET chain continues to soar as the blockchain embraces major developments into its system. With developments like the rebranding of the network and new partnerships renewing the interests in VET, all eyes are set on the MainNet launch.

Reasons why Tron could get listed on Coinbase before Ripple (XRP)

Reasons Why Zilliqa Holders Can Expect a Highly Profitable 2018