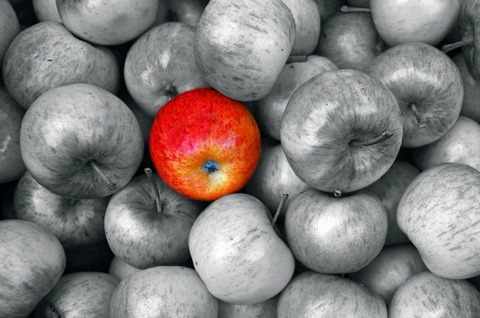 There have been two big problems about XRP (Ripple’s cryptocurrency) since it first appeared on the market. First of all is that the company, the blockchain technology, and the coin are not the same thing at all so the corporation exerts a huge influence on the coin’s use and performance. The other one is decentralization has not been applied correctly.

The first situation is that XRP is heavily influenced by Ripple. But if Ripple disappeared overnight, the coin could just keep going because of users. That being said, Ripple owns a huge reserve. Fifty-five billion tokens are held in escrow which should be released into the market over the next four years. This is possible because the XRP tokens were mined by Ripple before the cryptocurrency went live, and it gives Ripple a handle over the coin’s performance which is very rare in the crypto market.

About the other issue, let’s remember that crypto coins work because users make agreements and those agreements keep the blockchain safe and reliable. To put it simply: users agree on how many tokens go out from wallet and into the other one.

Ripple and XRP: The essential things to know

XRP is indeed decentralized but Ripple is not

As stated before, Ripple remains the biggest XRP owner in the word. It also affects considerably the way in which it’s used. If you own enough crypto coins, then you can do whatever you want with them. Pay for goods, services, or start your own global currency exchange and transfer organization.

When it comes to XRP it’s always been Ripple, not users, who have directed the way it’s used. It was even able to pick and choose the particular kind of industry they want to adopt XRP. Ripple’s idea has always been to be a cryptocurrency for international transfers (as opposed to retail and everyday use) through banks, and global wiring services (think Western Union or MoneyGram). That’s who Ripple wants to work with, but this as also led to users demanding that Ripple makes an effort to expand XRP’s use into e-commerce.

XRP’s link with Ripple has its benefits

Ripple’s authority over XRP seems a bit despotic, but it’s not all bad news. Think of Ripple as a benevolent dictator of sorts. It made it possible for some of the world’s biggest banks to adopt XRP (even if only to pay transfer fees in some cases). That would have never happened organically, it was made possible because of Ripple’s influence. Think about Bitcoin. It remains the main cryptocurrency in the planet and, even so, it has not found its way into so many relevant firms in the world as XRP has.

Because of Ripple’s connections to global corporations and banks, XRP is in very relevant partnerships with such institutional mammoths as Walmart, Central Bank of Saudi Arabia, and Japan’s SBI, just to name a few.

Those partners are creating demand for XRP, generating stability (if slowly) and guaranteeing it’s future growth and adoption.

Ripple has created a position for itself and for XRP through exceptional marketing decisions and it’s now on the next level. Those decisions have gathered attention and prestige for both the company and the digital currency. It started by donating twenty-nine million dollars for public education on donorschoose.org. Then another twenty-five million in Blockchain Capital, an entrepreneurial incubator directed at facilitating blockchain new projects to get started.

Bitcoin is, of course, top on everything. Status, influence, name, you name it. Sheer inertia could be enough to keep it on top for a long time to come. It’s not very rare to find someone who, not being a cryptocurrency aficionado, thinks that Bitcoin is the only crypto coin in the world, that fact alone is quite eloquent. So Ripple doesn’t share Bitcoin’s celebrity status but that hasn’t stopped it from amazing achievements such as penetrating Wall Street and many banks around the world through strategically relevant partnerships.

Celebrity always comes at a price, we must say. Bitcoin may be the star but it’s also been at the center of most scandals, thefts, and scams that have plagued the news about alt-coins. So its popularity has not washed its reputation and it still makes people think of ambiguity, unpredictability, and confusion.

In contrast, XRP has been gaining stability, it’s supported by Ripple and it’s seen as a stylish and sophisticated cryptocurrency. It acts, looks, and feels professional so many companies that would never go for Bitcoin would go (and are going) for XRP.

While the stock exchange and the crypto market are very different animals, for sure, they share some common traits. They’re essentially unpredictable and you can succeed in them only by sheer luck or an impeccable strategy. But XRP is just the thing to tame the beast.

It could replace the SWIFT system that banks have been used for decades and it will do that while making everything cheaper and faster for end users and banks alike. It’s already happening, as seventy-five of the world’s main banks are already doing their international transfers using Ripple tech.

Ripple and XRP (yes, both are two different things) have enough real-world pros, and it’s as safe as anything can be among crypto coins.

Just do your homework before you take a dive into XRP. Know that it’s not alone. Stellar Lumen is also going for the international transfer market and it’s supported by IBM so, it would be wise for you to hedge your bets.