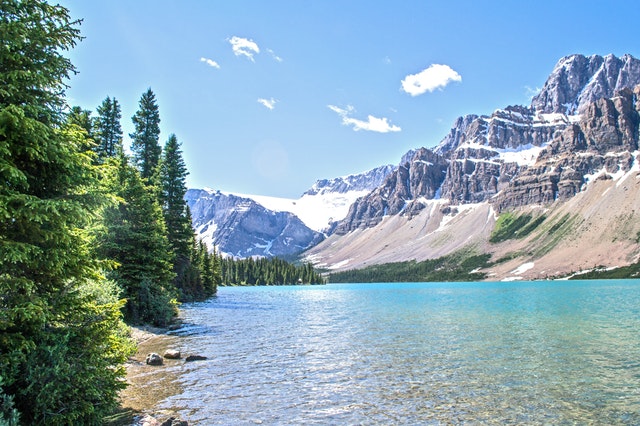 IBM announced a new partnership with Stellar (XLM) following the beginning of yet another market recovery. The plan is to use Stellar’s blockchain technology to distribute carbon credits in the form of tokens. Through mutual effort, IBM and Stellar might help reduce the damages done by pollution, and another consequence might include Stellar pushing out Ripple (XRP).

The crypto market has seen yet another period of recovery that allowed cryptos to take a break from the constant fight to simply survive and stay relevant. Stellar (XLM) is doing especially good, and its situation might improve even more thanks to IBM’s recent statement where it declared the intention of partnering up with the popular crypto. There is no doubt in anyone’s mind that this will significantly improve Stellar’s position, but some believe that it might even be enough to allow XLM to replace Ripple under the spotlight.

Blockchain technology is rapidly improving and is already being accepted and used for various purposes all over the world. Many have discovered its potential to provide a new approach to existing problems. One such example includes the distribution of carbon credit via blockchain, which is exactly what IBM plans to do with Stellar’s technology.

Stellar and IBM have been known to partner up in the past as well. However, Stellar has never been a major part of any of IBM’s previous projects. This is something that will change this time, and not only will the crypto become a part of the project, it will become one of the vital parts as well.

Both sides will be able to benefit from the partnership greatly. IBM will have Stellar’s blockchain at its disposal, while XLM will gain even more exposure thanks to IBM’s reputation.

Carbon credits are one of new means to deal with the pollution issue and will be used for mitigating large amounts of damage that corporations are doing to the atmosphere. This is a new approach which is possible thanks to blockchain technology, and its decentralization. Previous solutions had much bigger issues, including cost, centralization, as well as a lot of bureaucracy. The blockchain is capable of eliminating all of these issues, which will largely speed up the process.

Through the partnership, Veridium Labs will be able to establish the credits’ value, and the blockchain will serve as the ledger for the credits. On the other hand, IBM’s responsibility will include facilitation of the trading.

Stellar will be able to catch even more attention thanks to the recent announcement from BloomX, as well. The recent statement says that BloomX wants Stellar to be the one who will process their payments. They also added that Stellar’s network is perfectly compatible with their needs, which is why this crypto was chosen.

Stellar obviously has a lot going on for it at the moment. First, it got an excellent increase against the dollar, which was around 1.11%, and then it was chosen by BloomX. With the latest partnership with IBM, this crypto might be able to actually push Ripple away and take its place.

Your 2018 blockchain portfolio should include Verge (XVG). This is why.