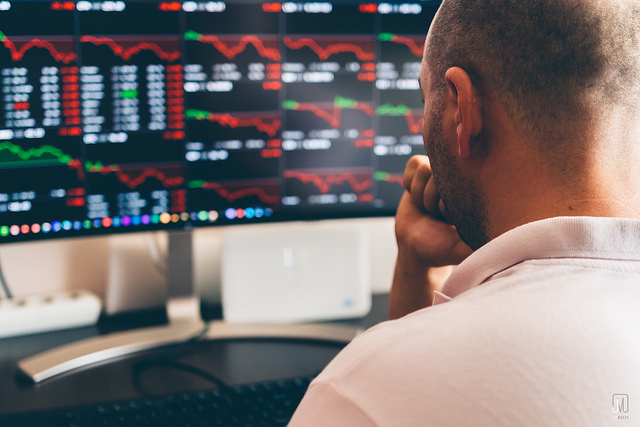 In the past few weeks, the crypto market has been experiencing a massive competition amongst a few coins that have the potential to lead the cryptocurrency by the end of the year. As we all know, Bitcoin is still holding the crown of the most popular digital currency in the world as well as having the highest market capitalization (circa 121 Billion USD on 9th April 2018), despite its recent debacles. On the other hand, Ethereum, a coin that gave the world the efficient technology of Smart Contracts, does not seem to do very well as new loopholes and limitations in its once impregnable blockchain platform are getting discovered.

Under the circumstances, Ripple and Cardano seem to be the two cryptocurrencies trying to make hay while the sun shines. Both of them have undergone a significant amount of vicissitudes in the past few weeks in the form of new partnerships and developmental upgrades. Ripple currently holds the 3rd position on Coinmarketcap whereas Cardano holds the 7th position.

Here, a few aspects of both these coins would be discussed to provide a reasonably clear picture of why both of them can disrupt the crypto-market by taking Ethereum’s crown.

Ripple was introduced in 2012 to the traders across the globe as a blockchain transaction protocol capable of offering quick and inexpensive transaction facility. Over the years, the official cryptocurrency of Ripple XRP has gained considerable popularity through its efficiency and intrinsic features. By the end of the previous month, this very stable cryptocurrency had gone through a few pivotal changes that certainly added to its pre-existing efficiency. These changes include:

a. Cobalt Algorithm Implementation: On March 27th, 2018, Ripple’s development team announced the implementation of Cobalt algorithm. Due to this phenomenon, the XRP users would be able to conduct cross-border transactions within just 1 second. This would certainly provide XRP a significant edge over big guns like Bitcoin or Ethereum as none of them can offer this facility to their users. Also, the transaction fee charged by Ripple is reasonably lower than the others and due to this new implementation; the stability of this currency would also increase.

b. Hyperledger Partnership: Partnering with the Hyperledger Consortium is another judicious decision taken by Ripple’s development team as due to this partnership, accessing Interledger Protocol or ILP would be much easier for all investors across the globe. Right after this partnership had been announced, Ripple experienced a price surge and is still following an upward trend.

Like Ripple, Cardano had also gone through several noteworthy updates by the end of March which can potentially change its future. This cryptocurrency was tokenized on 29th September 2017, and since then it has been wreaking havoc on the market through its meteoric rise. The recent developments of Cardano include:

Both of Ripple and Cardano are now in a fierce competition with Ethereum. As mentioned earlier, Ethereum is recently going through a lot of technical problems. For example, a group of researchers has recently divulged the fact that Ethereum’s smart contract is not as invulnerable as it seems and could become a victim of malicious attacks. On the other hand, Cardano’s smart contracts come with more rigidity and security. As for Ripple, the recent Cobalt Algorithm Implementation is going to revolutionize the entire process of transactions. Despite the fact that cryptocurrency market can change its face at any moment, these recent events only accentuate the rise of Ripple and Cardano to the top of the cryptocurrency chart.

We will be updating our subscribers as soon as we know more. For the latest on the crypto markets, sign up below!

Does EOS Have The Capability Of Surpassing Ethereum?

TRON (TRX) Aims To Be One Of The Top Cryptocurrencies