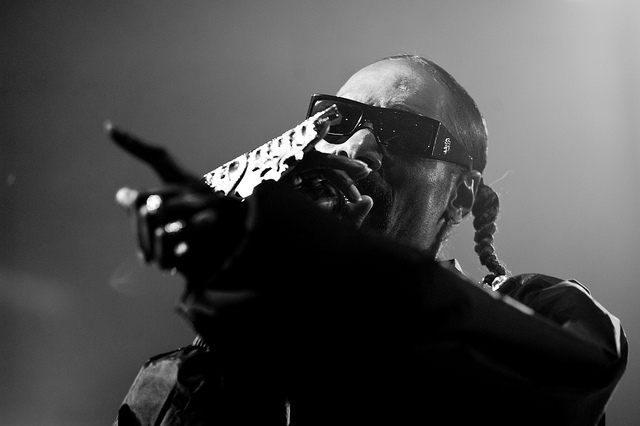 Ripple is doing an amazing job while climbing in the market towards acquiring a one dollar value per one XRP. This coin is more likely to reach the unofficially set goal by the end of this week, which would mean that Ripple will have set another goal – to get back at trading at its record price of around 3$ per one unit. However, what we are mostly interested in is the most recent competition craze the XRP team has started with two different competitions on board. And what about the main prize?

All XRP users got a chance to win a ticket to an exclusive invite-only happening held by XRP where Snoop Dog will be performing for the hand-picked XRP exclusive guests. Let’s find out more about this competition as well as what Ripple can gain from this kind of publicity.

Since the case of the most recent events, you were able to follow up with a competition hosted by XRP called, Twitter Trivia. Entering this competition you are actually signing up for answering three trivia questions about XRP and Ripple. The competition started and ended on April 26th when it was announced that all XRP users would be eligible to answer trivia questions that would be asked during the day at a random time. The fastest users to get all three answers correct are the ones who will win the grand prize.

The second competition started on May 2nd and was announced to last until May 3rd. The name of this competition is Make a Meme, and on this occasion, all users were invited to make memes and tag Ripple with all memes related to predicting Ripple’s price in a funny way and in the spirit of the pop culture.

Ripple posted a press release in the name of the NYC blockchain week, stating that Snoop Dog will be performing on May 15th for an exclusive invite-only company. Due to the importance of this event, Ripple will reward the top 10 competitors from both competitions, Twitter Trivia and Make a Meme, with tickets to this exclusive event. They have further added that tickets for this event are not available for sale as the initial happening is being made for invite-only guests with the exception of also hosting this event for top ten winners.

Ripple team has also added that they are celebrating because they have managed to create faster, more scalable and cost-effective system that showcased that collaboration between cryptos and the “real world” isn’t that far away.

Can Ripple Reach 1$ Price Over this Weekend?

However, we can see Ripple dropping against BTC at a minor rate of decrease while it has also dropped against the dollar, only to get back up again for 1.23%, while trying to remain its stability against this fiat currency.

Now, when Ripple is being traded at the price of 0.88$ per one unit while still being traded in the green against the dollar, although with a slight decrease that occurred in the last few hours, we can still see Ripple surging towards 1$ per one XRP in case the market doesn’t decide to plummet once again.

Ripple has been among the top three cryptos that have managed to get close to or managed to achieve, the set goal price. That is how Bitcoin is approaching the price of 10.000$ per one BTC, while Ethereum has passed the value of 800$ per one unit.

XRP has dropped for a couple percents against the dollar while we can still see it dropping in oppose to Bitcoin, which means that Bitcoin is doing better than XRP at the moment.

However, Ripple showed a pretty flattering rate of volatility when it managed to rise back up again against the dollar only a couple of hours after dropping.

With the latest change in the market, Ripple can be traded at the price of 0.88$ per one unit, which is still far from its record price of around 3$ that was set back at the beginning of 2018, in January.

A Blue Ocean For TRON (TRX)