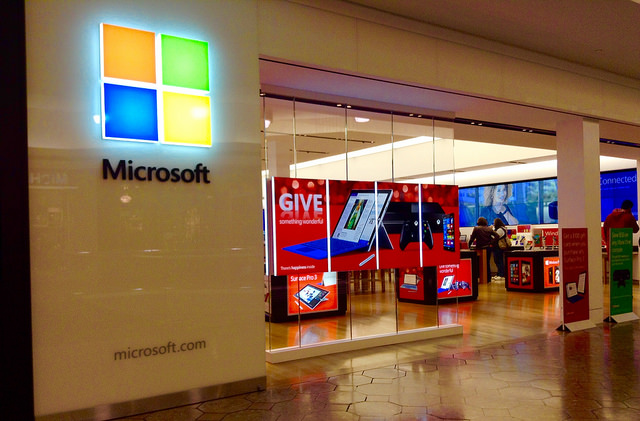 How Microsoft excelled in the computer technology industry, when so many others failed, is an intriguing story in itself. One of the primary reasons is that the technology used by Microsoft has proved to have more usability and durability than the ones used by other firms. However, another major factor that has attributed to the success of Microsoft has been its ability to successfully market its technological ventures.

One of the most successful marketing strategies of Microsoft has been the donation of computers, to low-income school districts in the 1980’s. This earned the tech giant major publicity through mentions in school newspapers, local radio and local television shows. This dissemination of information at grassroots level helped the tech conglomerate create its consumer base and garner significant self-promotion.

How Ripple Has Replicated Microsoft

Ripple has been replicating this marketing strategy of Microsoft with the aim of expanding its consumer base. The virtual asset company has been implementing similar marketing tools, one of which has been the recent donation to a school crowdfunding website called DonorsChoose.org, of an amount of 29 million dollars’ worth of XRP. This particular website is well-known throughout America for raising money for educational purposes such as books, field trips, and other necessary school supplies. Till date, this website has been successful in funding about 1.1 million school projects and reaching out to nearly 27.7 million students.

Ripple announced that this donation is the biggest ever gift made to a single charity in the history of crypto verse. Thousands of requests made by public school teachers made on the crowdfunding website DonorsChoose.org were fulfilled. The official press release of the company declared that this using this huge sum of money, classroom materials was bought for 28,000 teachers of public school across the 50 states of USA.

The founder and CEO of DonorsChoose.org, Charles Best, said that he had approached Ripple on account of the fact that Brad Garlinghouse, the CEO of Ripple has been involved with the charity foundation. A mail was then sent to Ripple executives describing the possible impact of this philanthropic action on the public school system of America. This is till date, the biggest effort made by Ripple to carry out a social program in a formalized capacity. The crowdfunding website, DonorsChoose.org has finalized on the decision of liquidating the donated amount of the Cryptocurrency Ripple into U.S Dollars over the subsequent weeks to ensure that the market price does not get affected at the current exchange rate, this donation is actually worth an amount slightly under 50 million XRP. Had the donation made in January, it would have amounted to only 7.5 million tokens of XRP as the peak global average of Ripple would have been, at that point, 3.84 dollars.

Ripple made the following announcement on its blog site:

“Today marks the first time in 18 years where the total number of projects on our site reads ‘0.’” DonorsChoose said in a blog post. “Thanks to Ripple’s gift, over the next few weeks tens of thousands more boxes full of supplies will start arriving in classrooms across the country.”

After Ripple made this hefty donation at DonorsChoose.org, necessities of 35,600 classrooms will be funded. This donation is slated to send immense product awareness throughout America, a region that has slacked in the valuation as well as knowledge of XRP, even though the entire conversation around cryptocurrency in the country stems from mass media generated FUD frenzy. The announcement of this donation by Ripple has resulted in a significant amount of media traction and national news coverage for Ripple.

XRP now will be used as digital means for paying for books, classroom equipment, technology, and student trips. Basically, cryptocurrency is bound to take over the computer tech industry. However, the general public perception of cryptocurrency that it is just some kind of financial speculation which is filled with schemes to make quick money in uncertain ways. Not many actually understand that the technology of cryptocurrency can go a long way in serving the society while also garnering positive publicity for itself. This donation from Ripple made to DonorsChoose.org will yield in a significant amount of product awareness for the cryptocurrency. This well-planned marketing and social outreach venture will disseminate the real potential of Ripple amongst the general public. This is very similar to the way Microsoft had carried out social outreach programs, thus becoming the leading manufacturer of computer technology and software and essentially a household name.

Cardano (ADA): The Dark Horse of the Crypto World