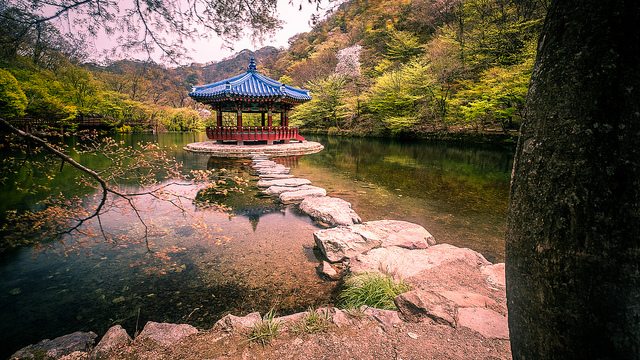 New South Korean Financial Supervisory Service (FSS) Governor, Yoon Suk-heun, has confirmed that the country will be easing the tight hold on crypto trading currently in the country. Mr. Yoon has just been nominated by the South Korean President, Moon Jae-in, to head the FSS government agency.

Upon appointment, Mr. Yoon was quick to inform reporters the following:

However, Mr. Yoon did not dwell much as to how the FSS will apply certain methodologies to domestic cryptocurrency exchanges such as Upbit, Youbit, Coinlink, Coinnest, Coinplug, Coinone, Korbit and Bithumb.

The South Korean Government has been known for its sudden crackdown of crypto-currency trading and ICOs earlier on in the year that was seen by many crypto-traders, as being the catalyst to the decline in the crypto-markets this year. The total market capitalization of the crypto markets had peaked at around $828 Billion in early January and had shown signs of reaching the much anticipated $1 Trillion mark.

However, later in January, the South Korean regulatory officials started banning some aspects of crypto trading that made the industry so attractive to some traders. The regulators started by clamping down on anonymous trading in the numerous exchanges in a bid to reduce cryptocurrencies from being used to launder money and other crimes. During that early period this year, South Koreans had been the backbone of crypto trading. The South Koreans would then reduce their trading and withdraw all, or part of their funds when regulations started being announced.

Since the crackdowns begun, the markets have declined to current total market cap levels of $333 Billion. This is a decline of 60% in 5 months.

Hopefully, and with the new FSS boss, crypto trading will resume to the levels witnessed in January. Back then, Bitcoin (BTC) was trading at around $18,000 and the crypto-verse was in turn very excited. New traders and investors were signing in by the hundreds per day, leading many exchanges to halt new registrations. Ethereum (ETH) had just peaked at over $1,300 with Ripple (XRP) also reaching new heights of above $3. Bitcoin Cash (BCH) had also stunned the crypto-verse when it was valued at $4,000 immediately after being listed on Coinbase back in January.

Only time will tell if this new development will indeed affect the crypto-markets in a positive manner.

Here Is Why Ripple’s (XRP) Will Obliterate The Competition