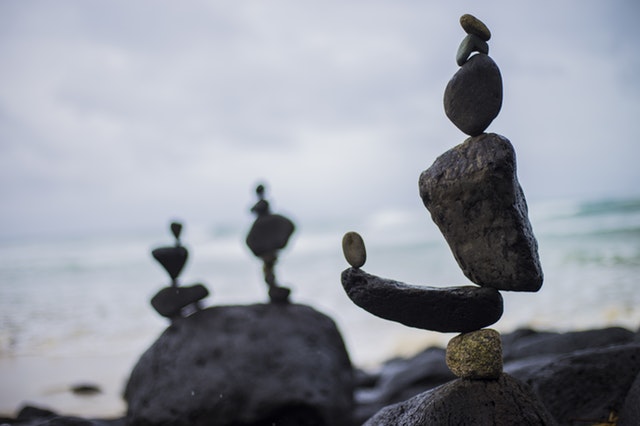 The volatility of cryptocurrencies has been one of the crypto trend’s largest problems, and it is still nowhere near being solved for the vast majority of them. However, as an attempt to combat this issue, researchers came up with a concept of stablecoins — cryptocurrencies that would be backed with real-world assets (fiat currencies, gold, etc.), or by other means, such as control of circulating supply or being backed by other coins.

However, most stablecoins were considered to be shady, and not real cryptocurrencies, as methods of controlling their prices often had a certain level of centralization accompanying them. This changed when the crypto winter struck, and investors needed an alternative that would protect them from dropping prices.

Tether (USDT) emerged as the most popular stablecoin, which is a title that it still holds to this day. However, Tether has had a number of controversies which caused many to lose trust in it and turn to alternatives to this alternative.

This is where Ethereum’s Maker DAO and a stablecoin Dai come in.

Dai is a popular stablecoin, backed by ETH coins which are locked within a smart contract. It is currently ranked as 59th largest cryptocurrency by market cap, but even so, it has been a topic of many discussions lately,

Dai coins are created within a network known as Maker DAO, which is a decentralized autonomous organization within the Ethereum ecosystem. Maker has become well-known for its ability to create dais, cryptocurrency-backed stablecoins. It uses the SCD (Single-Collateral Dai) system to allow pretty much anyone to store their ETH coins and create a stablecoin with a value of $1 per coin.

The system has become quite popular since the start of the crypto winter, and some estimates claim that around 1% of Ethereum’s entire circulating supply is currently locked up within the Maker system. The Maker and Dai share pretty much the same community, one that has been quite small, but it is slowly expanding.

What makes Dai different than other stablecoins?

As mentioned, there are several types of stablecoins, most of which are considered ‘traditional’ stablecoins, as they are backed by fiat currencies, such as the USD. Tether is one of them, but so is USD Coin (USDC), as well as Gemini Dollar (GUSD). These are coins created and backed by companies, such as Tether and Gemini, which keeps them centralized, which does not lie well with crypto purists.

Dai, on the other hand, is backed by another cryptocurrency — Ethereum. It has no central authority, and it only has its price thanks to the fact that Ethereum itself has value. In other words, ETH acts as collateral for DAI. The system that allows the creation of Dai also uses a method called overcollateralization (OC) to reduce risks and ensure that Dai will keep its value, even if Ethereum’s price drops. This requires the ratio of ETH collateral necessary to acquire Dai to be fixed at 1.5:1 all the time.

While this system seems to be working, as Dai is still quite popular for such a low-ranked coin (its daily trading volume is at $30.5 million), there are many who criticize it, claiming that the project will fail. They often compare it to the first DAO that Ethereum network had, which lost $50 million in mid-2016.

This happened because some users exploited the DAO’s code, which allowed them to take a large portion of its funds. Others claim that OC is a scheme and that neither the system nor the stablecoin should be trusted. Skeptics also believe that the regulators will crack down on Dai sooner or later and that this project will fail as well.

However, while there are clearly some concerns, the Maker Dao system continues to create new Dai tokens in exchange for the appropriate amount of ETH, and the system appears to be working. The project even hopes to expand the list of possible collaterals in the future, going beyond Ethereum itself.

Not only that, but there was also speculation that other cryptocurrencies might try to create their own version of Maker and Dai, such as Bitcoin Cash. However, this is all still nothing more than speculation, although it might be worth noting that this could be one potential path crypto might travel in the future in hopes of reaching stability.

Could Jeff Bezos Turn to Bitcoin to Hide Fortune from Wife?