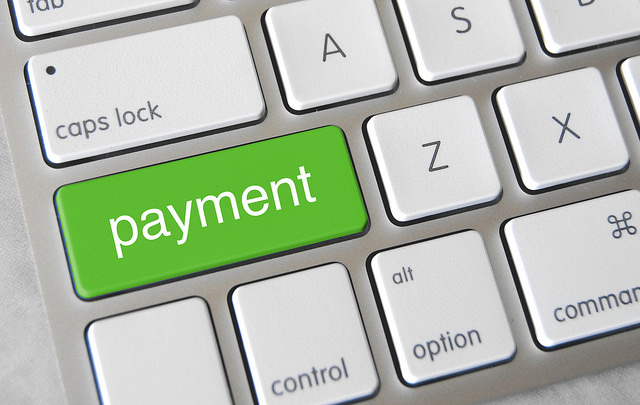 Although Ripple and Stellar share many similarities, mainly both being developed by the same person, Jed McCaleb, founder of Edonkey, they are the outturn of very distinct mindsets. Ripple was born from a corporation, the OpenCoin, Stellar was born from a nonprofit, the Stellar Development Foundation, based on the Ripple Protocol.

Despite both being instant and almost free payment protocols through gateways envisioned by Jed McCaleb, Chris Larsen’s imprint on Ripple and Joyce Kim’s on Stellar led them through very different paths. The emergence of Satoshi’s solution for the double-spending problem, the Blockchain, was a big stunner for RipplePay as the company was eventually able to provide the service it always strived for, with a technology that was perfectly fit for it. From there on, Ripple started its path of partnerships with big names, with some distinctly supporting them in terms that weren’t publicly revealed (like Starbucks), while many others are adopting Ripple’s gateways, both internally and externally, including big names like Santander.

Currently, Ripple has countless gateways, including major banks and payments services. Stellar, unfortunately, has a few. But that has less to do with popularity and potential and more with what Stellar seems to be aiming for. They self-describe as a group which connects people to low-cost financial services to fight poverty and develops individual potential. This doesn’t impede them to also be adopted by corporations, like the giant Deloitte and IBM, which announced Stellar will be the backbone if its new “cross-border payment solution”, and promised is convening with big banking partners to adhere to it.

Ripple’s initial XRP distribution in 2013 was received with a good deal of criticism, as the founders retained 20% of the total supply, which was widely viewed as an exorbitant amount by the community. In contrast, Stellar distributed their initial tokens like this: 50% of people who signed up for an account, 25% gave to nonprofits, and 20% given to Bitcoin and… Ripple holders, as they felt Stellar owed a lot to these two systems, keeping only 5% for themselves to fund operations. Ripple’s advisory board of directors, which include names previously involved with government positions and big banks, is also often seen as reproachable by critics.

For those who are not sure about how gateways function in both systems: anyone can make use of both Stellar’s and Ripple’s API and declare themselves a gateway. The amount of (any currency you can think of) will be shown as <(balance), (name of the currency), (name of the gateway)>, for instance <100, USD, Santander>, and then users send or receive using the same gateway and currency, or even using different ones.

A community deprived of access to banking systems or one in which banking transaction costs are too high, having someone or some organization in whom they trust will take care of their funds (like a bank would), can function as a gateway for the community, and that person or organization can decide how much he would charge for the service, withdrawal conditions and so on. A university, for instance, can have their own community managed gateway and cast off their need to rely on external banking systems (or, at least, coexist with them, as an alternative).

At the same time Stellar Is being envisaged as a form of small or underprivileged organized communities to rely less on big banks and payment systems, Ripple, which in the beginning was seen as a threat for banks, is going in the direction of being a great solution implemented by… Big banks and payments systems.

We can expect, if everything goes right, a future where several local communities, and Stellar’s diverse team and advisory board seems to be strongly working on that, adopt Stellar as a reliable payment option, while Ripple maintain their partnership with big banks and payment systems as a much-needed replacement of the cumbersome SWIFT protocol. In this ideal future, Stellar would be leading in the number of gateways which trade smaller volumes, while Ripple would be mainly adopted by big corporations with larger volumes, both coexisting side-by-side.

There is nothing inherently bad in being a for-profit corporation, but this usually means that their decisions will tend (and they already do) to adapt to regulation and the “traditional economy” needs, which may impact its usability and, consequently, the outcome of investing on it. Stellar also has a nemesis in front of their objective, which is local government regulations around the world, whose bureaucracy may be too prohibitive for the implementation of new gateways. With that in mind, since Stellar is making efforts to being an alternative to traditional monetary transfer using traditional banks, especially in places which most need it, we can’t exactly correlate Ripple’s success to Stellar’s flop, and vice-versa.

And what that means to investors?

Besides speculation, we can expect Ripple and Stellar value to rise as more gateways are implemented and utilizing Ripple’s XRP and Stellar’s XLM as a middle currency, which is what they were both designed for. Stellar is making a big effort and has numerous success cases in bringing secure and efficient banking and payment solutions to places in the developing world, while still surprising their enthusiasts with partnerships like IBM. Ripple protocol is also used by many major banks, with an evergrowing number of smaller gateways.

Ripple’s market cap is the third among cryptocurrencies, Stellar is the 8th, but Stellar was released 2 years after Ripple. They both seem to be growing in market cap at the same rate: which is, as of today, the highest growth rate among the top 50 cryptos.

This is the XRP/USD and XRP/BTC chart. Its price is significantly growing again after some stagnation and has finally hit the psychologically important $1 value, which usually means demand for the currency tends to increase, especially as the BTC rollercoaster ride starts to lose its speed.

This is the XLM/USD and XLM/BTC price, both steadily growing too. Investors who bought this cryptocurrency in the short-term should probably be cheerful about its growth of more than 8%.

That said, both Stellar and Ripple are revolutionary platforms and their usability and partnerships will probably determine how high they’re growing. With so many announcements around both of them, especially Ripple with Starbucks and Stellar with IBM, besides the smaller projects, holding both coins is probably a good idea, as both are presumed to have a markedly blooming future, not only bullish but as dominant protocols for exchanging money and making payments.

We will be updating our subscribers as soon as we know more. For the latest on XLM and XRP, sign up below!

Ethereum Classic (ETC) is Getting Cloned with Callisto Airdrop