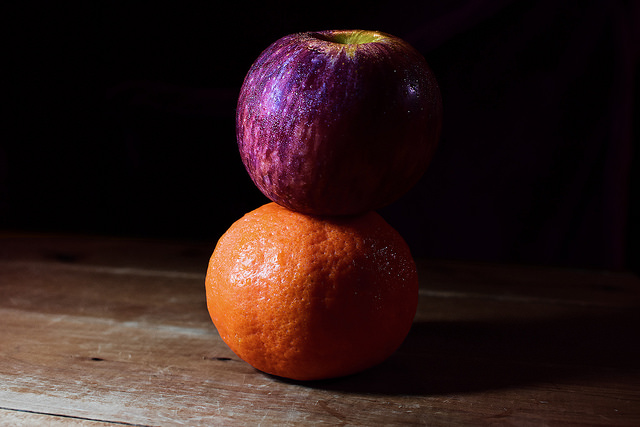 The third week of February wasn’t as easy on cryptocurrencies as we would have wanted, but as this month has come to an end, everyone is looking forward to seeing how their favorite tokens and coins are going to perform further in 2018. For now, we are interested in analyzing how well Monero and Ethereum, one of the most popular coins on the market, are doing at the moment when compared to each other.

Both coins are based on blockchain technology and both coins are created to exist within a decentralized ecosystem with no third parties involved in any of the actions being performed in these currencies. When we take a look at Ethereum, the technological feature we almost immediately link to this platform is smart contract technology. With smart contracts, Ethereum enabled its users and community members to create any type of decentralized applications any developer could possibly imagine, that way allowing all users and developers to make a profit through making these decentralized apps, otherwise known as Dapps.

With smart contract usage, you can prove ownership over any type of real estate or any other value that comes to your mind. That way Ethereum, with putting smart contracts to usage, Ethereum is preventing fraudulent activities, censorship, downtime and the involvement of any third parties. Smart contracts have thus become Ethereum’s top technological feature, drawing many users and investors into ETH community.

Smart contracts go even beyond declaring ownership and supporting the development of decentralized apps: with this handy decentralized feature, you can make deals, seal any type of business with a second party or even process loans as smart contracts are made to be legally bound.

Moreover, instead of using traditional servers where every application would have to be set on personal servers, so in case anything would go wrong with these applications, many other applications would most possibly get affected along with the users. That is why Ethereum has come up with a better way of hosting applications made through smart contracts. With their way, anyone can set up a node to host their applications, where all nodes would work separately one from another and with each application representing a unique ecosystem that can be accessed with a proper permission. This way, Ethereum is presenting a true nature of decentralized platforms.

To sweeten up the deal, Ethereum platform even has all tools necessary for any user with knowledge to create, design, program and issue their own digital asset that can work as a currency within the Ethereum platform.

Ethereum, although seemingly and nearly perfect, did have a couple of fiascos when it comes to failing technology. The first “scandal” occurred with DAO when millions of dollars were stolen, Ethereum Classic was created and Ethereum went to hard fork.

With the latest update from Ethereum developers, we were able to find out as well as ETH users, that this platform has a serious flaw in its hard fork that could easily allow a serious problem to slip through. Apparently, there was a hole in the system that made smart contracts vulnerable. That way, all users who trusted the system could easily get tricked into spending their money twice on the same transaction, while also making smart contracts highly hackable. With having smart contracts vulnerable, hackers had enough room to bind users with false contractual deals.

In order to solve this serious problem, called the Eclipse attack, Ethereum developers have come up with the solution to ignore all commands within operative nodes older than 20 seconds. That way, hackers’ commands would be ignored and all users would be safe to use smart contracts, make purchases and process transactions.

Monero, on the other hand, takes pride in its top-notch security and privacy, claiming that this currency has the highest ranked privacy among all other coins and tokens.

Monero is said to be untraceable and unlinkable, with top security within its system to provide safety for their users while maintaining a decentralized, transparent nature of XMR ecosystem.  Thanks to an awesome “piece” of technology Monero uses, called ring signatures, users’ IDs are completely untraceable. This is the case because the ring signatures are shuffling users’ identities so that the possibility of identification of any user, in particular, is lower to a minimum of all minimums.

To improve the overall security, Monero is also using a protocol that protects all users from having their payments being linked back to their account balance. Although ring signatures are protecting users’ identities, this protocol is providing another layer of security by generating temporary addresses that are actually misleading. So, by creating one-time addresses, this protocol makes users unlinkable to their transactions and their account balances, that way remaining protected while acquiring full privacy. To back up an already bulletproof system that allows maximal privacy, Monero has strong encryptions, which makes your wallet unbreakable and your funds stealth-proof. In the end, as a cherry on top of a cake of ultimate awesomeness, Monero uses analysis resistance which uses a unique protocol that allows multiple temporary addresses to get generated easily while allowing only the receiver of messages to collect these addresses. Any hack attempt would be futile in this case, so Monero can brag about its fully private, untraceable, unlinkable, safe and secure blockchain ecosystem where all users can enjoy the perks of fast and private transactions.

Monero is planning on launching MoneroV, an alternative to Monero coin, which should be released in 10 days from now on March 14th. This change would be the result of Monero’s hard fork, where all users and coin holders should get 10 MoneroV for each coin of Monero they own in the time of then launching.

The Pace of Growth: Monero vs. Ethereum

While many users are more interested in technology and protocols their favorite coins are using, that way picking their coin of choice, some users are more focused on chasing after tokens and coins based on their price and pace of growth.

Although the price can often be depended on the technology a certain currency is using, this is not the case at all times. Monero, although still almost 3 times lower in price than Ethereum, was marked as the only coin on the top 10 list that had an amazing bounce off during the last couple of weeks.

It is thought that the series of the most recent rises for Monero has everything to do with the announced hard fork that is set to occur on March 14th. Since all users and holders will get 10 MoneroV for each Monero unit they own, it is possible that many investors are piling up on Monero to make their gains 10 times higher in the near future. Smart move? Most probably.

After all, that is how XRP topped to the price of 350$ per one unit. In the last 24 hours, XRP, however, fell down against the dollar for -1.90%, which after all isn’t such a tough drop when compared to all the rises this currency had in the past month.

Now, Monero is trading at 344.83$ per one unit after the latest drop in its price.

Ethereum has had a pretty rough couple of weeks but has managed to bounce off although the latest change in price went to trading in the red. In the last 24 hours, ETH had a drop against the dollar at -1.32%, so this currency can now be bought at 853.96$ per one unit. Ethereum is trading in green against BTC in the last 24 hours with 0.66% rise against Bitcoin.

So, which one you prefer the most: Ethereum or Monero?

We will be updating our subscribers as soon as we know more. For the latest on XMR and ETC, sign up below!

Is Stellar Growth a Threat to Ripple?