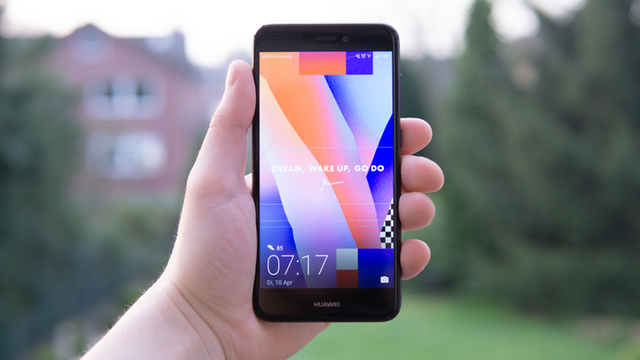 Stellar XLM is a well-known platform that has received a lot of popularity and attention recently. Its goal is to connect payment systems, banks, and people in a more efficient way, and make the payment processes faster and easier to do. In fact, its protocol is specially designed for making international payments faster, and more efficient.

Not only that, but Stellar XLM also allows others to issue tokens through ICOs, DEXs, and it even hosts dApps. It was created by a group consisting of David Mazieres, Graydon Hoare, and Jed McCaleb back in 2014. So far, it has managed to attract numerous investors, advisors, as well as board members which all include some pretty big names.

Stellar wishes to make the world better by making financial services better, which is why it has a potential of being one of the biggest projects that will lead us into a brighter future. Of course, this takes time, and investing in Stellar should be viewed as a long-term thing. Here are some of the reasons why investing in this project is the smart decision.

Why investing in Stellar XLM is a good idea

Over the years, Stellar has become pretty close with IBM, and the two have made a lot of progress on multiple mutually-shared initiatives. In a lot of cases, partnerships between companies and various cryptos are only real in name. Firms wish to demonstrate how modern and progressive they are, and the cryptos receive more attention due to their new connection to a big name.

However, this is not the case with Stellar and IBM. Ever since the two have partnered up, this collaboration has demonstrated extreme value for both parties. IBM uses XLM for the firm’s blockchain solutions in the real-world environment, and the partnership has led to a lot of improvement in cross-border payments.

IBM has also revealed plans to create their personal token, Verde, which will likely mean that the firm will use Stellar as a primary bridge asset in the UPS, their joint venture. What Stellar is getting in return is 8 validating nodes, and their tech used for their own customers. Additionally, numerous joint projects started by the two entities continue to thrive.

Stable coins appeared as a method of pointing out the high volatility of cryptocurrencies. They do so by tying themselves to assets in the real world, like a fiat currency. This has brought several stable coins, with the best-known one being Tether, which is tied to the US dollar.

Now, there is news of another stable coin, US Anchor, doing the same, and doing it through Stellar’s network. This coin is being launched by a startup going by the name of Stronghold. And, while Tether’s financial backing isn’t exactly known to the public, Anchor is said to be backed by the dollar completely and will use the funds held by a firm called Prime Trust.

IBM itself is also involved in this project, with the goal of exploring the use cases that stable coins can bring up. Additionally, due to its large customer ecosystem, IBM is also the perfect way for the coin to reach the market. Eventually, IBM hopes to see Achor become a go-to coin for financial institutions, and for various purposes at that.

If Anchor, or some other stable coin, gets implemented on Stellar’s network without issues it is also expected that CBDC (Central Bank Digitally Issued Currency) might soon come too. While this would bring Stellar to the new heights, there is also a question of decentralization involved. Stellar itself is decentralized, which might mean that the banks would have a problem with that.

Additionally, many are wondering if stable coins might hurt Stellar’s potential to serve as a bridge asset. However, while this is a valid concern, it is not completely clear whether or not stable coins will actually pose a threat to Stellar’s functionality.

Coinbase has been every crypto’s dream for years now, and a lot of coins would give anything to find themselves on their list. Historically, Coinbase has been rather selective of the coins it adopts. This is due to numerous regulative uncertainties since the platform doesn’t want to get into trouble if it turns out that one of their coins is a security or a scam.

However, the platform has been making serious efforts on overcoming this fear and expanding their token list. Recently, they announced that they are looking into numerous coins in search of their next addition, with Stellar being one of them. Of course, this doesn’t mean that Stellar is already on the list since Coinbase itself said that maybe none of the coins that they are considering will actually be added. Still, the fact that Coinbase took Stellar as a potential candidate means a lot for this crypto.

We already mentioned that Stellar is looking into revolutionizing numerous markets, but when they are combined, its total addressable market is really huge and worth of tens of trillions of dollars. Even if it gets involved in a tiny fraction of this, that could still mean billions of dollars for everyone involved, and the coin’s price would reach the moon.

Of course, Stellar has a lot of work to do here, and it even has a lot of competition like OmiseGo and Ripple. However, its biggest adversary is the traditional method of making payments. Stellar is bringing new technology, one that many are still wary of. With that in mind, it will first have to convince these markets that its tech is reliable and truly better than what they have been using for decades.

The Lightning network has brought a promise of an increase in privacy, and the coins that wish to remain relevant will likely have no choice but to get on it. Stellar is way ahead of many others in this regard, and it hopes to have a live implementation by the end of the year.

Lightning Network’s technology will allow it, even more, use cases, and much, much faster transaction speeds. Not to mention near-free and near-instant atomic swaps between XLM, Stellar’s other tokens like Anchor, and other cryptos.

Ethereum has grown to be a second largest crypto for a reason, and that is its ability to raise funds through ICOs. Now, Stellar hopes to do the same. However, Stellar is hoping to do things a bit differently. It doesn’t require gas for a program executing, and its transaction fees are extremely small. This makes it very attractive for developers, especially since gas prices on other blockchains have grown to be very expensive.

Additionally, Stellar (XLM) even has a decentralized exchange that allows for immediate token trading. All of this combined is making Stellar one of the most attractive coins today, and it basically secures it as one of the coins of the future. Because of that, avoiding Stellar now would be a big mistake for everyone hoping to make a smart investment.