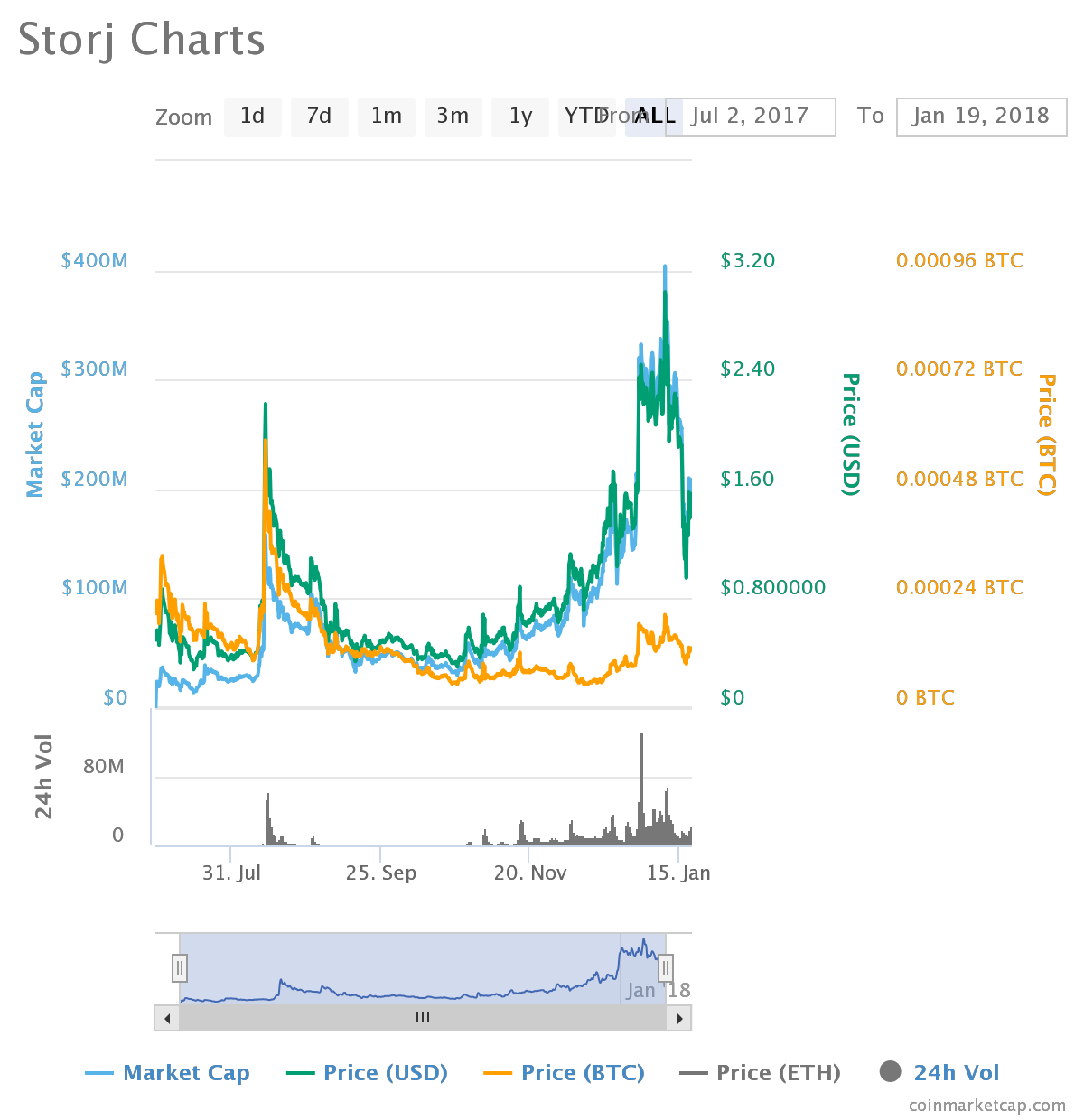 Thanks to the blockchain technology, launched by an anonymous hacker known under name Satoshi Nakamoto, services with third parties like Dropbox are slowly outdated. Storj is one of such platforms like Ethereum promotes decentralized cloud storage that can be used more efficiently than third-party operated cloud storage platform and where you can earn through paying for storage space. So, in this story, we want to hear more about Storj, its merging with Ethereum and where is Storj at now.

Storj is a decentralized cloud storage that uses blockchain technology for processing transactions that are completely safe, secure and done without third parties interfering. These platforms are also using blockchain technology for storing data, programming apps and use smart contracts for selling goods or anything of value, including services, shares, real estate and bonds.

Storj is making small steps towards creating a massive multipurpose decentralized platform that would be able to operate just like big platforms. So instead of building it right away using vast resources, Storj is working on creating small pieces hosted on their platform with each piece presenting a prototype with work in progress that could be used and operated. That is how one of these parts is a drag-and-drop application based on blockchain technology called Metadisk where you can easily store and access your files. The advantage of creating small pieces of a platform in form of prototypes lies in the fact that later on it can quickly be decided which piece is there to stay and which can be replaced with a more useful and more functional application.

At the current moment, Storj is keeping the 126th place on the global coin ranking list with the most recent increase of price for 20.55%, which lead to an initial increase of value, leaving the total of 1.31$ per one Storj unit. It can be easily concluded based on how well is Storj ranked, as well as take its current price and the recent increases, that Storj is representing one of the promising currencies hosted on 2.0 blockchain platforms. Storj and similar platforms based on blockchain technology also represent a major threat to the current market of cloud storage like Dropbox and Google Cloud Storage, as you pay for only what you use, unlike Dropbox that charges for space you can’t possibly use in full potential.

As of March 2017, Storj has announced its merging with Ethereum, which means that tokens that belong to Storj are now available for exchange on Ethereum and Shape Shift. Shape Shift is a decentralized digital market that changes the original way of exchanging tokens. Instead of buying your tokens with first buying ETH and BTC, you can immediately swap your coins for any of supported coins listed on Shape Shift. Before joining Shape Shift and merging with Ethereum, Storj’s coins were listed as SJCX, while of the moment of margining, these coins are now known as STORJ and STORJ ERC20 tokens. The reason behind the merging of Storj with Ethereum lies in the great opportunity Storj developers saw in Ethereum.

They thought of having Storj linked to Ethereum because they saw an amazing opportunity in joining a bigger network – “if you are building a train, you want that train on tracks built as a part of a large network” as stated by Storj officials.

It seems like their move is paying off, mostly because they are making their coin going closer to the mainstream waters in the world of mainstream digital coins, which is always a great strategy – push your coins in the market of other large coins and see what happens.

Also, thanks to being a cheap way of storing any digital information and content, many people are switching from using “old-fashion” third-party cloud storages that cost a lot of money. By changing the old ways of having their data stored on a decentralized platform, that enables them to gain access to prototype pieces of blockchain as well as facilitating secure transactions.

Now that you can swap any of the supported coins directly for STORJ on Shape Shifter or Ethereum, it is even easier to get a hold of this interesting coin. With the merging of Ethereum and Storj, Storj users are also able to use smart contracts as well as purchase any of available apps (Dapps), products and services, now being a part of a more extensive network that is Ethereum.

Where is Storj at Now?

With the most recent increase in the last 24 hours, Storj rebounded 29.44%, making the total price of Storj 1.31$ per one unit. That means that the total market cap of this coin is over 176 million dollars with 133 million coins in use and circulation. As things are going at the current moment, Storj holders and investors seem to be on the right track with placing their investments in this fast-growing digital currency.

We will be updating our subscribers as soon as we know more. For the latest on STORJ, sign up below!

Siacoin (SC): A Coin That Survived the Latest Price Meltdown