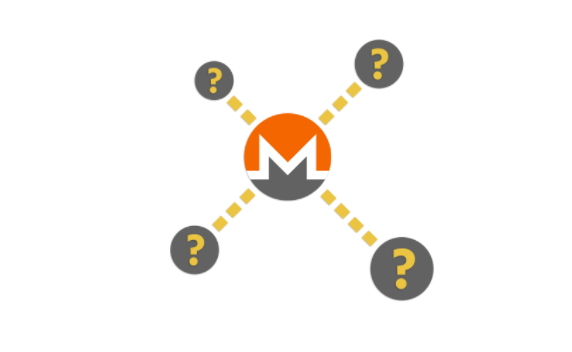 When the cryptocurrency markets are as volatile as they have been over the past couple of weeks, it’s easy to focus only on price as the leading indicator of a coin’s (and, indeed, the wider market’s) health.

Bitcoin (BTC) dropped 50% from highs and while it’s up 20% or so on yesterday’s lows, mainstream media coverage remains squarely focused on the bursting of the so-called bubble in the sector.

While market attention is diverted, however, there’s plenty of opportunity to pick up coins that are seeing fundamental developments hit press but, at the same time, are seeing these developments overlooked in favor of the headline price news.

One example of exactly this right now is in Monero (XMR).

There’s a good chance that many reading will be familiar with Monero. It’s a top twenty cryptocurrency (at last count, Monero was ranked in 14th position, just ahead of Bitcoin Gold (BTG) and below TRON (TRX)), with a market capitalization of more than $5.25 billion and it’s one of a bunch of coins that have been grabbing headlines over the past few months based on one intrinsic and very specific attribute – privacy.

When bitcoin was first conceived and, indeed, as it grew in popularity during the early days of crypto-growth, privacy was one of the features touted as being pivotal to mainstream adoption of this sort of asset. The ability to send BTC from one wallet to another anonymously was what drove BTC’s growth on the dark markets and through platforms such as the now defunct Silk Road.

As the industry has matured, however, this anonymity has disappeared. In the vast majority of cases, a bitcoin user now has to prove their identity when acquiring coins and this compliance and regulatory issues associated with holding, storing and sending bitcoin have all but removed any privacy features.

Yet this is still an attribute that’s in high demand. Dark markets still exist and users need coins that won’t compromise their identity or the volume (and value) of their transactions. This may seem like a shady logic on which to rest a buy thesis, but that doesn’t mean it’s not a valid one. These markets are what got bitcoin its start and they are what are going to push coins like XMR up over the coming months.

A few coins are stepping in to fill the role of secure and private coin (Verge (XVG) is another notable example, currently valued priced at $0.11 and ranking at number 23 in the coins-by-cap listing) but Monero is the one that looks the strongest as things stand and it’s certainly the one that’s picking up the attention of the mainstream media.

This puts it ahead of the crowd and, when combined with the fact that it’s currently priced at a pretty steep discount to early month highs on the back of the recent correction we’ve seen in the sector, it’s an incredibly attractive portfolio exposure at current levels.

Exactly how high the coin can run is anybody’s guess – we’d be guessing outright if we were to put a level on our bias that extends out beyond the end of this year.

With that said, however, a forecast based on the action we’ve seen in this and some of the other coins in the space of late isn’t completely out of the question.

With this in mind, then, $500 becomes the next major upside target for XMR. The coin nearly reached this threshold at the beginning of January but dipped in response to the wider market decline at the start of this week. Right now, it goes for $341.

Our Readers Scored Big On Cardano And SmartCash Dollar Setups, Here’s Another In Social (SCL).