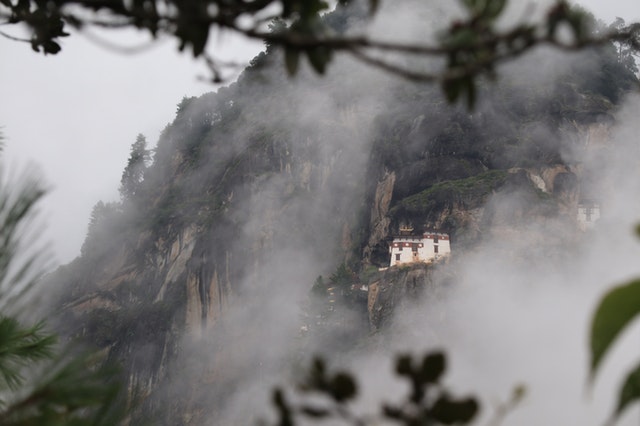 Investing in cryptocurrencies is still a very high-risk game, especially these days when the market has entered yet another period of uncertainty and high volatility. However, even if this was not the case, picking the right asset to invest in can be quite difficult. Most of the time, coins with a clear goal in mind get the most support. If their goals seem relevant, if they can solve a problem or provide a better solution to replace an already existing one, investors are quick to join its cause.

Every now and then, however, an oversight can happen, and great projects end up left behind, without less support than they likely deserve. Today, we will point out a few coins like that. Despite their size and popularity they already have, experts agree that these are underrated coins that will likely skyrocket once they receive the amount of attention that they truly deserve.

TRON is a project that often makes headlines, and recently, whenever this happens, it is connected to a new project announcement, a new record being broken, or a new partnership being made. The project seems incapable of making a wrong move, and pretty much everything that Justin Sun decides to do ends up being a success. And still, TRX is not even among the top 10 cryptocurrencies. Its price is low, it’s market cap is below $1 billion, which is very unusual for a coin that has made so much progress during a single year.

TRON’s goal is to revolutionize the entertainment industry, as well as to decentralize the web. This is a huge mission, and probably very abstract in the mind of most people, which may be one explanation as to why TRX doesn’t get more attention. Still, the attention that it is getting is coming from a pretty dedicated community, which will likely ensure that TRON grows properly in time.

Monero is the tenth largest coin by market cap, but many believe that this still means that it is very underrated. As many are undoubtedly already aware of, Monero is a privacy coin, which means that it is a secure, untraceable, and private digital currency. It is the only privacy coin in the top 10 cryptos, likely due to the fact that privacy coins, no matter how necessary, are usually frowned upon. Most people suspect them of being used for criminal activities due to their ability to hide transactions.

However, privacy coins like XMR are also great for protecting corporations’ secrets, freedom of speech, and provide regular users with privacy and anonymity, which is the right of every internet user. Monero has always depended on its community, ever since its very beginning. It was created through donations, and the community has always been the number one factor that was pushing its development. It has a price of $66.45 and a market cap of $1.1 billion.

Finally, the third pick when it comes to underrated coins is NEO. This has been one of the projects that had the potential to kill off Ethereum, according to the community. It was often considered to be EOS’ biggest rival when it comes to replacing ETH. NEO is currently ranked as 16th largest coin per market cap, with a price of $8.50 and a market cap of only $552 million.

This puts a huge difference between NEO and EOS, which has a market cap of $3.27 billion. NEO is also sometimes called Chinese Ethereum, due to the fact that it similar to ETH in essence, and that it is one of the coins that China particularly likes. It was believed that this will give it an edge over EOS once China becomes more crypto friendly. While this may be the case, it has yet to happen, and an event such as that might be all that NEO needs to get back in the game.

The project is dedicated to creating smart contracts and dApps, just like Ethereum is, but many would argue that NEO can do everything better, cheaper, and faster. Even so, the coin seems to be losing popularity and sinking to the depths of the market, one rank at the time.

Recap: Ripple and Santander connect to Apple Pay and use Touch ID