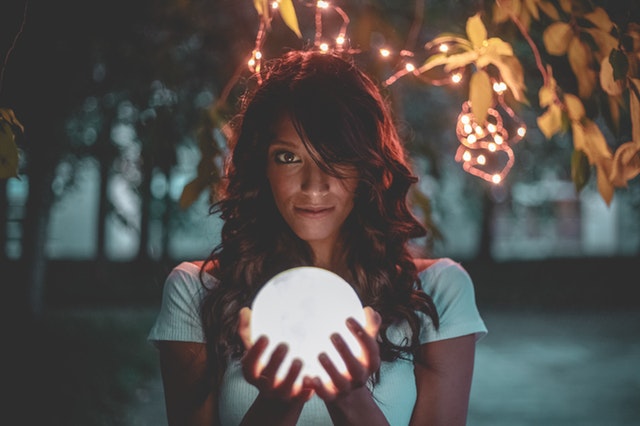 2018 was not a good year for any cryptocurrency in terms of price, and especially not for Bitcoin. While there are many coins that lost a lot higher percentage of their price, no other coin lost as much in terms of value alone. After the market crashed in January 2018, Bitcoin lost over 80% of its value over time. While some coins lost more, over 90%, Bitcoin’s loss resulted in nearly $17,000 per coin.

However, while the last year was the worst in crypto history, a lot of investors, analysts, experts, and even crypto enthusiasts still held on to hope that bright times will return. This belief inspired numerous predictions, and while some were unrealistic, there is a number of others that were still in the realm of possibility.

Well, 2019 arrived, and while the start of the year still felt a tight bearish grip over the market, things appear to be taking a positive turn. So much so, in fact, that some of the positive predictions are starting to come true. Here are a few of them which can be observed right now.

After the market crashed in early 2018, many were still confident in the Bitcoin’s price, not even bothering to question whether or not the coin’s drop will stop at a decent price and start growing once more. However, the fall continued, and days turned into weeks, while weeks turned into months. Eventually, people started to wonder whether there is a future for BTC at all. Those who called it a bubble got new strength and the falling price served as an argument that they were right all along.

A lot of investors still remained bullish, especially after the coin spent months balancing between $6,300 and $6,500, believing that BTC found its bottom and that it can only go up from there. That may have been true at the time, but the second market crash after Bitcoin Cash hard fork brought another harsh blow to the market, and Bitcoin’s ecosystem, in particular. The coin dropped once more until it finally hit $3,200. The investors were desperate, but the new bottom was seemingly found, although there were predictions that claimed that BTC would drop even more before the situation takes a positive turn.

From where we are at right now, it appears that this might not happen after all, as BTC price started growing again, although many claim that this growth is fueled by the investors’ will alone, as the cash flowing into the market is still rather poor. This is confirmed by Bitcoin’s struggle to surpass the resistance located at $4,000, which continues to turn it around whenever the coin approaches this price.  Even so, the market is seeing an attempt at growth, and Bitcoin is still trying, which has provided the community members with new enthusiasm and optimism.

Institutional investors will turn to Bitcoin

While Bitcoin spent an entire decade fighting to grow without any help from institutions or the government, which is an outstanding feat by itself, it is unlikely that the coin can continue its rise without outside help this time. After a decade of investing, “ordinary” investors have reached their limit, even though the number of investors is currently much higher than it was two years ago.

The fact is that Bitcoin needs to awaken more interest in investors, institutional and otherwise, and to receive a new wave of cash flow in order to grow further. This was also something that many predicted throughout 2018, claiming that 2019 might be the year when institutions will join the space. While this prediction is far from being true at this point, institutions did start developing interest, and some of them even made shy steps towards the crypto space.

Recently, there were numerous reports of two Virginia-based public pensions investing in a Morgan Creek fund dedicated to blockchain and crypto investments. The fund will only use a small portion for crypto, but it will still establish the link between institutions and cryptocurrencies, which is a start. Another link is coming from JP Morgan, which is developing its own coin, JPM Coin.

JPM Coin will not be a real cryptocurrency, according to crypto purists, as it will be tied to the bank and it will act as something between fiat money and a stablecoin, but it is also a move towards digital currency space that should not be ignored. Then, there is Bakkt exchange, which got delayed again due to the largest government shutdown in US history, although it is still a very much active project, just waiting for its opportunity.

Institutions are not only developing an interest in crypto but are already joining the space, albeit slowly and carefully, which may soon open a significant opportunity for Bitcoin.

Apart from these, there are numerous other Bitcoin predictions that may or may not come to pass in 2019. One of them is the approval of Bitcoin ETFs. While this was expected to happen in the final days of February in the case of the application submitted to the US SEC by Van Eck and SolidX, the government shutdown made it impossible for the SEC to come up with the decision, and the two eventually withdrew their application, at least for the time being.

The situation with the Bitcoin mining was also quite grim in 2018, as the dropping prices and high costs of mining made it impossible for miners to make a profit. Not only that, but many even started experiencing losses, which resulted in them leaving the industry. If Bitcoin ends up growing again, it is possible that the mining industry might see further development this year.

There are many other predictions that suggest positive things in Bitcoins future, as well as in the future of cryptocurrencies, in general. However, it is still too early to say which of the others might come to pass, and which ones will not. However, for the time being, investors are feeling encouraged to return to the market and deal with digital currencies seriously, which is good enough, considering that we are just emerging from the bears’ shadow.

Related Topics:BitcoinBitcoin Price Prediction
Up Next