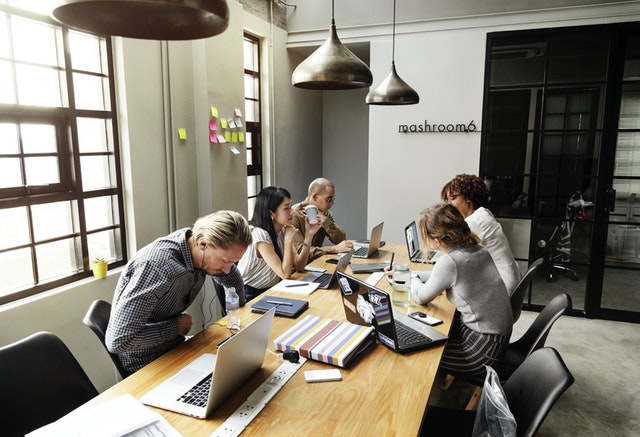 It has been 10 full years since Bitcoin has gone live, and the coin has gone through a lot of development during that time. However, since some of its core issues still lack proper solutions, a lot of developers decided to try and provide alternatives for the first crypto, new coins that will address its largest problems early on.

These are known as altcoins, and they include every digital currency apart from Bitcoin itself, which inspired their creation. Today, there are over 2,100 altcoins, all of which are trying to compete with one another, as well as Bitcoin itself in one way or another.

However, none of them would have a strong presence, or even be here after a year as difficult as 2018, if they didn’t have strong, capable teams behind them. With that in mind, here are some of the strongest and most capable altcoin developer teams in the current crypto market.

Ethereum is considered by many to be the second most important cryptocurrency in crypto history, even though it lost the second place on the list of largest coins to XRP. Ethereum is important because it shifted developers and investors’ focus from the coin to its blockchain. It opened an entirely new world of possibilities and inspired the creation of dApps and smart contracts.

Even now, Ethereum continues its development with new solutions, some of which were introduced in several hard forks only days ago. This was all possible thanks to its developers, which used to be represented by its co-founder, Vitalik Buterin. Even though Buterin recently decided to step down for the position of Ethereum team’s public face, he is still one of the top developers that the coin has, which still inspires trust in its future.

Cardano is another coin which is known for its very capable team, led by its creator, Charles Hoskinson. Hoskinson has had a long history with crypto, and he was there for the creation and early development of Ethereum, as well as Ethereum Classic. While he left both teams due to disagreements, he brought the knowledge regarding those two coins with him, which allowed him to create a new, potentially better coin — Cardano (ADA).

In a way, Cardano is one of the hopes for the future of crypto. It aims to resolve some of the most problematic issues regarding digital currencies, such as scalability and interoperability. Meanwhile, it has a team leader who contributed to the development of ETH, the main representative of the second generation of digital currencies. Because of this, many hope to see Cardano grow to be the representative of the third generation of crypto.

Many are likely already familiar with Binance Coin (BNB), as it is the native cryptocurrency of the world’s largest crypto exchange, Binance. The coin was created to be used on the exchange’s platform for paying different kinds of fees, and it has become quite popular, mostly because using it means getting a considerable discount.

The coin’s team is appreciated for several reasons, mostly due to their insight into what its users need. As such, they managed to create a cryptocurrency that addresses these needs, and BNB has generally made all the right moves since it was created.

Finally, there is a team behind the privacy coin, Monero. Monero is considered to be one of the best privacy coins around, as privacy is one of the most desirable aspects of the internet. Those who use privacy coins can hide their transaction details, including identities and the amount of coin they are sending.

With that being said, the crypto space as we know it today was created with transparency in mind, which is why privacy coins are not tolerated in many of the largest exchanges. Regulators around the world also dislike them, as they are believed to be used for illegal activities. However, even with all the negativity surrounding privacy coins, Monero’s developers still managed to create a strong coin that does its job correctly, and still remains one of the most used coins today.

Ripple vs XRP: The Company and the Coin

Why the Whales Couldn’t Care Less