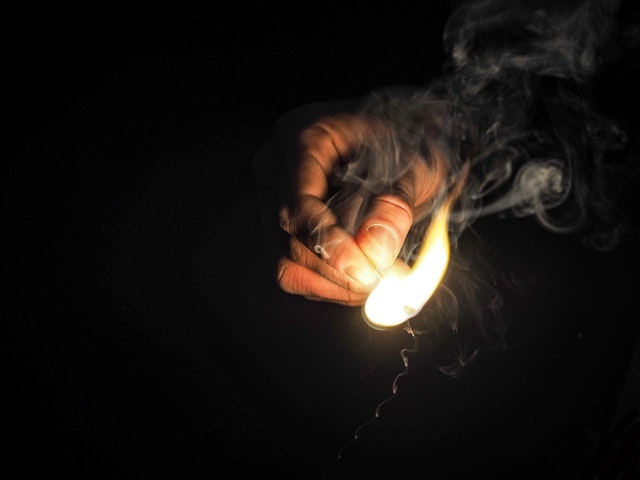 TRON (TRX) torched another round of its old tokens, bound to Ethereum’s network. Additionally, its new wallet finally got on the iOS App Store.

TRON (TRX) has become known for two things — making significant progress, and for burning significant amounts of its ERC-20 leftover coins. Right now, TRX has done both, almost at the same time. They just torched more than half a billion (670,045,551) tokens, but they did so in celebration of having their TronWallet finally appear on the App Store.

This usually wouldn’t be a cause for that much celebration, right? After all, the TRON team is nothing if not experienced and professional, so why is it that a wallet launch requires celebration and attention?

The team started the wallet’s development with a goal of publishing it for both, Android and iOS. Soon after that, they started running into obstacles that eventually led them to a crossroad. As their Medium post says, the team had to make a compromise — either to go down the multi-platform road as planned, or they would have to give up on these early goals and focus on the faster release.

Eventually, they chose to go with the latter, and the TronWallet was created for Android first. In the meanwhile, the team was trying to figure out how to fix the issues with iOS, so that the wallet can become available for Apple users as well.

Soon enough, the 1.0 release for the App Store was ready, although it was only a reduced version of the wallet created for Android. This was all back in July of this year, with the submission finally happening on July 22. This is when the second large issue emerged. The team had to wait for 30 days to have their app reviewed and possibly accepted. This was very discouraging, especially since all of their previous app publications were reviewed and approved much faster. Needless to say, the team was anxiously awaiting the news, hoping that they would be good ones.

The app was finally approved

A month later, Apple finally cleared the wallet and posted it to the App Store. However, the story does not end there, and the team continued to work on improving the app. As of right now, the iOS version of TronWallet will no longer be a reduced copy of what Android has to offer. Instead, it will be it’s equal and will offer numerous features.

Those will include the elimination of the need for signups and logins, local secret encryption with an addition of a PIN, the support for all TRON network operations (minus the ‘create token’ one), the possibility of multiple accounts, push notifications, and more.

Obviously, the team he put a lot of work into trying to please Apple, not to mention that the entire previous month was a nervous one, due to the extended approval period. However, the app went through, the team made it better, and the Apple users now have everything that Android users have. With all of that put together, it is clear why TRON believes that this development is a cause for celebration.

The battle of the cryptos: Tron (TRX) vs. Cardano (ADA)