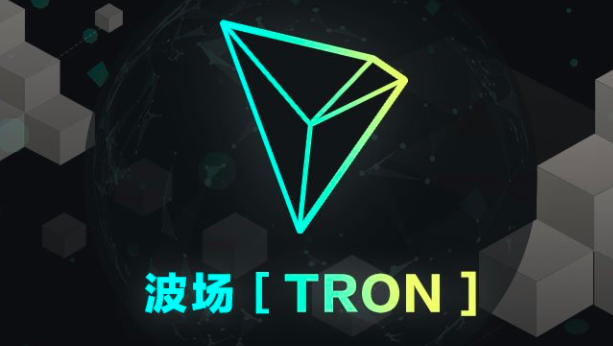 TRON (TRX) looks to be stuck in and around the $0.06 level but don’t be fooled – it’s not staying this low for long.

Some holding right now may have picked up back at the start of the year and if that’s the case, are sitting on a circa 20% gain. At the same time, however, these same holdings were at one point up more than 760% (between Jan 1 and Jan 5), so the dip back down to current levels from $0.26 highs is probably going to seem like a real hit.

We’ve said it before, however, and we’ll say it again – this one isn’t staying at current levels long.

Tron is one of a handful of top 20 coins by market cap that are currently trading at penny levels (so, below $1), with the others being Stellar (XLM) and NEM (XEM). The reason that this sub-dollar pricing is important is because it plays a significant role in the psychology of buying cryptocurrency. People have seen bitcoin rise in price by thousands of percentage points over the last decade. They’ve heard stories of people buying thousands of ETH when they were below a dollar and becoming millionaires on the back of the subsequent rise in price we’ve seen over the last couple of years.

They missed out on this run and they want to make sure that they don’t miss out on the next one. So they have a choice – pick up a fraction of one of the larger coins and expose yourself to a fractional appreciation or pick up ten thousand of one of the sub-dollars for (in the case of Tron) $600 and stand to gain considerably if the coin goes to a dollar or more.

This psychological incentive to pick up an exposure to these small price coins is enough in and of itself, in our eyes, to pick a coin up from current lows and once things start moving it’s only a matter of time before the markets start to see the rise and the speculators pile in and push price up further.

Of course, speculative attention isn’t enough to sustain a long-term revaluation, so it’s all about fundamental developments looking a little farther down the line – which is where the coin’s most recent announcement enters the equation.

We actually alluded to this catalyst as part of this piece, which hit press at the end of last week here at Global Coin Report. At the time, we’d just seen Tron’s founder Justin Sun announce via Twitter that the company was expecting a near-term major exchange listing.

Sun didn’t say which exchange was set to list the coin, which got markets pretty excited about which company would be tied to the reveal.

And it didn’t disappoint.

Yesterday, Sun announced that the exchange that’s set to list TRX is Huobi – one of the leading global exchanges and a major player in the blockchain asset trading space (so, coins as well as tokens).

Huobi is actually listed at number 5 over at CoinMarketCap right now in terms of twenty-four-hour volume, having logged just shy of $1 billion volume since this time yesterday.

This is a big deal as it dramatically improves liquidity for TRX, meaning there’s plenty of room for speculative appreciation as and when the above-outlined market forces come in to play. Couple this with the fact that we should see a listing driven boost based purely on the added exposure and Tron looks like a real winner at current prices.

Don’t get left behind.

Here’s Why Stellar (XLM) And Ripple (XRP) Are Both Winners