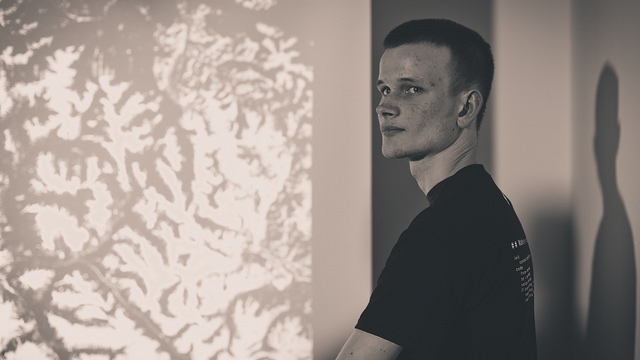 Vitalik Buterin, the founder of Ethereum has recently announced (9th March 2018) in the conference EthCC, held in Paris that he had presented a scaling solution for Plasma. Plasma is a system of smart contracts that can raise the computational potential of the Ethereum blockchain. Plasma was created by Buterin and Joseph Poon (co-creator of Bitcoin Lightening Network) in 2017 to solve the scalability issues of Ethereum by producing a layer of smart contracts that will be in contact with the main blockchain.

In the present scenario, the users have to download and confirm each smart contract in the Plasma system. Vitalik Buterin says that he has found a way that will reduce this to a handful of data points. He goes on to say that the principal benefit, in this case, is the reduction in the amount of data that the clients had to process.

The users will now be able to generate “Plasma coins” without downloading the whole Plasma history. The users will simply have to send a deposit to the contract in order to produce “Plasma coins”. This also means that the users can now track the coins ‘they care about’ (as said by Buterin) within the system instead of downloading and verifying everything.

However, this idea of Buterin and developers Karl Floersch and Dan Robinson has not yet undergone testing. The promises as stated by the proposers of the idea can have a number of vital use cases, for instance securing cryptocurrency exchanges from the hackers. Implementation of this theory will enable the cryptocurrency exchanges to provide order book functionality that will save the user funds in case there is an attack.

Vitalik Buterin said, “Hopefully when the next multi-billion dollar exchange written by a totally incompetent developer gets hacked, no one will lose any money.”

On 9th March 2018, Joseph Lubin (co-founder of Ethereum) gave a speech regarding this at the South by Southwest Interactive conference. Investors in the blockchain technology and the connoisseurs have often hailed blockchain as the “next internet”. Joseph Lubin, in the conference, had emphasized on the Ethereum’s promise of decentralized applications. According to him, personal data can be easily extracted from Google and Facebook when compared to the Ethereum blockchain.

“On the web right now, I would argue that identity is broken. We spray aspects of our identity around the web, it’s stored on corporate servers and is monetized by corporations, and often aspects of your identity aren’t well secured by those organizations.”

He continued to say that giants like Apple, Facebook, Amazon, Google, and Netflix have had faced glitches when it comes to data breaches and loss of user trust. He says that the flaws lie in security protocols as well as in fiat currencies.

Web 3.0, Ethereum’s approach has “reinvented” data collection, storage, and control. The users do not have to transact on the web with faceless corporations that may lose or even resell the user’s personal data. Web 3.0 as explained by Lubin, “Instead of the client-server architecture where you’ve got one company, say Google or Facebook, that has a bunch of servers and we’re interacting with them as a counter-party, this new kind of application paradigm has all the different nodes on the network and they are all effectively the back end of the application. So nobody is in control of it, and you can build these platforms where no one’s overly monetizing it.”

We will be updating our subscribers as soon as we know more. For the latest on EZH, sign up below!

Related Topics:ETHEthereumVitalik Buterin
Up Next

Reasons To Be Bullish On OmiseGO (OMG) This Year