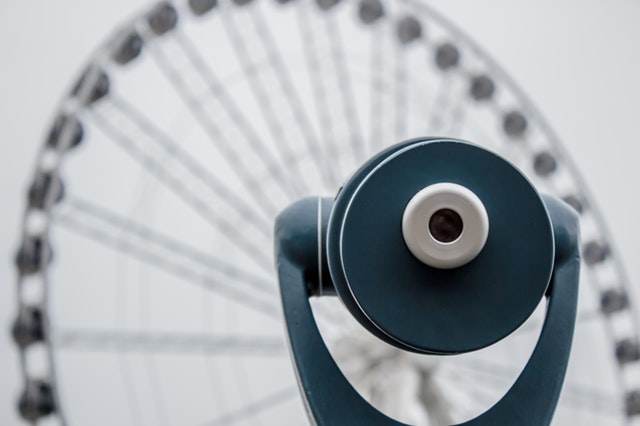 The so-called ‘crypto winter,’ which dominated 2018, seems to have finally ended. Apart from an occasional correction, most coins are seeing gains, although the lack of institutional cash flow, as well as the investors’ hesitance to return,  are still preventing them from entering a proper bull run.

Even so, many believe that one such bull run will arrive eventually, maybe even at some point in 2019. If it does come, a lot of cryptocurrencies will see significant gains, and the prices will see huge recoveries. However, one coin, in particular, is expected to see massive gains, and potentially even reach heights it never saw before. We are, of course, talking about Binance Coin (BNB).

It sounds unlikely at first glance, but BNB actually has a pretty good chance to reach the $200 mark in the next bull run, and there are plenty of reasons why this might happen. First, let’s start by taking a look at BNB’s performance so far.

BNB is not a particularly old coin, and it was launched back in July 2017. In the early days, it was very low-valued, with its price being relatively close to zero. This was the period when BNB hit its all-time low, and it never approached such low levels again. It reached its all-time high in January 2018, right before the market crash, when it hit $24.

During the last year’s bear market, most cryptocurrencies lost 80% of their value or more. Bitcoin dropped from $20,000 to only $6.300 at first, and then $3,200 after that. Other coins, like XRP, lost even more. Binance Coin, meanwhile, lost only half of its value, and while its losses deepened, later on, it was still performing way better than any other crypto.

These days, the coin is less than 25% below its all-time high, which is something that cannot be said for any other coin. Further, the coin has a rather small supply. Its total supply is 189,175,490 BNB, but the circulating supply is 141,175,490 BNB. Binance also holds regular quarterly token burns where it buys circulating coins back, and it often burns as many as 2 million units at once. The goal is to continue doing this until the coin’s circulating supply is only 100 million, which will further draw its price.

The first thing to take into an account is that Binance Coin was created by Binance, the largest crypto exchange in the world in terms of trading volume. This means that the coin has its back by the exchange, which uses it as its native token.

Next, Binance Coin also has a number of extremely valuable use cases. While it is mostly useful only within Binance exchange at the moment, it still sees quite a lot of usage as it provides its users with a massive discount on trading fees. Further, the coin is also the only cryptocurrency which can be used for buying tokens launched by Binance Launchpad.

Binance Launchpad is a well-known project which holds one ICO per month, and while it was created a while ago, it was not used during the crypto winter. It became operational again in 2019, announcing that each month, it plans to hold one token sale, featuring interesting, legitimate projects, which the exchange will research and approve of, itself.

So far, this has included three coins — BitTorrent (BTT), Fetch.AI (FET), and Celer Network (CELR) — all of which were sold within 15 minutes. FET token sale actually holds the record for being the fastest ICO ever, being completed within seconds. All three token sales were only available for Binance users, and the only way to purchase the coins was via BNB. The token sales were still a massive success, even though ICOs are believed to be dead at this point.

This only proves that the model is not dead, as long as there is a trusted entity behind them. And Binance is certainly one of the most trusted ones in the industry, with millions of users, numerous trading pairs, and all the most popular coins being offered on its platform.

Obviously, this is another massive use case for BNB, and it is responsible not only for the surge of BNB price but also for the growth of its usage. The coin currently has a trading volume of $155 million, which is impressive considering that almost all of it comes only from Binance.

Further, Binance also recognized the issue many crypto users are struggling with, which is a crypto-fiat exchange, particularly in Europe, where the USD is not among the main currencies. This is why the exchange launched Binance Jersey, a Europe-centered subsidiary which allows users to purchase cryptocurrencies with GBP and EUR. Thus, BNB became the entry point into the crypto world for entire Europe, which increased its price and usage even further.

Binance has much greater plans for BNB

While all of this already seems like a huge deal for BNB, it is still nowhere near the end of the coin’s potential. Binance is actually in the process of developing its personal blockchain, called Binance Chain. The blockchain will be decentralized, and it will use BNB as its base currency.

With DEXes already appearing left and right, Binance decided to launch its own, and turn itself into an entire community, rather than just another trading platform, even if it is the biggest one in the world. Once the DEX goes live (it is currently in beta), it will likely become the largest DEX in the world. It will have a reputable background, advanced mechanisms, and a trusted coin as its base currency — Binance Coin.

Every transaction within the DEX will require BNB in some amount, and the coin will be larger than ever. In fact, many view it as one of the biggest coins in the future, which will serve on the biggest exchange, and be paired with every coin which enters the exchange.

This is the true potential for Binance Coin, and while there is no guarantee that it will become a new Bitcoin, it might as well become the next best thing. With all of that in mind, the coin will surely hit the $200 mark sooner or later, and the only question is — where its limit might be?

With low supply, many huge use cases, and trust above all — sky is the limit for BNB. The coin is probably one of the safest investments today, and more people recognize it as such each day. The next big bull run will be an interesting one, and when it comes, be sure to keep a close eye on BNB, as those who choose to HODL it might soon become very lucky.

Binance Coin (BNB) Spikes Up: The New Update Followed by a 15% Surge