What’s In Store For ASIC Miner E3 And Ethereum Miners? 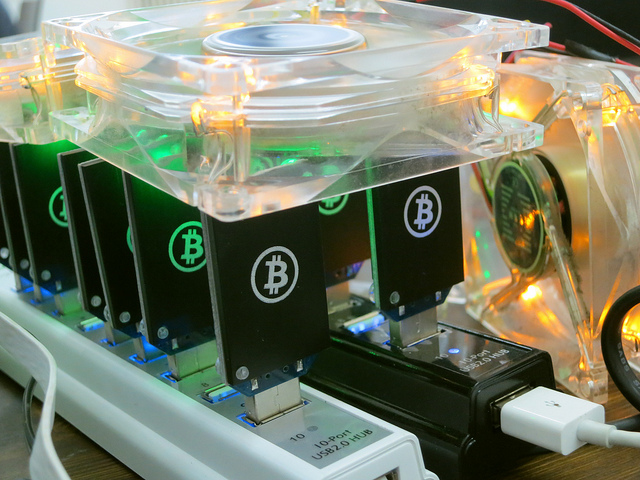 The world’s leading mining hardware firm Bitmain has released their long-awaited Ethereum Antminer E3 on Monday 2nd April. There were several rumors, leaks regarding the upcoming launch of Bitmain Antminer E3 Ethash ASIC Miner since February when a China-based technology news site ‘technews.cn’ published details about the expected hardware. The rumors got strengthened when a leading Wall Street research firm Susquehanna slashed price targets for leading international Chipmakers which are Nvidia and AMD claiming that they have confirmed the news that the Bitmain has started production of their Ethereum ASIC Miners.

According to the uptrend and dramatic increase in Ethereum’s hash rates in the past months, its evident that Bitmain has already started using these miners. Pre-orders are open, and it seems as the net result of Antminer E3 is going to be positive for the industry. The ASIC development and centralized hash power are currently in the hands of Bitmain only and analysts find it argumentative.

Strengths and Weaknesses of ASIC Chips:

As the name suggests Application Specific Integrated Circuit chips are known to be the most profitable and efficient way to mine cryptocurrencies. The only difference that sets apart an ASIC chip from CPU and GPU chips lies in the fact that it’s not general-purpose chip like the others. The sole application of an ASIC chip is mining a cryptocurrency and it can be rendered obsolete easily by simply changing the mining algorithm of a digital currency.

For a long time, Ethash had remained ASIC-resistant to allow mining Ethereum and other cryptocurrencies by making use of the GPU chips which are generally found in gaming computers. This has contributed greatly to the last year’s profit in Gaming GPU manufacturers Nvidia and AMD.  But the release of Ethereum ASIC miner could adversely affect the mining-related demand for GPUs.

Up until now, the release of Antminer E3 has been intensifying the calls to execute an Ethereum fork which is similar to the path taken by Monero, which claimed to constantly alter their mining algorithm to keep it ASIC resistant. It should be noted that there are a couple of other companies which are presently developing Ethash ASIC (Application Specific Integrated Circuit) miners so there’s a possibility of seeing more announcements with various second-generation miners with similar features and a recap of what happened with recent Cryptonight ASICs.

It is still unclear as to what steps Ethereum ecosystem is planning to take whether to block the use of upcoming ASIC through protocol changes or not. There are rumors of an improvement proposal in Ethereum being contemplated at present which could make the Ethereum ASIC miners completely incompatible with Ethereum’s Proof-of-Work Ethash mining algorithm. On 28th March, an Ethereum developer put forward a poll suggesting Ethereum hard fork, Ethereum Improvement Proposal on which most of the respondents have agreed for an Ethereum hard fork execution.

But it’s early to comment on whether Ethereum will choose to walk down the path of Monero or Siacoin which announced way back in January to invalidate A3 miners by means of soft-fork unless Bitmain’s actions result into direct harming their project.

Why You Should Buy Litecoin (LTC) While It’s Cheap Now