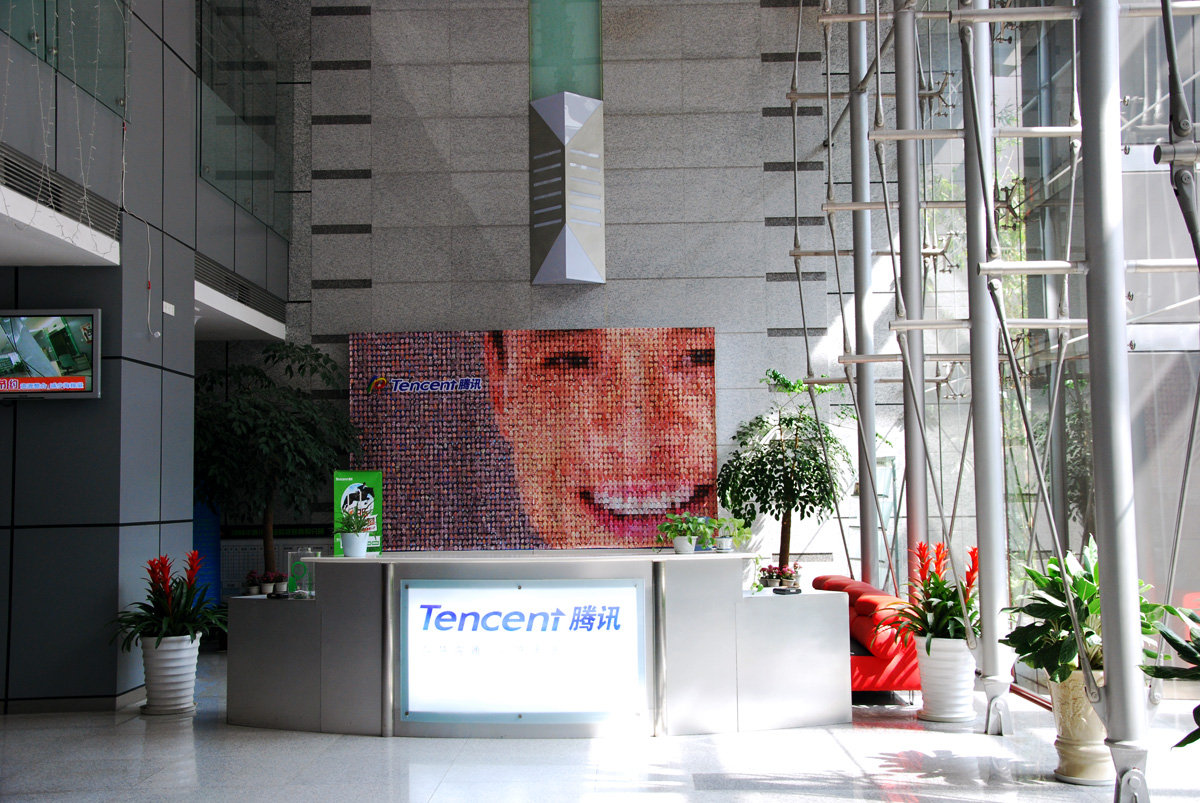 Tencent Holding Limited is one of Asia’s largest and most high-worth companies which have been on a trajectory of constant growth and evolution. Tencent Holding was founded in 1998 and the current market valuation of the company stands at 580 billion dollars. It is a financial conglomerate and its subsidiaries specialize in services and products pertaining to technology and the internet. They also specialize in artificial intelligence and other technology-based services in mainland China and in various areas throughout the world. In fact, Tencent has emerged as the first Asian company to have crossed 500 billion dollars valuation. Recently it has declared that it is set to invest about 2 billion dollars into the Ripple project.

Tencent is currently ranked as one of the largest investment corporations in the world as it exercises one of the influential technological-based positions in the world. Tencent has an extensive reach in social media platforms and the gaming industry as well. Some of the other services that Tencent specializes in are payment services, internet services, mobile games, social networks, web portals, music access portals, e-commerce, multiplayer online game, and smartphones. Their messaging apps such as Tencent QQ and WeChat are well-known throughout China and are expanding at an increasing rate all over the globe. The Tencent music app boasts of a paying subscriber base of about 120 million and has a regular user base of 700 million.

In the backdrop of this financial status that Tencent has earned, it is planning to make an investment of around 2 billion dollars into the Ripple project. The primary objective behind this could be that the financial conglomerate wants to assimilate their already popular apps and services with the digital payment strategies offered by Ripple.it is also likely that Tencent plans to purchase some coins that could enable transaction on their platforms of messaging.

Sources have confirmed that Tencent will offer the quoted sum of 2 billion dollars and transform them into XRP coins over the period of upcoming 12 months. Tencent’s vision is to integrate the technologies of Ripple on its WeChat and similar other so that it is in a position to give stiff competition to its market rivals like the payment services of Amazon and Alibaba. The social media space is set to become more interesting with this investment from Tencent as Telegram is also slated for a subsequent second round of its ICO pre-sale. Even though no one has the knowledge about the particular date of the second round of ICO presale, but it is guaranteed to raise a total of 1 billion dollars before it goes full public through a final round of crowdfunding venture. Due to the buildup of the excitement in the crypto-verse and social media, there is great optimism that cryptocurrencies are set to keep on expanding and consolidating their reach despite frequent turbulences in the crypto market and the current FUD.

Tencent has its focus set on using Ripple’s xVia, which is restricted for use strictly amongst corporate payment providers and commercial institutions like banks. Tencent will be using Ripple’s xVia as a quintessential tool for its products which will be made available for access in the mass market.it is products like xVia offered by Ripple which has led to more and more banks showing interest to use the digital payment solution offered by the platform of cryptocurrency. There are over 80 banks and commercial service providers (specialize in the money remitting services) which have signed up for the payment solutions of Ripple. Western Union and Moneygram are two such financial companies leading at the forefront.

The 3 primary reasons behind the banks and financial institutions getting tempted to opt for the payment solutions of Ripple are the following:

Even though the regular SWIFT transfers have a few vulnerabilities and flaws. Every intermediary bank that deals with a wire-based transaction can extricate a fee directly out of the payload of the wire that essentially consists of the bulk of the assets being remitted. This extrication of the fee usually happens without the prior approval or even knowledge of the person holding the account. On the other hand, such issues are eradicated completely with the payment solutions of Ripple. Hence the Ripple-enabled digital payment services are extremely beneficial to the customer. Since the whole process of transaction takes place on the blockchain, every expense is documented and traced on the ledger, which makes the exploration of suspicious charges quite easy.

Even though this investment will help the banking and financial industry in general, but this did not particularly bring much change in the price of Ripple in the cryptomarket as of 15th March 2018, Ripple was trading at 0.67 dollars which was a plunge of a margin of 13.67 % from a period of 24 hours prior to that. There is optimism that the valuation of XRP will reach 10 dollars by the end of 2018.

What’s In Store For ASIC Miner E3 And Ethereum Miners?