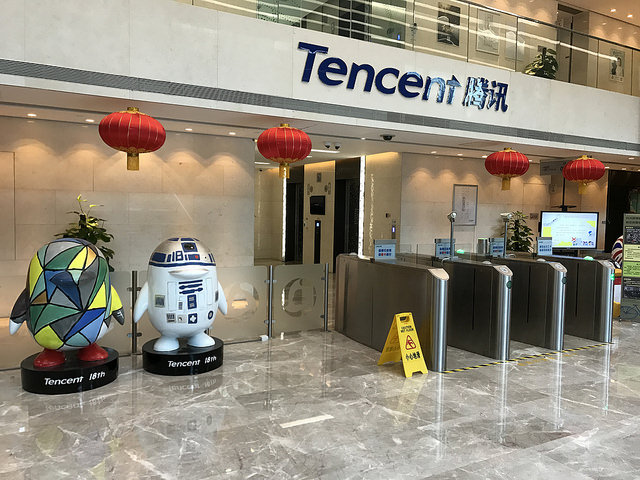 Until you see yourself; don’t jump into believing everything you hear or read. Agree? You better. Now, the news that hit the internet about the Chinese technology giant, Tencent, investing in Ripple seems to be all but speculation.

Sources from Tencent reveal that at least as of now, there isn’t any kind of plan about investing in Ripple. According to an official response from Tencent, the news spreading all over is not true.

So where did the news come from?

Most of the time people believe that the source of the news may determine whether the content has got some truth in it or not. For our case here, it broke from a tweet by journalist Lulu Yilun Chen who tweeted that Tencent has denied any kind of interest in investing in Ripple.

You may want verification for this news as much as we do but on that note, GlobalTimes went ahead to confirm the news from the Tencent team after which they too couldn’t verify this news.

But where did the story first begin?

The story of Tencent investing on Ripple came in a few days ago when grapevine broke it. Multiple sources as well had the same speculation that Tencent was to invest up to $2 billion in Ripple (XRP). These meant that Tencent would buy huge stakes in Ripple just like it already bought stakes in companies like Snapchat, Spotify, and Tesla.

At that time, there were a lot of mixed reactions from various individuals on the possible partnership of Ripple and Tencent. Some of them thought it was just a speculation (just like it now seems to be), a Reddit user said until Ripple confirmed the speculation itself about the partnership, it was just fake news.

All the same, the argument behind the partnership ideally would have been to entirely go past the mobile payments competition simply by integrating Tencent messaging app WeChat into the Ripple technology. Many others would see more advantages that would be as a result of the partnership and are therefore looking forward to it happening.

Whether anything is true or not, the fact still remains that the rumors are yet to continue. However, for sure, something is behind the curtain and as soon as it is brought out by either Tencent or even Ripple, be sure we will get you updated.

Just stay tuned we got you covered as the speculation just goes on.

Stellar Lumens (XLM): The Biggest Victim of the Market Dip despite New Partnerships

Litecoin makes a comeback as the Litecoin Core upgrade gets announced