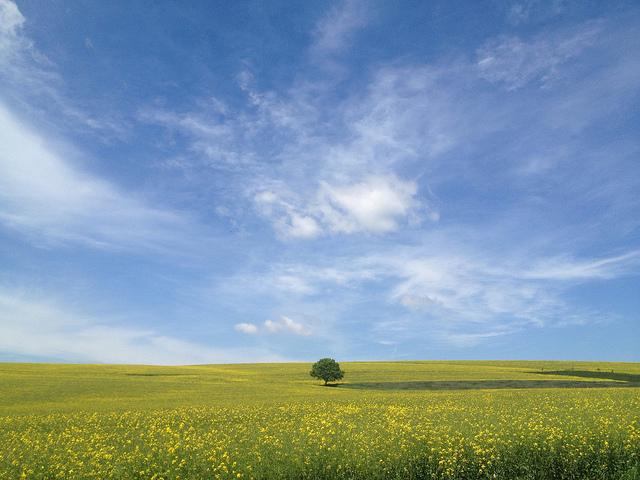 The latest popularity of cryptocurrencies is still not wearing off, but instead, it seems to be getting stronger by the day. This has seen a massive increase in investors as well, with all of them chasing the same goal. A new project called Decentraland (DCL) is one that is getting especially popular.

There are those who would characterize the new project, Decentraland (DCL) as a combination of VR, Second Life, and blockchain. It will have its native crypto by the name of MANA, a decentralized governance which will be using Aragon project’s tools, and the ownership of land (LAND) will be distributed.

It was first founded by two entrepreneurs from Argentina, called Esteban Ordano, and Ari Meilich, back in 2017. Supposedly, these two individuals visualized the concept for this project in a blockchain developers’ hacker house. Esteban Ordano has been known for years as a co-founder of Zeppelin, a DCG portfolio company. Even before that, he was known as BitPay’s early employee as well.

As a developer, he is said to be brilliant, which is by itself something that attracts attention to this new project. His involvement also brought attention to Ari, who turned out to be very innovative, insightful, as well as very mission-driven. His background includes entrepreneurship, neuroscience, and even venture capital.

A year ago, they published a whitepaper which explains their view on the project. In August 2017, the $25mm token sale was finally completed, and the foundation which these two ran got the proceeds in MANA, which will help bring Decentraland to life.

The formation of the land for the project finally started in November 2017. The land was initially supposed to be shared into individual districts. The members of the community would be able to write different plans for the specific use of the land, and then ask for other community members’ donations. One parcel of LAND would be handed out to them for every 1000 MANA that they receive. After that, if the certain milestones are hit, they would receive the actual land.

Instead of sending the MANA to the founder, it was destroyed, or “burned”. This was done in an effort to reinforce the decentralized nature of Decentraland. The auction attracted over 3000 unique addresses and the most expensive part of the land was paid $60,000, or 600,000 MANA.

Right now, the project includes around 90,601 parcels. They are non-fungible tokens (NFT’s), and their ownership is safely recorded on the blockchain belonging to Ethereum, through the ERC-721 standards. The parcels all have a different set of coordinates and can be seen on this map. They are all 10×10 meters, and together they make a Washington DC-sized city called Genesis City.

The land is divided into four different categories:

The world size is large at this point, but it will still need a lot of expanding since it is expected to attract quite a crowd. The process of making new LAND, as well as the growth rate, are still to be determined. However, the most likely scenario will simply repeat the event of the auction. All gathered MANA will, once again, be burned, which will reduce its supply. This is crucial in order to properly understand DCL’s economics.

The DCL is still early, and because of that, largely under the radar. Its community is still establishing itself, and its project is nothing if not inspiring, fun, as well as multidisciplinary.

This might be the app that will completely redefinition the use of blockchain. Using this technology for recording land title was talking about in the past, but it never actually got close to doing it. The fault for that lies with the legacy system, as well as the fact that the ownership of the land is getting recorded on the blockchain, which wouldn’t mean much when the potential oppressive regime decides to take that land from the owner.

LAND will change that, and nobody (besides a really, really skilled hacker) will be able to take control of one’s land.

Because of all these things, DCL might be the first ever decentralized autonomous organization that is fully-functional. The smart contracts that will be the part of owning LAND will allow construction of new organizations, and this may lead to giving token holders voting rights and making various decisions as a collective. The government will be decentralized, and the decisions will be made according to the community’s feedback. Eventually, the power and the project itself will be handed down to the users themselves.

So far, the project sounds amazing, but there are still many questions that need answering. Is it ahead of its time at this point? When can we expect the VR to be ready for mass market? Is the value going to be measured by the amount of possessed LAND, or will MANA be used as a medium of exchange?

These and many more questions are in need of answers. Some believe that this kind of project appeared too early. However, whenever something looks to be too early, it is usually right on time by the time it actually launches. The DCL ecosystem is growing and stabilizing, and it constantly attracts new users and investors. The potential is unlimited, and everyone involved in any way is eager to see where it will all lead to, and how will it all look like in the end.

Is Litecoin (LTC) Changing Its Game Plan By Going For Mass Adoption?