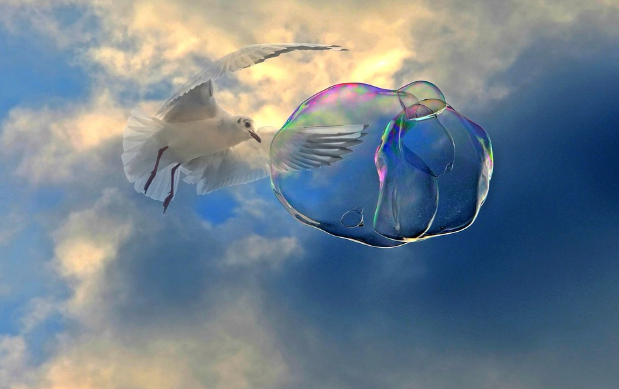 Within the last couple of days, the number one virtual currency, Bitcoin, appreciated from $6,367 US dollars to $7,420, marking an incredible stride after continuous dips. But many might be thinking if the current BTC bull run is going to continue or end even quicker than it started? We have reasons to believe it will carry on, at least for a while. Let’s discover why.

The proclamation caused Bitcoin’s most recent and most substantial price surge in weeks that the most significant asset management company in the world, BlackRock, was looking into ways to invest in cryptocurrency and blockchain technology.

According to information gathered from Financial News, BlackRock has instigated a working group that has been tasked to focus on ways the company can take advantage of virtual currencies, and whether Bitcoin is a viable investment option, it can look at in future.

Two sources that sought anonymity disclosed to the media that a team has already been assembled from different departments of the business to examine the structure of virtual currency, Bitcoin, and the workings of blockchain technology. Part of their mandate is to monitor BlackRock’s competitors and their dealings with cryptocurrency.

The news that BlackRock Inc. is probing the crypto sector is causing excitement on the virtual currency sphere, which in turn is leading to sharp gains for most of the leading virtual currencies in the market. Bitcoin, ranked number one, is particularly experiencing sharp price appreciations since the late morning session, that saw it break through the 6,500 US dollar barrier for the first time since June.

The Monday morning price surge was followed by an afternoon steady price advancement session that pushed the value of Bitcoin to surpass the 6,700 US dollar mark. The virtual currency finished the day at a high of 6,741 US dollar, up from its previous level of 6,357 US dollar. Bitcoins market cap currently stands at around $127 billion.

Is Bitcoin a Bubble?

In today’s world, even those who have not invested in cryptocurrency are starting to keep tabs on the market’s progress. This is because currencies such as Bitcoin have been recording price increments that have left many Bitcoin holders and investors excited about the possibilities of how much its value might climb.

The cryptocurrency market is now getting interests from complete armatures who believe now is the time to invest in the digital asset following the Bitcoin upward surge. However, some analysts are a skeptic of the progress and wonder when the Bitcoin bubble burst.

On whether Bitcoin is a bubble, it is hard to determine if it is considering Bitcoin is an entire industry, this is according to Derek Thompson, a senior economics editor for The Atlantic. However, Derek believes that Bitcoin’s latest patterns are similar to other famous bubbles such as the dotcom bubble that did burst.

The number one ranked virtual currency is an asset that is on everyone’s mouth and thoughts. Investors are making huge life investment decisions based on the value of Bitcoin; they often make remarkable predictions on the future of the digital coin.

The volatility of virtual currencies meets all the requirements to make the whole crypto market to be a bubble. On when it is going to burst remains a mystery, but as things look at the moment, Bitcoin is having a strong breakout that more likely is going to continue for a good period now (at least).