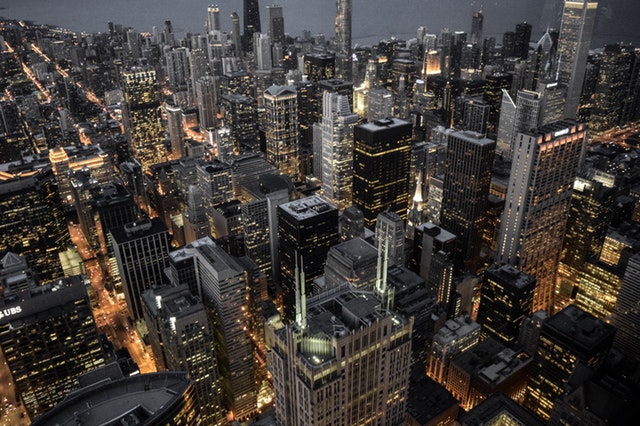 The Securities Exchange and Commission (SEC) has received yet another request for Bitcoin ETF (Exchange-Traded Fund) license, and this time, the request came from CBOE (Chicago Board Options Exchange) Global Markets. So far, SEC has been pretty clear that it doesn’t plan to allow such licenses. However, the current situation might just be the one that will allow CBOE to get what it wants.

New attempt of an old request

SEC, which serves as the regulator for the US, has received numerous requests for licenses for Bitcoin ETF. However, the regulator has never given a positive answer to these requests. Now, they have received another one, this time from CBOE Global Markets, and this one might just manage to go through.

The reason for this is that SEC has recently stated that Bitcoin and Ethereum are currently not classified as securities. This fact alone might be enough to force SEC to finally issue an ETF license, even though it refused to do so before. If they decide to stay true to their statement, that would mean that CBOE Global Markets’ request is valid, and cryptos might enter a new era, where some of them may become tradable as ETFs.

Just to make this clear – an ETF is a special kind of fund, one which acts as a stock when it comes to trading. Still, it also owns the underlying asset of the regular stock. Basically, the shareholders would not be official owners of the assets, but they would still have the opportunity to receive some of the profits.

Thanks to the new viewpoint on BTC and ETH, CBOE decided to try and send a request to receive a license that would allow them to list and trade BTC shares that would be backed by VanEck and SolidX. VanEck is an active asset manager, while SolidX is a reputable blockchain company.

The situation has changed – but is it different enough?

One interesting thing that the request for VanEck SolidX BTC Trust was already made earlier. Twice, in fact, and both applications for a license were rejected last year, in March. Back then, SEC claimed that the market is completely unregulated, and they just couldn’t allow it with a situation like that. Now, things are different, and the same request came once again.

Each of the shares would be valued at 25 BTC, and SolidX Bitcoin Shares would be the only ones that would be traded. This is what the VanEck SolidX Bitcoin Trust is proposing. The unfortunate thing is that the investors will not receive this as a trading option even if the approval does arrive. At least not until the beginning of 2019.

Also, despite the fact that the situation regarding the crypto market differs greatly from the one from March 2017, this is still a hard time for making such a request. There is a lot of speculation regarding the financial funds, and their apparent move to offer crypto investments that are not exactly in compliance with what the current futures contracts are offering. Because of this, there is a general belief that the institutional investors are about to invest a lot into the crypto market.

Still, the possibility of SEC actually approving this request is not eliminated, and doing so might bring the US one step closer to where many other countries stand when it comes to cryptos. It might even be a step in the right direction for improving on their regulatory measures.

Another Lawsuit Claims that Ripple (XRP) is a Security