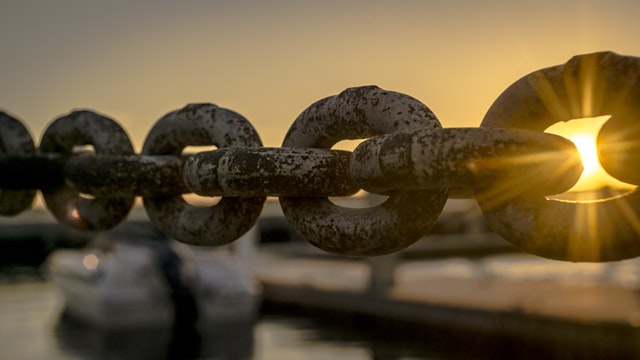 Bytecoin, an open-sourced decentralized cryptocurrency, is widely recognized for its untraceable payments. In the fast-paced world of cryptocurrency, special features like anonymity and tight security protocols play a significant role in investors’ decisions. As a promising cryptocurrency, Bytecoin provides its users with top-notch security features and lightning fast transactions.  The altcoin, which has been performing well in the last few weeks, has alarmed its investors. If you are yet to catch up with the latest updates, here’s the full story.

Bytecoin Gets Affected by Bug

Speaking of Bytecoin’s performance in the market, the coin went through a rough patch last week, as it has witnessed some unusual developments. To begin with, the price of the currency shot up exponentially after Bytecoin got listed on Binance. Bytecoin’s listing on Binance, which took the overall market capitalization of BCN to $3.4 billion, has attracted many new investors to the blockchain, including inexperienced traders. However, the price consolidation led to the epiphany that the spike was a part of the pump and dump scheme.  All data got wiped off as the token fell from rank 15 to 1594, freezing all digital wallets. The executives later reported that they immediately shut down trading activities after they realized that about 25% of their miners were using outdated software, leading to bugs in the system.

Regarding the bug issue and technical problems, the Bytecoin team issued a crisp statement in a Medium post.  The team reported, “Due to a large number of miners who were using the old software a bug appeared in the network consensus. That bug was the cause of the network’s instability. We’d like to say a huge apology to all the Binance users who were faced with Bytecoin’s network issues.”

Ubuntu Cryptocurrency Miner: A Potential Threat to the Blockchain

Malicious mining tools have become a menace for operating systems nowadays. While many mobile devices and Windows are more vulnerable to these attacks, Ubuntu users are not free from the risks of a potential attack. A malicious cryptocurrency mining application was recently detected in the Ubuntu Snap Store. Popular as 2048buntu, the application employed mining code to mine BCN. Monero, the dark web’s favorite currency, has been used for unauthorized mining activities. Although Bytecoin doesn’t offer the same level of anonymity, it has been widely misused by miners. While Bytecoin’s anonymity and tight security protocols are motivating factors behind illegal mining activities, the latest pump and dump schemes are also responsible for invigorating the interest of criminals. Moreover, much to the traders’ relief, the 2048buntu application has been eliminated from the Ubuntu Store.

Bytecoin Gets Re-Listed on Binance

Bytecoin (BCN) users received a huge blow last week when the altcoin experienced one of the worst price dips since its launch in 2012. Apparently, a transaction error detected by the Binance team led to the suspension of BCN on top exchanges, including Binance, Poloniex and HitBTC. While the bug on Binance was a huge reason for traders’ concern, the aftermath of the event sent shock waves across the crypto community. The coin, which is still undergoing maintenance, has been relisted on Binance.

Bytecoin and the Market

As per the price records, the coin is recovering from its losses after the damages caused during last week. The coin, which has been restored to the 17th position in Coinmarketcap, boasts a market capitalization of $1,852,439,152 at the time of writing. Bytecoin is making a successful comeback, but it is still heavily relying on Binance for trading.

The entire crypto market experience a steep price slump this weekend, sending some of the well-performing coins in the red. As the bearish sign makes a comeback in the market, the total market capitalization has hit $400 billion. After an unexpected decline in the market capitalization, much of the losses were recovered during the Asian hours. Although the market has been making recoveries, the general sentiment of the market is still bearish. With Bitcoin trading at $8,317.33, the rebound is not strong enough to pull the prominent altcoins out of the crisis and many of them are still trading in the red. Tracing the price movement of BCN, the coin entered into the top 25 list after it was listed on Binance, but there were a lot of controversies regarding the pump and dump which materialized after the listing.

This is why Ripple (XRP) is not going anywhere anytime soon

Unifi Protocol is not a clone of other DeFi projects, which has led to some very unique innovations.  Unifi Farms will continue this tradition of shattering expectations and introducing features on Unifi Farms not being offered anywhere else in DeFi!

Unifi Farms will have several advantages over old-fashioned DeFi farms.  The one that will likely be the most revolutionary with Unifi Farms is there is no staking of the liquidity token required! Welcome to the world of true auto-farming on Unifi, where we refer to it as No-Stake Farming.

Why is farming without staking so revolutionary?

Savings! Everyone agrees the high network fees on Ethereum have a large impact on the farming rewards earned by liquidity providers.  Even on low cost networks such as Binance Smart Chain, the network fee is a cost that reduces the benefit of farming.

To participate in most farms, the user pays at least five network fees.…

In order to give shape to their ‘one-click DeFi contracts creation’ dream, Defi Wizard has raised a total of $750,000 from X21 Digital, AU21 Capital, Amsterdam-based TRG Capital, DeltaHub Capital, NGC Ventures, and ExNetwork.

“It gives us immense pleasure to announce that our platform, DeFi Wizard has attracted the attention of leading blockchain investors and funds.”

DeFi Wizard aims to help cryptocurrency companies and businesses seamlessly create digital assets, without any hassles, with the objective of becoming an all-in-one token creation platform.

This recently concluded fundraising round is an important milestone for Defi Wizard. It will fuel the development of the platform along with operations/maintenance.

Other ways in which Defi wizard will receive assistance is with liquidity bootstrapping for Uniswap listing, alongwith added global and regional promotional efforts to generate awareness for the platform.

As per the latest statistics, more than five projects are already using DeFi Wizard’s staking services and more than $100M AUM has been locked through the smart contracts generated through the…

99Bitcoins, an educational website that maintains a list of Bitcoin obituaries made by the media, has taken over the Dead Coins project as well. This move effectively crowns 99Bitcoins as “The undertaker of the cryptoverse”.

Deadcoins.com was established in late 2017 to document the death of thousands of altcoins that popped up during the cryptocurrency mania of that time. The idea was simple – create a list of coins that have ceased to exist after the hype died down.

A coin can become “dead” due to a variety of reasons such as its development being halted, having no one that uses or trades it, being exposed as a scam and more. While the project was initially maintained only by its founders, it was later outsourced to the cryptocurrency community which was allowed to add their own dead coins.

“I think the dead coins project is a brilliant idea that needs a bit of polishing” says Ofir Beigel, owner and founder of 99Bitcoins. “The fact that anyone can add a dead coin themselves made the list of coins very inaccurate. We’ve spent days going through the complete list and sifted out all of the coins that were buried alive, so to speak. For example, Bitcoin, Tron, Dogecoin and Tether are just some of the coins that were listed when we took…