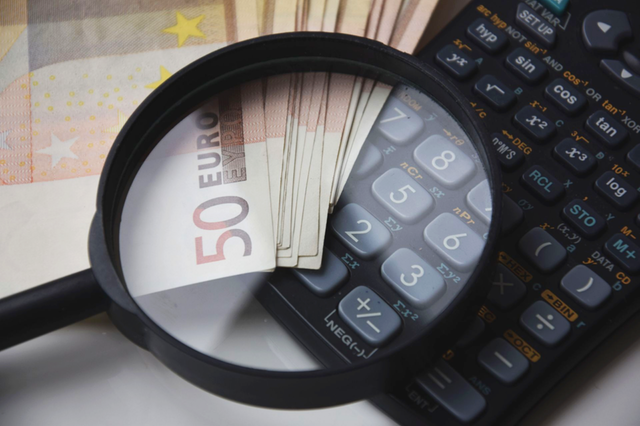 VeChain, ranked as the 15th-best currency on the global coin ranking list is making some serious movements towards the further progress, as originally planned. Besides from having announced that VET got another listing, the majority of VET holders are anticipating the announced launching of the VeChain THOR (VET) main net. The release of the mentioned main net is to take place pretty soon and in that spirit, we are interested in finding out more about the upcoming release. That is not all from VeChain, which made us list all the reasons for keeping an eye on VeChain.

VeChain Gets another Listing

VeChain seems to be keeping it busy as the team behind VEN has announced that their currency has just got a listing Bitfinex. On May 10th, 3 days ago, VeChain announced on their official Twitter page that VET has become available for live deposits, which means that the listing has just become official.

Having another listing always makes a coin shine, and so is the case with VeChain. On the side with the fact that the majority of the market has adopted a new trend of trading in the green with VET onboard as well, a portion of the collected gains for VET surely belong to the listing on Bitfinex, having the exposure of VeChain consequently increased.

VeChain is Partnering up With PwC

VeChain has acquired another partnership crucial for its further adoption and development. This time the team behind VEN currency has partnered up with PricewaterhouseCoopers, otherwise known as PwC.

PwC is known as a worldwide company for providing different types of services with over 200.000 employees in over 150 countries around the world.

The partnership with VeChain serves both VET and the needs of PwC users and customers and was sealed with the purpose of having VEN tokens available for certain services on PwC.

With this partnership, VET will become a part of a trust-based service where these tokens will be used as a payment method within the mentioned service, while the services will be hosted by PricewaterhouseCoopers.

On the occasion of making this partnership official, the chairman of PwC, Raymund Chao, stated that he is happy to announce that their team has managed to establish a strong bind with VeChain.

He further added at it is obvious that the goal that VEN team has is most certainly aligned with the objective they have at PwC, so they have decided to join their forces and partner up.

Since VeChain is aiming at resolving some serious problems that could be easily addressed in the area of supply chain management and similar areas, while trying to establish a stable business ecosystem, PwC could find a perfect ally in this currency and the team behind it.

Yet another reason to believe that VeChain is up to something great is the fact that the team behind VET has just joined the alliance called Mobi.

Mobi stands as an abbreviation for Mobile Open Blockchain Initiative, and they are aiming at leading crypto assets into the new era of applicable blockchain technology. VeChain, just like IOTA and 30 more companies, has joined this alliance, that way entering the next phase towards mass adoption of this currency and its technology.

With joining this organization, VeChain will be able to easily find a way towards a real-life adoption, just like IOTA did.

Since Mobi will be working on creating an environment where blockchain technology would be accepted and brought before the mass adoption for different real-life purposes, VEN will get to be a part of this story.

Mobi is promoting the Internet of Things, and the reason why VEN is seen as a great addition to the team behind this organization is the fact that VeChain’s technology matches the needs of the further development of how IoT works.

Ever since the VeChain THOR main net was announced, the VET community seemed to have fallen in an ecstatic phase. That being said, THOR main net is euphorically expected to happen.

AS of the most recent announcement, it is known that VeChain THOR main net will be released by the end of June 2018.

VeChain THOR is specifically designed for representing a direct connection to the VeChain network. The system works in a way that allows all VET owners to access the VeChain ecosystem, that way gaining access to decentralized apps and smart contracts that would enable them to create and deploy smart contracts.

With owning VET, in order to do so, you will be using VET units to purchase vouchers. The initial vouchers are being measured in a way that collects all the information about how many times a certain user has visited the main net, along with measuring the level of complexity in used smart contracts.

This is the case because all users that are interested in using smart contract tools and decentralized apps are encouraged to own VET tokens. The more VET tokens you have, the more times you are allowed to enter the main net and the complexity of smart contracts available to you as a user, gets proportionally higher, so you can work on more complex decentralized applications.

The team is expecting to have the price of THOR stable throughout the year, considering that VeChain THOR main net will also represent a safe and stable environment.

Ranked as 15th-best currency in accordance with its market capitalization, VeChain is following up with the most recently adopted market trend of having the majority of currencies trading in the green.

After a week of having the majority of currencies going down against the dollar, we can finally see the market trading up in the green. VeChain is following up with the trend, so we can see it going up against the dollar by 2.38%.

However, Ethereum is doing slightly better at the moment, so VET is going down by -1.90% against ETH.

After the latest change in the market, VeChain can be currently traded at the price of 4.60$ per one unit.

ICON (ICX) Partners Up with Samsung Thanks to Chain ID

IOTA (MIOTA) Makes it into the Auto Industry: Here’s Why