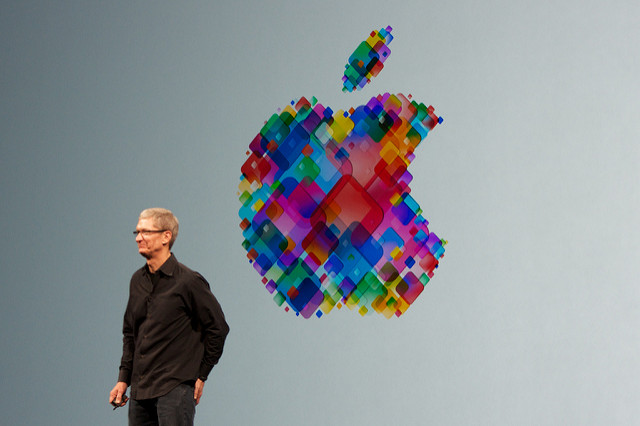 Apple may not live on the bleeding edge of emerging technology, but they are known for introducing it to the mainstream. Their integration of near field communication (NFC) into the iPhone series allowed them to bring Apple Pay to life. While several competitors now exist, Apple Pay was undeniably the first major mobile phone payment service. In the time since the technology struggled to gain market traction. Disparate payment systems, coupled with a lack of merchant incentive, prevent wide-scale adoption. Apple’s recent update to the Apple Pay system introduces the Payment Request API – and more noteworthy, Ripple’s Interledger Protocol.

While a footnote for Apple, this is major news for the Ripple payment protocol. A huge market share of the mainstream public uses Apple products, and now by default Ripple. If the new Payment Request API gains traction, Ripple could become the first cryptocurrency in widespread use. This depends on the continuing simplification of the payment process. There is a high barrier to entry to the cryptocurrency sphere at the moment, and even then the learning curve is sharp. Users still need a high level of technological literacy, something that Apple may be able to help mitigate.

What is the Interledger Protocol?

Everyone is all too familiar with the traditional banking transfer process. Created in-house, banking networks rarely communicate well with other institutions. Payment processing agencies, including credit cards, don’t benefit from allowing merchants to easily use other options. This creates an environment where transfers can take days. In the case of international transfers, it can be even longer – with a large amount of potential fraud.

Ripple’s Interledger Protocol introduces a solution this problem. Interledger creates a network of different blockchain protocols and traditional digital ledgers. Each ledger that wants to gain access to the Interledger network must create an end-point that uses common Interledger addresses. This effectively creates a network of networks, integrating all of the disparate networks into a single protocol. So long as the origin sending institution can easily communicate with their own Interledger module, sending payments to the network is simple. Similarly, the end-point module only needs to communicate with two locations; the institution itself, and the Interledger protocol.

Ripple on the Move

This is only one of many triumphs accomplished by Ripple so far this year. Major bank Santander recently announced that they would be using Ripple’s xCurrent payment service. Their mobile app will be the first international transfer service that uses Ripple’s payment protocol. This is alongside the shocking donation of $29 million USD worth of XRP to DonorsChoose.org. Ripple completely funded every project on the charity site, an action announced later on Stephen Colbert’s late night show.

While Ripple suffered in the wake of the market correction alongside all other coins, they’ve remained relatively stable in the short term. Their focus on gaining real-world partnerships with major financial institutions is paying off. Unlike many blockchain projects, Ripple boasts an entire suite of functional products. When we reenter a bull market, Ripple is primed to lead the charge.

Stellar Builds the Bridge Between Blockchain and Traditional Finance System