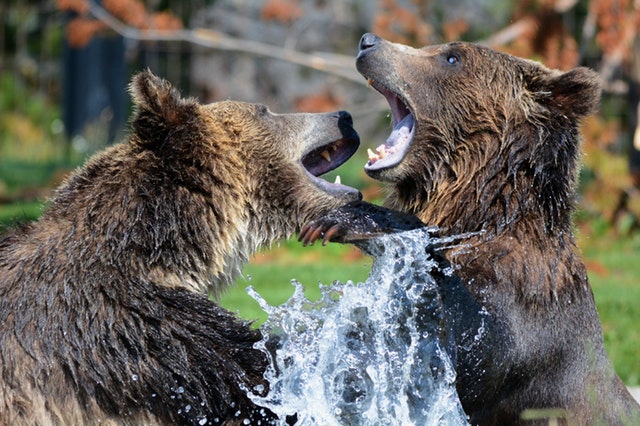 After a solid countertrend rally in July, which we anticipated and readied readers attention to of Global Coin Report, where Bitcoin generated a nearly 50% return for those whom participated in the move as well as reaching our noted measured move price objective in the 7800-8000 zone, BTC has since found the footing slippery and as a result, has now recently violated its former break-out point located at the 6900 level, which has precipitated further decline.

In our last missive,”Is The Countertrend Rally Over? “, we noted the following, “Moving forward, in order for BTC to ‘get going’ once again and resume its northern trajectory, both investors and traders may want to pay close attention to the 200 day SMA located at the 8440ish level as well as the 8510 and 9020 figures as potential overhead resistance levels to be cleared,” which did not not materialize and was a signal that the recent move may have exhausted.

We also went on to state, “Therefore, while BTC has and remains in ‘better’ technical shape than many of its brethren, and we’re not ready to officially declare that the forecasted countertrend rally is ‘Over’ just yet, we’re beginning to witness some signs that both  investors/traders may need to ‘tighten’ things up and keep their positions on a tight leash”, which has since proven prescient.

With that behind us, let’s take a look at the Chart of Bitcoin to see what may be in store as we move forward. 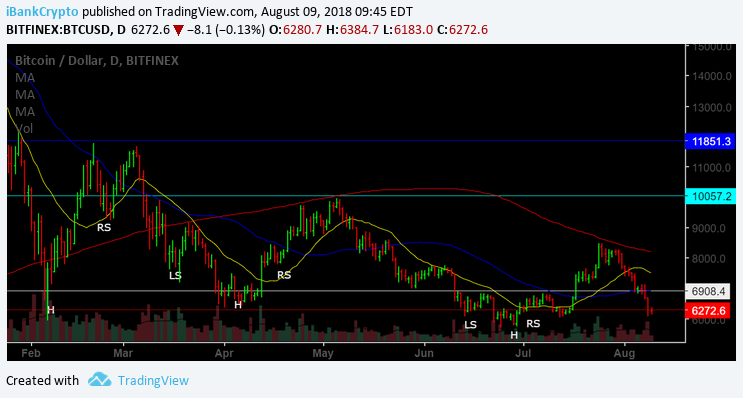 As we can observe from the daily chart above, Bitcoin is short-term oversold and due for some price relief with BTC registering eleven (11) down days out of the past twelve (12) sessions, constituting severe oversold conditions.

Additionally, we can also see that the primary trend, which is lower, remains in effect as BTC continues to trade below all of its important moving averages (20/50/200 SMA), which portrays and unfavorable technical posture.

However, and perhaps most importantly, with Bitcoin recently having violated the 6900 level on the downside, which acted as the neckline (resistance) on its most recent inverted H&S pattern, which then turned to critical support, such level will now act as formidable resistance once again.

Moving forward, both investors/traders may want to utilize the following levels as a guide in navigating the landscape ahead.

If BTC can get itself going to the upside, which we suspect will occur in the days ahead in order to work-off the oversold conditions, the 6900 level should prove formidable short-term resistance. On the flip-side of the coin, potential short-term support resides at the 6200-6300 zone with minor support at the round 6000 figure as well as the 5700 figure providing more meaningful support.

Nonetheless, the July countertrend rally is officially over and after some short-term price relief, we suspect that Bitcoin and the entire cryptocurrency landscape is in for further downside action before this bear runs its course. In essence, the bear continues to wreck havoc throughout the tape.

We remain in a primary downtrend whereby risk management is imperative, particularly for those whom are trading the short-term blips.

Related Topics:Bitcoin (BTC)chartingTechnical Analysis
Up Next