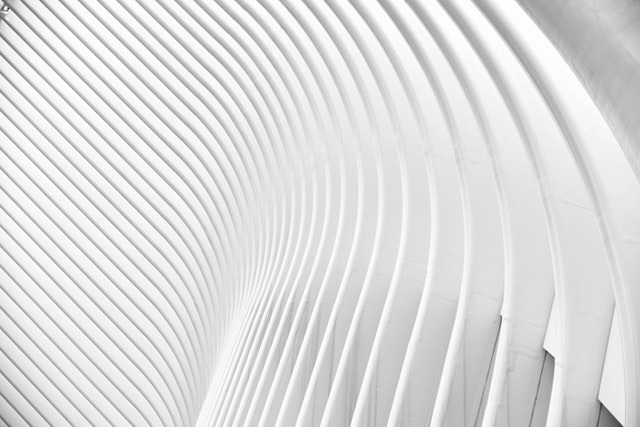 When we presented our analysis last week, we suggested that some coins were more technically vulnerable while others would be tough to break down. The two coins we have on tap for today’s analysis – IOTA and Cardano (ADA) – represent one of each of these classes.

But, as many long-time HODLers know, when it rains it pours. No matter which class you have been in, the action over the past few days has been blood red. Now, it’s time to take a look at what comes next. 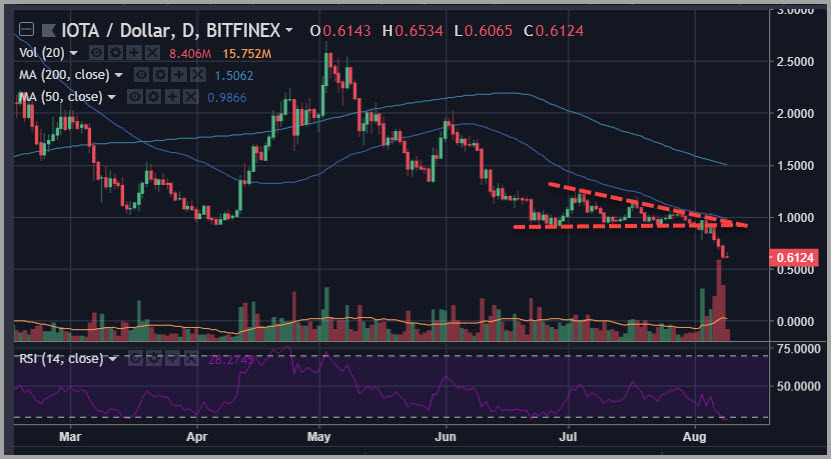 As noted above, IOTA represented one of the most technically vulnerable coins to us in our analysis last week. The key here was the very clear descending bearish triangle that had come into place on the charts since late June.

IOTA began creeping down towards what is known as the bearish trigger line earlier this month. When that trigger line snapped, we saw some gyrations and, ultimately, down the drain it went.

As technical analysts are fond of saying, prior support becomes new resistance. All that really means is this: if we see a bounce, it may be awfully difficult for IOTA to climb back above the $0.90 level.

That said, those hanging onto this one would be awfully glad to even get the chance to watch it fail at that level at this point. Principal support in place right now in this chart is at the $0.60 level. A break underneath that could really empty things out for IOTA. 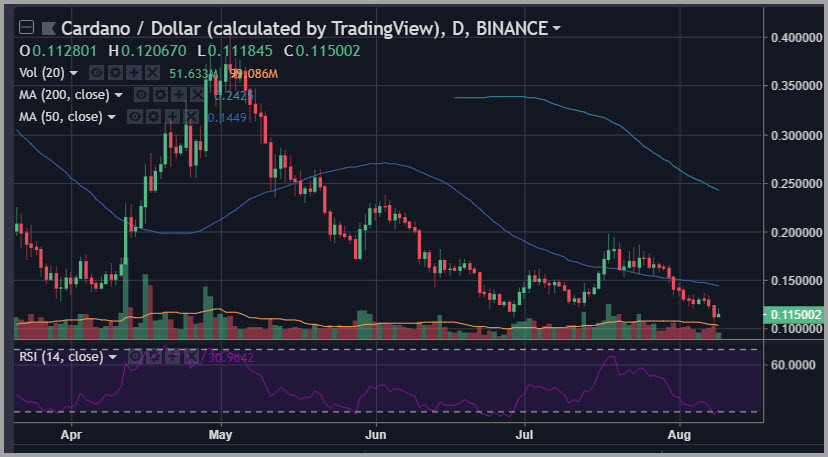 Cardano (ADA) had been trading with at least a mild degree of relative strength during the majority of trading in June.

However, once things rolled over, clear support levels such as the coin’s 50-day simple moving average were taken out relatively easily.

The decline that we have seen off of the July highs in Cardano (ADA) is now a relatively clear Elliott wave impulse formation, separated into five waves that may be nearing completion or already completed.

That meshes well with our read of support, which comes in at the June lows at a pivot around the $0.11 level. We splashed below that briefly yesterday in ADA, but are trying to claw back now into positive territory. If we get some momentum coming on the upside, look for the $0.13 level to provide resistance.