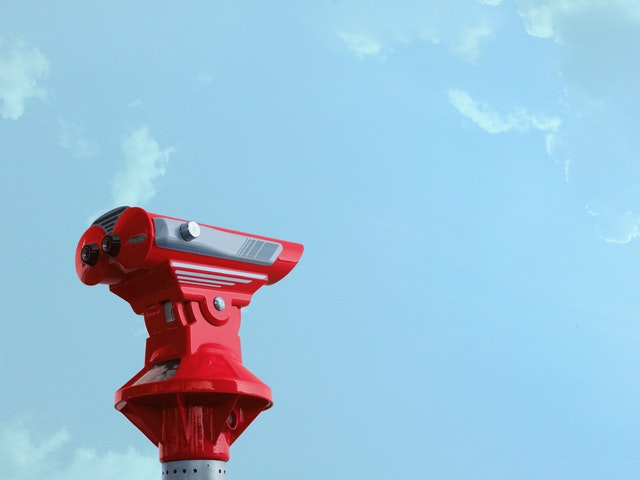 As we take a close look at the charts for Bitcoin (BTC) and Tron (TRX) below, our goal will be to develop scenarios for understanding potential support levels given what appears to be – for much of the cryptocurrency complex – a new leg lower in the overall bearish trend that got started at the beginning of this year.

This process is about implementing a study of both the tone of the action and the levels appear on the charts based on an intricate analysis of historical prices and the key levels that played important roles in the action over the course of the last year of price movement. 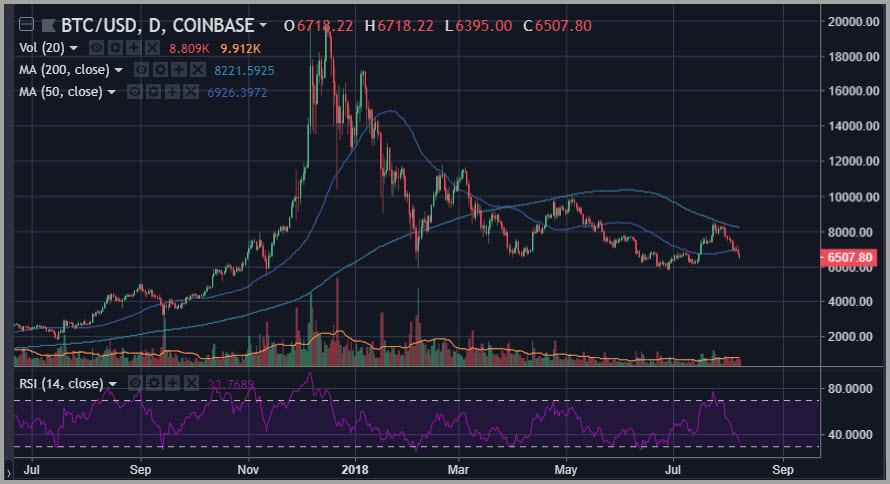 While the selloff over recent days has been relatively severe, Bitcoin (BTC) remains an overall island of relative strength based on both the magnitude of its recent declines – much less on the downside then we see in many other large market cap coins – and the relationship of its current price in comparison with its major pivots over recent months.

In other words, Bitcoin (BTC) remains well above its lows from late June, unlike many other coins.

However, even given this relative strength, there’s no denying the technical damage that has been done over the past 10 days. The 50-day simple moving average is toast. The range highs from early July are likewise toasted. That centers our analysis on the pivot lows established in late March and early April between $6400 and $6600.

Either the current zone around $6500, or this lower level around $6100, should be enough to spark at least a selling exhaustion point capable of spurring a bounce back up to test the 50-day simple moving average in confluence with the $7000 level. 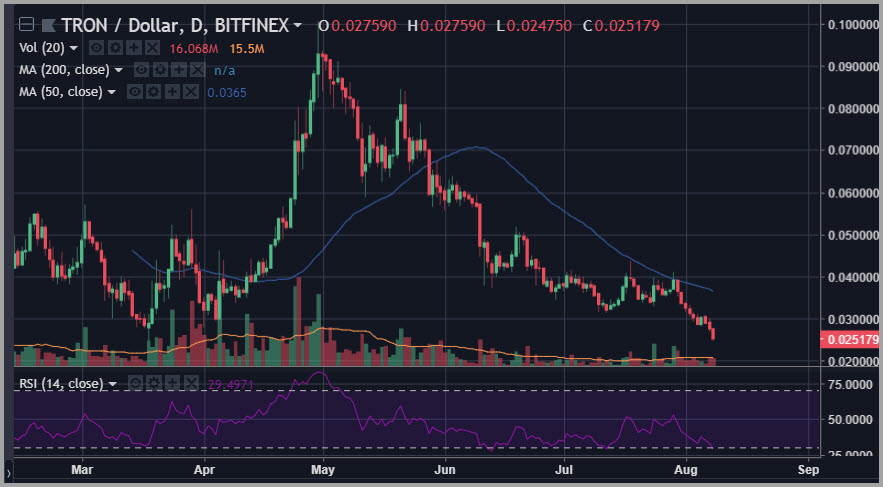 While it may appear as though the action in Tron (TRX) has been driven by a correlation with Bitcoin, it should be clear that TRX is badly underperforming Bitcoin in recent action, and has been demonstrating this underperformance for the better part of the past few months.

On its face, this makes Tron (TRX) one of the worst-performing coins across the crypto complex over the past few months. That suggests that TRX became crowded with overeager bounce positions that are now being liquidated as recent lows are taken out during the decline.

However, hope springs eternal in a bear market. And the next level of hope that may come into play and drive the potential for a bounce in Tron (TRX) should come into play as we reach dramatically oversold readings on the 14-day RSI indicator in confluence with a test of the pivot lows from early February and mid-March in the neighborhood of the $0.025 level.

Here Is Why Bitcoin (BTC) Does Not Need the SEC, Wall Street and an ETF to be Great