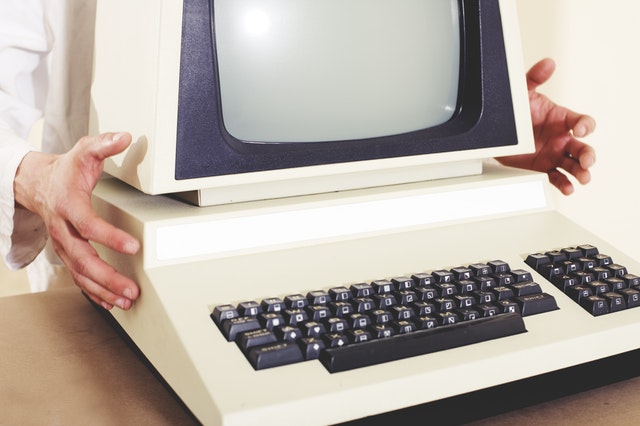 The situation regarding the Bitcoin market right now looks a lot like the one surrounding big tech companies like Amazon and Microsoft 20 years ago.

The unstable nature of cryptocurrencies has been confirmed once more in the last few weeks. Only three weeks ago, many believed that another serious bull run is afoot after Bitcoin (BTC) hit $8,400 in a matter of days. This increase was warmly welcomed by crypto investors and enthusiasts from around the world, believing that the bearish trend that has dominated the year up to that point was finally over.

However, the bull run was short, and now, in mid-August, Bitcoin is once again struggling, seriously threatening to go under $6,000. Many believe that another drop might permanently damage BTC, making its struggle for dominance finally over. If that were to happen, the coin would never be able to reach its true potential.

And, while the situation with Bitcoin is bad, it is nowhere near as bad to the situation of the altcoins. While almost all cryptos are in the green at the time of writing, Ethereum (ETH) has seen a significant drop yesterday, as well as the day before. Ripple (XRP) has gone down by 93% from its record height.

While many have been trying to find a reason behind this behavior, some, like CoinShares’ Chief Strategy Officer, Meltem Demirors, believe that the issue lies in the lack of investors. This is especially true when it comes to institutional investors, since the market behavior either discourage them from bringing money to the crypto world, or they completely lose interest in it.

Demirors believes that this is due to the fact that cryptos are still mostly valued by their price. While the price does play a significant role, things like currencies’ goals and technology should also be taken into consideration. A lot of cryptos have a huge potential to revolutionize numerous industries. However, they can never properly shine since everyone are only looking at their prices. Prices that are almost always influenced by Bitcoin’s behavior.

The new coins are hit by the bearish trend especially hard. Blockchain startups that are hoping to launch their own coin through ICOs have a choice to either sell their assets now and keep whatever funds they manage to gather or to stay their course and hope for the best. Obviously, this is not much of a choice, and definitely not the way that future successful businesses should be acting.

While a lot of ICOs are trying to raise capital through BTC or ETH, they can’t do much with the prices constantly dropping. And, while there are somewhat stable altcoins out there, and they can preserve their value in the long run, there is also a big decision regarding which one can and should be trusted.

The history repeating itself

According to Demirors, this is a very similar situation to that in the early 2000s, when revolutionary technology companies like Intel, Microsoft, and Amazon appeared. While these have become megacorporations in the last 20 years, back then, they also struggled to gain trust and necessary funding.

Additionally, all those that did decide to support them had to wait for nearly a decade or more to see returns on their investments. The wait paid off, and they are all rich now, but at the beginning of these companies, the risks were huge.

Demirors also stated that new technologies, and especially ones that threaten to change everything that we have known so far, often take a very long time to be understood and accepted. Obviously, with the introduction of cryptocurrencies, this change is even bigger, since we have been using the physical money for thousands of years. Now, all of a sudden, the digital money is trying to take over. And while it definitely presents numerous advantages, accepting such a large change is not an easy thing to do, especially for older generations that are currently still calling the shots.

Here Is Why Stellar XLM Is the Silent Ethereum Killer