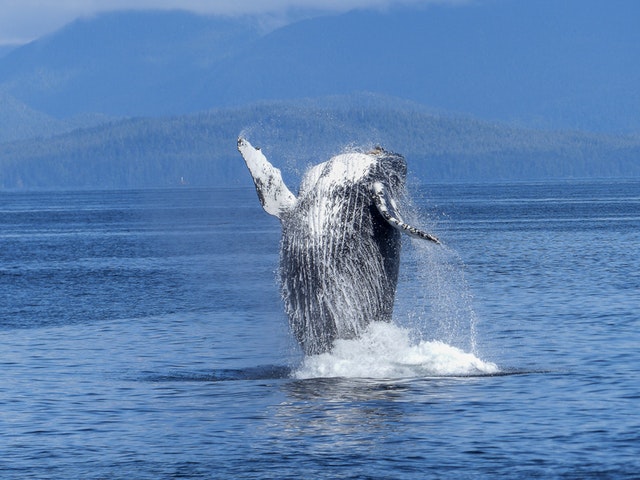 Bitcoin whales, which is a popular term for BTC’s largest holders, have always been the largest influencers on Bitcoin’s price. In fact, many analysts, experts, and even regular investors have been tracking what the whales are doing. Their actions were taken as an indication of what’s to come, and whenever a whale was about to sell BTC, a drop in price was soon to follow.

This has earned them a reputation of the market’s largest destabilizers, which did not make them especially popular in the crypto community. However, according to new data, it is more than possible that Bitcoin whales are actually working on keeping the market stable, instead of causing more chaos, as everyone was led to believe.

Bitcoin whales are keeping the market in check?

Earlier this year, in August, a new rumor appeared, claiming that a $2 billion whale was disrupting the market’s already fragile stability. Reports of BTC sales as high as 50,000 coins per month have caused a 15% drop in Bitcoin’s own value. Speculation regarding these sales followed, with whispers of shadowy deals dominating the discussion forums.

Bitcoin investors, large and small, felt threatened by these giant holders, with many of them believing that the entire crypto world could collapse on their smallest whim. In order to determine whether these fears were justified or not, an intensive analysis was conducted. The analysis has targeted 32 largest known whales, with attempts to find connections between them or at least patterns in their behavior.

However, the results of the analysis were rather unexpected. According to data, Bitcoin whales are a very diverse group. Only one-third of them are active in the field of trading. Of course, while their trading habits have the potential to move the market due to the sheer size of transactions, it would appear that these large transactions were made in order to favor the market, instead of disrupting it.

On several occasions, whales have traded against the herd. They bought coins when their prices started dropping. This has caused shifts in the market, as expected, but most of such shifts were actually positive. Naturally, this kind of behavior is nothing but logical. Whales are professional traders, and they understand their power, as well as how to use it to improve the market in the best way possible. In a way, we could say that the question of their trustworthiness was the biggest issue.

After conducting the analysis of 32 largest whales, experts have divided them into four groups, according to collected data. These whales represent around 1 million BTC ($6.3 billion). The four types are as follows:

Traders engage with various exchanges on regular basis. They are mostly buying and selling Bitcoin, and it was reported that there are around nine largest wallets, which control more than 332,000 BTC ($2 billion). While these whales make only one-third of all the whales’ holdings, they are still the largest of four groups. Additionally, it should be noted that the most Traders among the whales entered the market last year.

The second largest group includes those who came to the crypto market early on, before the boom in 2017. It is estimated that this group includes around 15 investors, that also hold around $2 billion in total or 332,000 BTC. This group rarely trades, and many of them have sold a lot of their coins when Bitcoin’s price surged in 2016 and 2017.

The third group is made out of wallets that have spent years undisturbed. It is estimated that there are around five such wallets, that are holding more than 212,000 BTC, or $1.3 billion. The owners of these wallets have either lost their private keys and now the wallets can’t be accessed — or they simply do not use them in any way. Most of these wallets have been completely dormant since 2011.

Unfortunately, there is also a group of Bitcoin whales that are considered to be connected to criminal activities. These include three very wealthy wallets, with around 125,000 BTC ($790 million) stored in them. Two whales from this group are confirmed to be connected with the darknet market (Silk Road), while the third one is suspected of having connections to money laundering operations.

With so many whales around, it would not be unreasonable to assume that they are the ones causing the trouble in the crypto market. Wile only one group is actively selling and buying BTC, whales are still seemingly quite innocent when it comes to causing volatility. Instead, they are only trading small amounts, they are buying coins when the prices start to drop, and they actually seem to be taking care of the entire market by doing this.

Ripple, Ethereum, Bitcoin, and the crypto-markets all down, why?

Binance Announces Delisting of Bytecoin And Three Other Altcoins