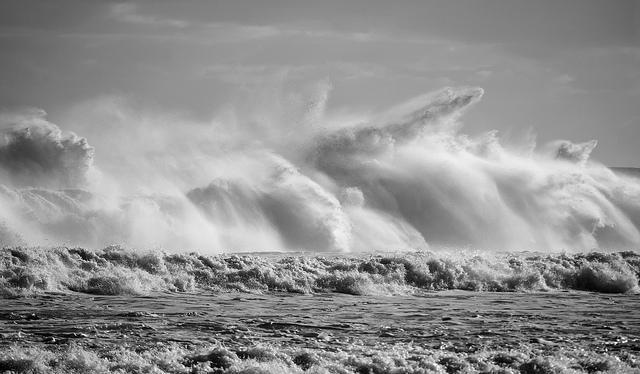 If you follow Bitcoin news (as we assume since you’re reading this), you know there’s a lot of bad vibe around it. Haters say it’s too volatile, that it’s worth nothing, that it isn’t money, that’s it’s ruled by China and many other things. Well, most of that is just absurd. It has nothing to do with reality and everything to do with fear which is, unfortunately, the way most markets work.

So let’s take a minute to have a look at Bitcoin’s current situation and try putting it into perspective so we can find out if it’s so bad as critics say or if things are going more or less well, giving us no reason to panic.

As we all know (and if you don’t you’ll find out in this very sentence) Bitcoin reached it’s highest peak last December 17th. It’s been all going down since then. This is terrible news if you bought tokens back then but is it that bad for the community as a whole? Does it mean that Bitcoin and crypto are doomed?

Some people would answer affirmatively to both questions, but you should take that point of view with a grain of salt. A lot of the people who manifest that are people who are reading the writing on the wall but are scared of Bitcoin to go up because they don’t own any. We know how childish this sounds either from them or form us, but it happens.

But if you take the time to look closely into the Bitcoin market’s recent developments, there are plenty of good signs. We are quite confident that this will mean that Bitcoin will grow back, it will explode in price at some point in the future, and it will lead the way (as it always has) for the cryptosphere as a whole.

First of all, something like 10% of all of the world’s Bitcoin wallets has remained inactive for most of the year. And some of those wallets are pretty big. This means that there is a perfect proportion of BTC holders who are sure that their digital asset’s value will go up again, which is why they’re not selling, even as the market keeps going down.

Then there’s the volatility factor. Crypto markets, Bitcoin especially, have been intensely criticized by skeptics and haters because of the level of volatility they have. While volatility has been, indeed, the rule for years, if you have a look at what’s happened over the last month, you’ll find that Bitcoin is, right now, half as volatile as the Dow Jones index or as any fiat currency market. In other words: BTC is becoming a stable means to store wealth, more reliable than most other traditional resources such as the stock market, USD, Euros, or Pound Sterling.

One last thing: have a look at the value chart for, say, Apple’s shares. Then compare it to the current chart for Bitcoin and other digital assets. Do you see how much they look alike? Apple has been around for more than three decades, so it’s had the time to explode but just notice how Bitcoin is showing the behavior Apple did before it went big (and we mean really big).

Remember this: 17 years ago everybody was sure that Amazon would go down like a led balloon. A lot of ink was spilled explaining the world why it was never going to work or recover. Well, Jeff Bezos is now the world’s richest man and nobody doubts about Amazon as a viable option. So don’t despair about your Bitcoin holdings. If you have some, keep them. If you don’t, do your homework and get some.