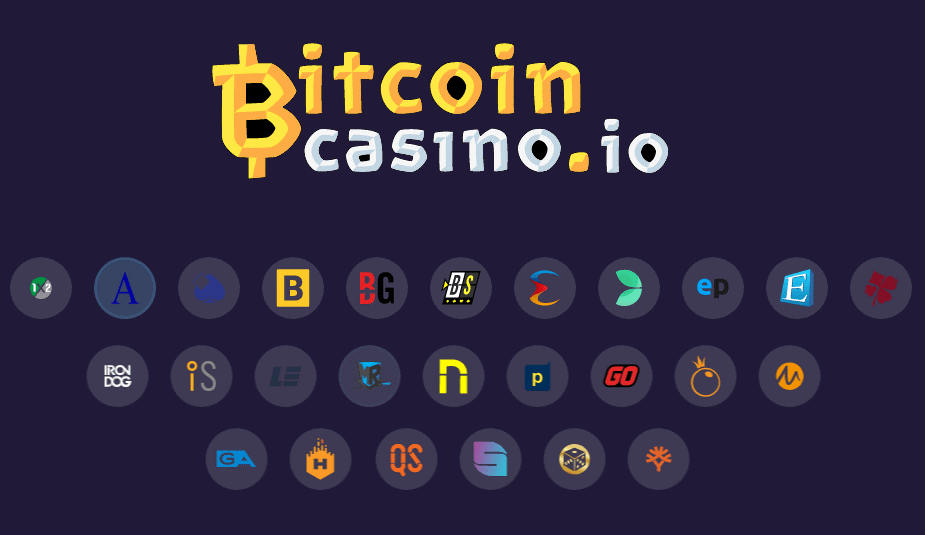 Bitcoincasino.io is among the top gambling domains offering casino games for both Crypto and F.I.A.T players. The crypto casino is licensed to operate in the gambling industry by the government of Curacao.

As the crypto gambling scene is full of scam sites that have defrauded many players, it is of utmost importance that a gambling site is certified and trustworthy. Tunf, a trusted review site, has put Bitcoincasino.io through a thorough rating system and has concluded that the site is worthy of their approval. This certification is very important as it shows that the platform is legitimate and offers a secure gambling experience.

The site features a wide variety of mobile and instant play titles, boasting a collection of over 3000 games. This is probably the biggest library of games ever offered by a crypto-based gambling platform.

In addition to slot games, there are also live dealer casino games, roulette, poker, blackjack, jackpot, and other table games. The titles available on the site are from nearly 30 different providers, including BetSoft Gaming, iSoftBet, Microgaming, Evolution Gaming, Habanero, Iron Dog Studio, Quickspin, and many others.

Even thoughbitcoincasino.io started out as a Bitcoin-only casino, it quickly expanded to include thousands of games. The casino has made three more additions to its list of providers: No Limit City, Yggdrasil Gaming and a top provider, Net Entertainment.

Net Entertainment is one of the biggest software game developers in the gambling industry. The Scandinavian company has been activating in the space for well over two decades, securing its position as a top online game provider.

NetEnt games are not live on the website yet, but people are already speculating what games will be added from their collection. Slots will definitely make the cut, but the live dealer, table game and progressive jackpots could also be included.

Currently, Net Entertainment does not have games that accept cryptocurrency deposits. While some bitcoin casinos feature NetEnt titles, the crypto funds deposited are first converted into fiat currency before the players can start the game.

It is thought that the games will only be accessible to BitcoinCasino.io users that will make deposits, withdrawals, and wagers using fiat currencies, but this information has yet to be confirmed by the casino.

Yggdrasil has also been added to the list, with its games now live on the domain. Their new slots went live at the beginning of this month and are some of their most popular games. Among them, we mention their Wikings series (Vikings Go to Hell, Vikings Go Berzerk, and Vikings Go Wild), as well as Wolf Hunters, Penguin City, Rainbow Ryan, Orient Express, Nitro Circus and, the progressive slot, Ozwin’s Jackpots. Other titles featured are Spiña Colada, Power Plant, Reptoids, Valley of the Gods, Tut’s Twister and Winter Berries.

No Limits with No Limit City Games

Last but not least is No Limit City. This new software provider has risen to the top in just a few years after its launch. It first started out by working for other big providers to host their games, but it has branched off to become a noteworthy competitor in the industry. BitcoinCasino.io has included this provider’s games on their site as they have acknowledged their promise and quality.

Their most popular titles such as Wixx, Tesla Jolt, Coins of Fortune, Ice Ice Yeti, Fruits, and Tombstone slots are now live on the casino platform.

Perhaps the most recent feature of bitcoin casino is the implementation of fiat support. Deposits, withdrawals, and wagers can now be made using Euros, USD, Canadian Dollars, Japanese yen, Chinese yuan, and other fiat currencies.

Up until a few weeks ago, BitcoinCasino.io only accepted Bitcoin and other cryptocurrency options on its platform. As it has now included real money options, its games are no longer limited to crypto users.

Players can now access an impressive library of games that no other casino has, regardless of the currency they feel more comfortable with, be it fiat or digital.

Related Topics:BitcoinCasino.iopress release
Up Next

Three of the Best Crypto-Friendly Currency Accounts for 2019