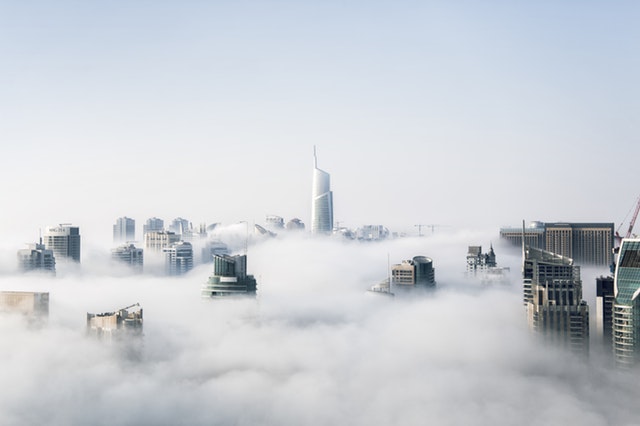 The year is 2038, and many of us have aged a bit. Some of us dudes have accepted our fate as having lesser hair on our scalp. Perhaps a flying car would be a reality by then, and HODLers would be the lucky few who own them. That is because the cryptocurrencies of Bitcoin (BTC), Ethereum (ETH), XRP, Tron (TRX), etc., have blossomed to their full potential and become mainstream investment instruments.

What we are going through now – in 2018 – are growing pains that are sure to separate the so-called ‘weak-hands’ from the long-term HODLers who have seen the future like Doctor Strange in the Marvel Universe.

So let us travel forward 20 years in time and see what our favorite digital assets would be valued at as well as any technical advancements by then.

In 20 years, BTC would have probably experienced a few parabolic moves and peaked at all the predicted levels of $25,000, $50,000, $250,000, $1 Million, etc. These price movements would have even saved John McAfee from eating his own d*ck. By then, BTC would be the digital gold and all fiat would have become extinct and displaying in museums next to fuel guzzling Lambos.

More forks of Bitcoin would have emerged by then with each claiming to be the refined version of the original. But the original Bitcoin by Satoshi would be highly sought after by HODLers who believe its value will perhaps reach higher levels above the $1 Million predictions.

The probability of the Ethereum community agreeing to solve scalability issues in 20 years is very high. By then, the network will be processing transactions at speeds that are probably 100 times current levels. The ERC20 token protocol would probably be obsolete and replaced by some other protocol that has fewer vulnerabilities in the smart contracts.

The remittance industry in 20 years will probably be at the fingertips of the Ripple company. The firm would have by then, apparently merged or acquired SWIFT and any other threat to their ‘global domination.’ XRP would have surpassed the eagerly awaited $10 and done more in gains to levels that have not even been predicted. The monopoly of Ripple software solutions would once again become a cause for concern but not to XRP HODLers who would be reaping the rewards of waiting.

By this time, Litecoin (LTC) will probably have decided to no longer live in the shadows of Big Brother, BTC. Litecoin would have managed to become the preferred digital asset for sending funds through SMS and Telegram messaging through Lite.im.

Also with TokenPay, the Litecoin Foundation would become the Goldman Sachs of crypto banking through the simple fact that they were one of the first to issue crypto debit cards after acquiring a stake at WEB Bank.

In conclusion, and the basis of this futuristic post is to remind crypto-traders and enthusiasts that we are on the cusp of greatness with cryptocurrencies and blockchain technology.

With every new technology that is introduced into the mainstream, there is a reluctance to adopt it immediately for this would be disrupting the ‘Business as Usual’ of doing things. Humans are creatures of habit, and any disruption of that habit is usually met with fear or hostility as we see now.

But 20 years down the line, crypto traders will be flying around in their cars and being glad they kept HODLing.