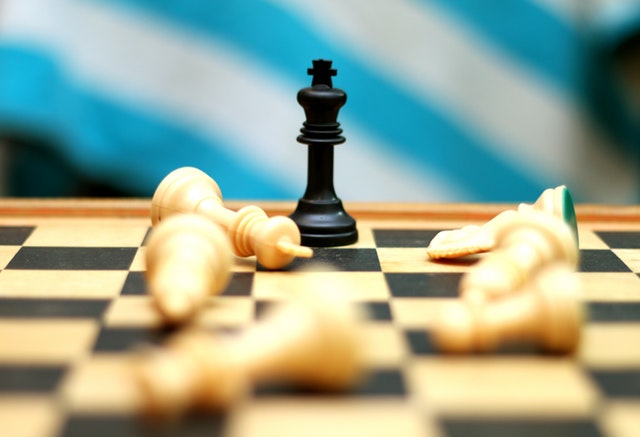 NEO came into prominence in 2017 and according to eToro, in terms of market capitalization, the coin had hit a peak of $187.41 on 15th January 2018. NEO is often considered to be the pioneering Chinese cryptocurrency that made it to the mainstream. Currently, according to coinmarketcap.com, NEO is positioned at number 11. The price of NEO at the time of writing shows approximately $64.00 USD while the market cap is approximately $4,160,110,500 USD. The volume (24h) is nearly $111,618,000 USD. (As of 14th May 2018) The current price action may not be enough to convince someone to invest in NEO now but the 11th rank should say that being one of the top-ranking cryptocurrencies it is worth investing in.

Unlike most of the cryptocurrencies, the NEO blockchain is not decentralized and thus can never be forked. Da Hongfei, the creator of NEO developed the platform by maintaining the Chinese cryptocurrency regulations. Its coding methodology allows the network to be upgraded and changed without going through the user consensus process. According to the official website of NEO, “NEO is a non-profit, community-based blockchain project that utilizes blockchain technology and digital identity to digitize assets, to automate the management of digital assets using smart contracts, and to realize a ‘smart economy’ with a distributed network.”

According to the monthly report of April published by the NEO development team, New Economy Labs (NEL), the team had completed the address details page, NEP-5 details page, and the UTXO paging. The web wallet of NEL had also undergone some changes for holding NEO assets. Another development is that the NEODUN hardware wallet firmware interface and the main flow functions have been completed. The users will be able to import private keys through secure channels.

Improvements in Switcheo, the first decentralized cryptocurrency exchange on NEO

According to the company figures, within the first week of launching Switcheo, the trading volume went above $2 million. In fact, the exchange has moved to the top 5 Decentralized Exchange (DEX) after Ethfinex, Idea, and Cobinhood. In late April, it also made to coinmarketcap.com exchange list. Other than the ERX20 tokens, the users of Switcheo platform can conduct transactions with 20 NEP-5 tokens. It includes NEO, Switcheo Token (SWH), GAS, TheKey (TKY), Bridge Protocol (IAM), Red Pulse (RPX), DeepBrainChain (DBC), and Trinity (TNC).

Version 2 of the Switcheo Public Beta exchange can be accessed on the NEO TestNet now. The users need to have a wallet for testing purposes that can be created with NEOTracker or Neon Wallet in order to use the platform. After creating the wallet, the users can go to the Beta exchange and then switch from MainNet to TestNet. They will receive TestNet tokens for testing purposes.

According to an announcement of Switcheo, an ETA for the MainNet is slated for release on 18th May 2018. Additional token listings are also expected to be released on the exchange on that day. Switcheo is expected to freeze trading just before the release of the second MainNet. However, the users will be able to withdraw standing offers and tokens and shift them on the new smart contract. One can expect more announcements regarding this so that the users do not suffer from interruptions while trading. Presently, Switcheo has collaborated in two airdrop campaigns- Travala.com and SpotCoin. According to the team, Switcheo will focus on improving mobile user experience and performing tests on the new trading system in the next few weeks.

Investments in NEO will add variety to the trader/investor’s portfolio as the NEO platform can act differently from other major crypto coins. The features of NEO show real-world application of the blockchain technology. It should also be considered that the NEO blockchain had been designed to work in tandem with the regulations of China (considering the ban related to the cryptocurrencies in China last year). As China had heavily acted on Bitcoin and the cryptocurrency exchanges, NEO- a cryptocurrency following the Chinese regulations may become a good option for traders who had shied away since the ban.

Today (14th May 2018), NEO and São Paulo Digital Business Exchange (BOMESP) will take part in a community meetup in São Paulo, Brazil. Currently, BOMESP is running on the Ethereum platform but there are some commonalities with NEO. The aim of the meetup is to develop a distributed economy through tokenization. It remains to be seen what the discussions in the community meetup will lead to and how it will affect the journey of NEO.

Related Topics:20182018 predictionscryptocurrencyNEO
Up Next

Bitcoin Cash Struggles Against Resistance Ahead of Block Size Increase