HODLer eV announced today that their upcoming Android game Bitcoin HODLer will adopt Enjin Coin’s development platform to create blockchain-based characters that can move between gaming worlds. This will create an interesting dynamic as players will own characters that exist across parallel gaming realms, meaning their work and progress in one game will produce results in others.

“We believe game characters can and should exist outside individual games. By allowing players to take their achievements and progress to other games, Bitcoin HODLer will break gaming boundaries and make every HODL count.” Sebastian Vohrer, Co-founder of HODLer eV.

HODLer eV’s first game will be a single-player arcade-style adventure in which players can upgrade characters by finding and equipping items and building their character’s skill set. Different classes of characters will be available, with varying items and skills to match the character classes. All characters, items, and skills that move between games will be blockchain-based assets and tradable in decentralized marketplaces. Any future games produced by HODLer eV will be parallel games users can play with Bitcoin HODLer’s characters.

“This is a true gaming revolution, and we are thrilled to be part of it and contribute our little share to the crypto gaming community. Enjin’s platform makes true ownership of digital assets possible, so you keep HODLing your game characters… you just might need them in the future.” – Michel Chamoun, Co-founder of HODLer eV.

Filled with crypto-related ideas, memes, and items, Bitcoin HODLer is being created by two aerospace engineers who found the cryptocurrency culture fun and exciting and wanted to get involved. In one moment of the game, you could be attempting to dodge taxes, regulation, and hard forks; in the next, you might be too far in the green, causing Fomo Mode to activate, where you grow rockets that send you to the moon. 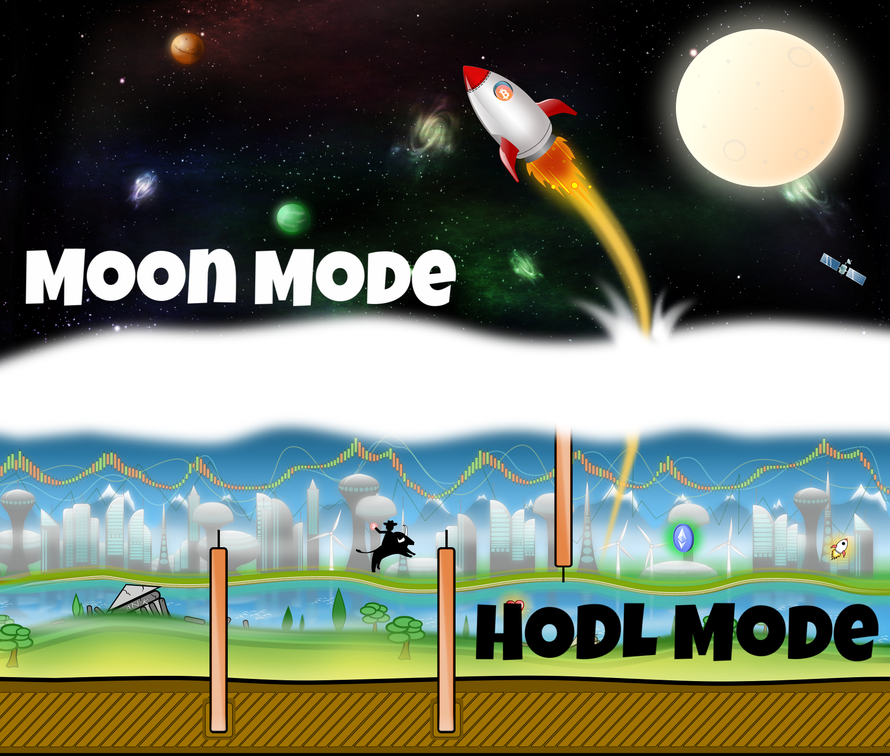 Another of its interesting gameplay mechanics, Bitcoin HODLer will track the real-world 24-hour price changes of altcoins, which will, in turn, affect the value of in-game “Bitcoin holdings” based on the percentage gain/loss of the respective altcoin you come across. Bitcoin HODLer is being built for Android with plans for it to be ported to iOS. Game production began in November 2017 and the game is due to be released later this year.

Bitcoin HODLer is being built with Unity, the world’s largest game development platform and partner of Enjin. HODLer eV will utilize the Blockchain SDK by Enjin to create blockchain assets and implement them into their game. The Blockchain SDK by Enjin has been submitted to Unity and will be added to the front page of the Unity Asset Store once approved. Upon its release, the toolset will be heavily promoted by both Enjin and Unity to the 4.5 million developers that use the Unity game engine.

Your Smartphone’s Storage Could Help Fuel the Future Smart City